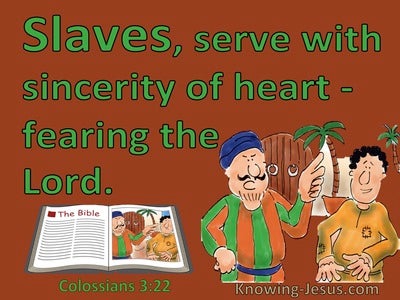 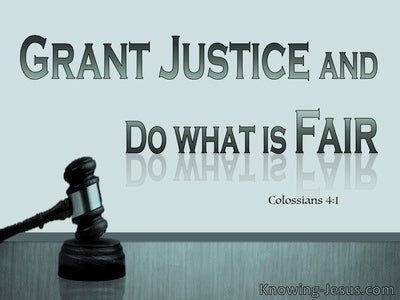 For do I now persuade men or God? or do I seek to please men? for if I yet pleased men, I should not be the slave of Christ.

Then Peter and the other apostles answered and said, We must persuade God rather than men.

Slaves, be obedient to those that are your masters according to the flesh, with fear and trembling, in simplicity of your heart as unto the Christ, not to be seen as only pleasing men, but as the slaves of the Christ, doing the will of God from within, with good will doing service as to the Lord and not to men,read more.
knowing that whatever good thing anyone does, the same shall they receive of the Lord, whether they are slaves or free. And, ye masters, do the same unto them, forbearing threats, knowing that their Master and yours is also in the heavens and that he is no respecter of persons.

Now at that time Herod the king stretched forth his hands to mistreat certain of the congregation . And he killed James the brother of John with the sword. And because he saw it pleased the Jews, he proceeded further to take Peter also. (Then were the days of unleavened bread.)

But after two years Felix received Porcius Festus as successor; and Felix, wanting to win the grace of the Jews, left Paul bound.

But Festus, willing to ingratiate himself with the Jews, answered Paul and said, Wilt thou go up to Jerusalem, and there be judged of these things before me?

not to be seen as only pleasing men, but as the slaves of the Christ, doing the will of God from within,

Slaves, in all things hearken unto your masters according to the flesh, not serving to be seen as those who only please men, but in simplicity of heart, fearing God;

Masters, do that which is just and right with your slaves, knowing that ye also have a Master in heaven.

I do not receive glory from men.

but because we have been approved of God that he might entrust us with the gospel, even so we speak, not as pleasing men, but God, who tries our hearts.

nor did we seek glory of men neither of you nor yet of others, when we might have been burdensome unto you as the apostles of Christ.

And he said unto them, Ye are they who justify themselves before men, but God knows your hearts, for that which is highly esteemed among men is abomination in the sight of God.

Therefore, be subject to every human ordinance that is of the Lord, whether it be to a king or to a superior,