29 Bible Verses about Peoples Who Fled 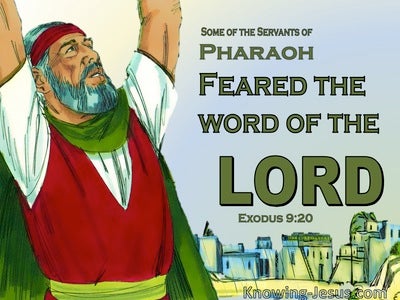 and they will enter into [the] caves of [the] rocks and into [the] holes of [the] ground from the presence of the terror of Yahweh and from the glory of his majesty {when he rises} to terrify the earth.

And in those days people will seek death and will never find it, and they will long to die, and death will flee from them.

Genesis 14:10
Verse Concepts
Bitumen and tarMineralsEscaping To Mountains
People Falling From A HeightSurvivors Of The Nations

Now the Valley of Siddim {was full of tar pits}. And the kings of Sodom and Gomorrah fled and {fell into them}, but the rest fled to the mountains.

Anyone from the servants of Pharaoh who feared the word of Yahweh caused his servants and livestock to flee to the houses.

And Moses stretched out his hand over the sea, and the sea returned {at daybreak} to its normal level, and [the] Egyptians [were] fleeing {because of it}, and Yahweh swept [the] Egyptians into the middle of the sea.

These [were] they who crossed the Jordan in the first month, when it was filled over its banks. And they put to flight all [who were in] the valley to the east and to the west.

For they have fled from [the] swords, from [the] drawn sword and [the] bent bow, and from [the] heaviness of [the] battle.

[There is the] sound of fugitives and survivors from the land of Babylon, to declare in Zion the vengeance of Yahweh our God, the vengeance for his temple.

When the {Ammonites} saw that Aram had fled, they fled from before Abishai and entered the city. Then Joab returned from [fighting] against the {Ammonites} and came to Jerusalem.

And when the {Ammonites} saw that Aram had fled, they also fled before Abishai his brother, and they came to the city. Then Joab came to Jerusalem.

Joab and all the people who [were] with him moved forward into the battle against Aram, and they fled from before him.

And Aram fled before Israel, and David killed from [the] Arameans seven hundred chariot teams and forty thousand horsemen. He struck down Shobach, the commander of his army, and he died there.

Each man killed his man, and the Arameans fled, so Israel pursued them, but Ben-Hadad king of Aram escaped on a horse with cavalry.

Then those who remained fled to Aphek, to the city, and the wall fell on twenty-seven thousand men who had remained, so Ben-Hadad fled and went to the innermost rooms of the city.

So they got up and fled at dusk and left their tents, their horses, their donkeys, and the camp as it was, and they fled for their lives.

And Joab and the people who [were] with him drew near before Aram for battle, and they fled before him.

And Aram fled before Israel. And David killed from Aram [the men of] seven thousand chariots and forty thousand foot soldiers, and he put to death Shophach the commander of the army.

Why do I see them terrified? [They are] turning back and their warriors are beaten down. And they have fled [to] a place of refuge and they do not turn [back]. Terror [is] from all around," {declares} Yahweh.

And each stood {in his place} all around the camp, and all the camp ran, and they cried out as they fled.

But when they came to the camp of Israel, Israel stood up and killed Moab, so that they fled from before them. They came at her and defeated Moab.

My heart cries out for Moab; its fugitives [flee] up to Zoar, to Eglath-shelishiyah. For [at] the ascent of Luhith it goes up it with weeping; for [on] the road of Horonaim they raise up a cry of destruction.

All the men of Israel who had hidden themselves in the hill country of Ephraim heard that [the] Philistines had fled, so even they pursued them closely in the battle.

Then David ran and stood over the Philistine and took his sword and drew it from its sheath and killed him and cut off his head with it. When the Philistines saw that their champion was dead, they fled.

War came again, so David went out and fought against [the] Philistines and {defeated them thoroughly} so that they fled before him.

Nineveh [is] like a pool of water without its water. {As they flee}, [she cries,] "Stop! Stop!" But there is no one who turns back.

{They themselves saw} [it], so they were astonished. They were terrified; they ran off.

"[The] kings of armies flee, they flee, and she [who] remains at home divides [the] spoil.

But these five kings fled and hid themselves in the cave at Makkedah.