15 Bible Verses about Poor Or Rich 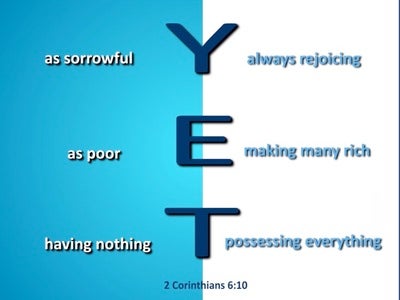 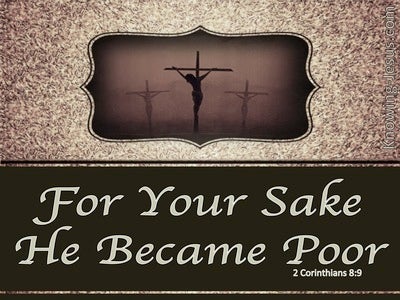 The LORD makes poor and makes rich; he brings low and lifts up.

Remove far from me vanity and lies: give me neither poverty nor riches; feed me with the bread of my judgment:

as sorrowful, yet always rejoicing; as poor, yet making many rich; as having nothing, and yet possessing all things.

For ye know the grace of our Lord Jesus Christ, that, though he was rich, yet for your sakes he became poor that ye through his poverty might be enriched.

I know thy works and tribulation and poverty, (but thou art rich), and I know the blasphemy of those who say they are Jews and are not, but are the synagogue of Satan.

Because thou sayest, I am rich and increased with goods and have need of nothing and knowest not that thou art wretched and miserable and poor and blind and naked,

And he said, Blessed be thou of the LORD, my daughter, for thou hast shown more mercy in the end than at the first, not going after the young men, whether poor or rich.

Both low and high, rich and poor, together.

The rich and poor meet together; the LORD is the maker of them all.

And he caused all, both small and great, rich and poor, free and slaves, to receive a mark in their right hand, or in their foreheads;

And the LORD sent Nathan unto David. And he came unto him and said unto him, There were two men in one city; the one rich and the other poor. The rich man had exceeding many sheep and cows, but the poor man had nothing except one little ewe lamb, which he had bought and nourished up, and it grew up together with him and with his children; it ate of his own food and drank of his own cup and lay in his bosom and was unto him as a daughter.read more.
And a traveller came unto the rich man, who did not wish to take of his own sheep and of his own cows to dress for the wayfaring man that was come unto him, but took the poor man's lamb and dressed it for the man that had come to him.

And he shall prepare a present of an ephah of fine flour with the calf, and another ephah with each ram, and for the lambs according as his hand shall attain unto, and a hin of oil with each ephah.

And in the feasts and in the solemnities the present shall be an ephah of fine flour with each calf, and another ephah with each ram, and with the lambs as he is able to give, and a hin of oil with each ephah.