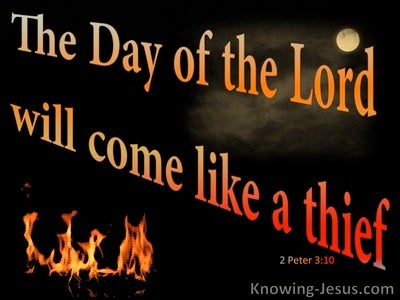 Out from the throne came flashes of lightning and rumblings and peals of thunder, and in front of the throne seven blazing torches burned, which are the seven Spirits of God [ the sevenfold Holy Spirit];

And there followed lightning flashes, loud rumblings, peals of thunder, and a tremendous earthquake; nothing like it has ever occurred since men dwelt on the earth, so severe and far-reaching was that earthquake.

For the Lord takes pleasure in His people; He will beautify the humble with salvation and adorn the wretched with victory.

Hear, oh, hear the roar of His voice and the sound of rumbling that goes out of His mouth!

After it His voice roars; He thunders with the voice of His majesty, and He restrains not [His lightnings against His adversaries] when His voice is heard.

At the noise of the stamping of the hoofs of [the Chaldean king's] war-horses, at the rattling of his chariots, and at the rumbling of his wheels, the fathers do not look back to their children, so feeble are their hands [with terror]

We all groan and growl like bears and moan plaintively like doves. We look for justice, but there is none; for salvation, but it is far from us.

Let them wander up and down for food and tarry all night if they are not satisfied (not getting their fill).

The cracking of the whip, the noise of the rattling of wheels, and prancing horses and chariots rumbling and bounding,

But the day of the Lord will come like a thief, and then the heavens will vanish (pass away) with a thunderous crash, and the [ material] elements [of the universe] will be dissolved with fire, and the earth and the works that are upon it will be burned up.