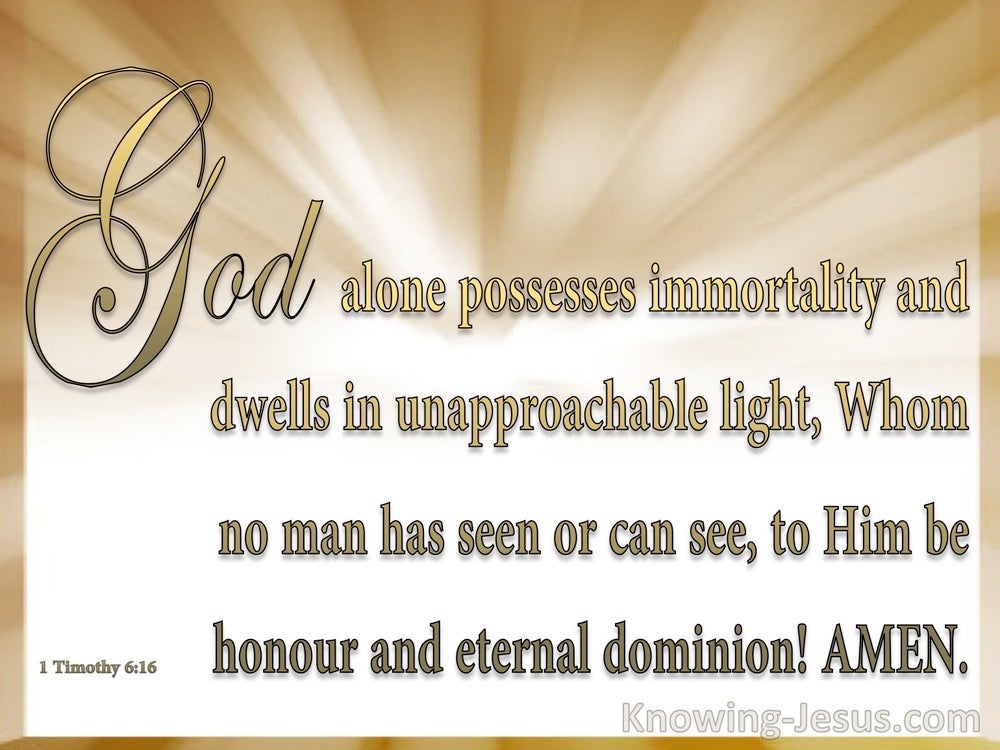 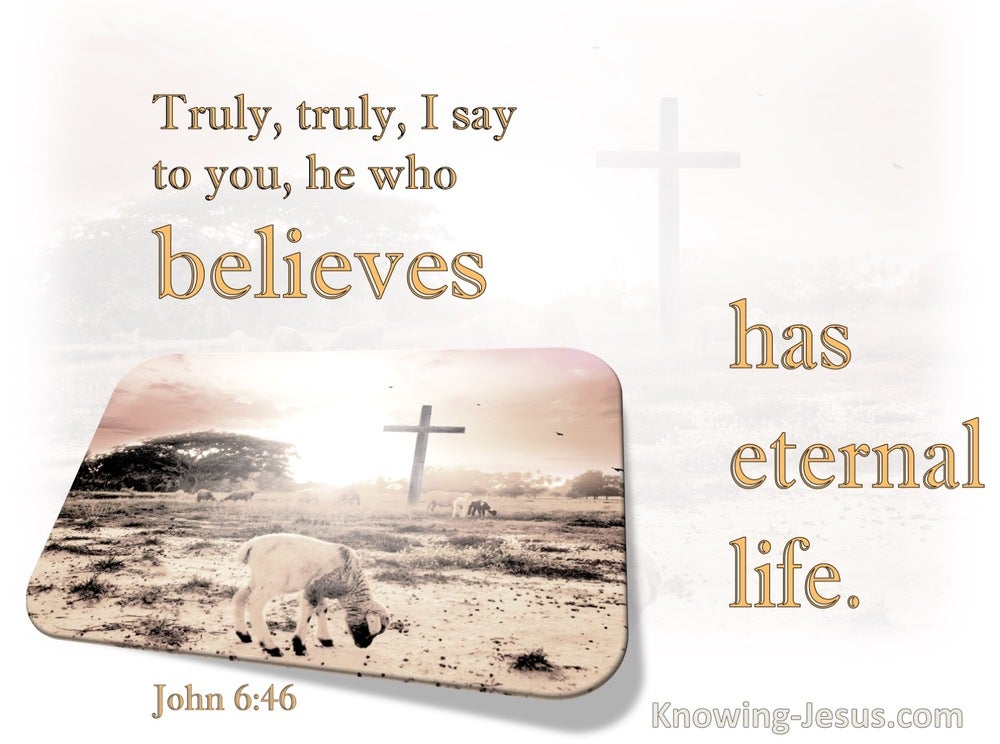 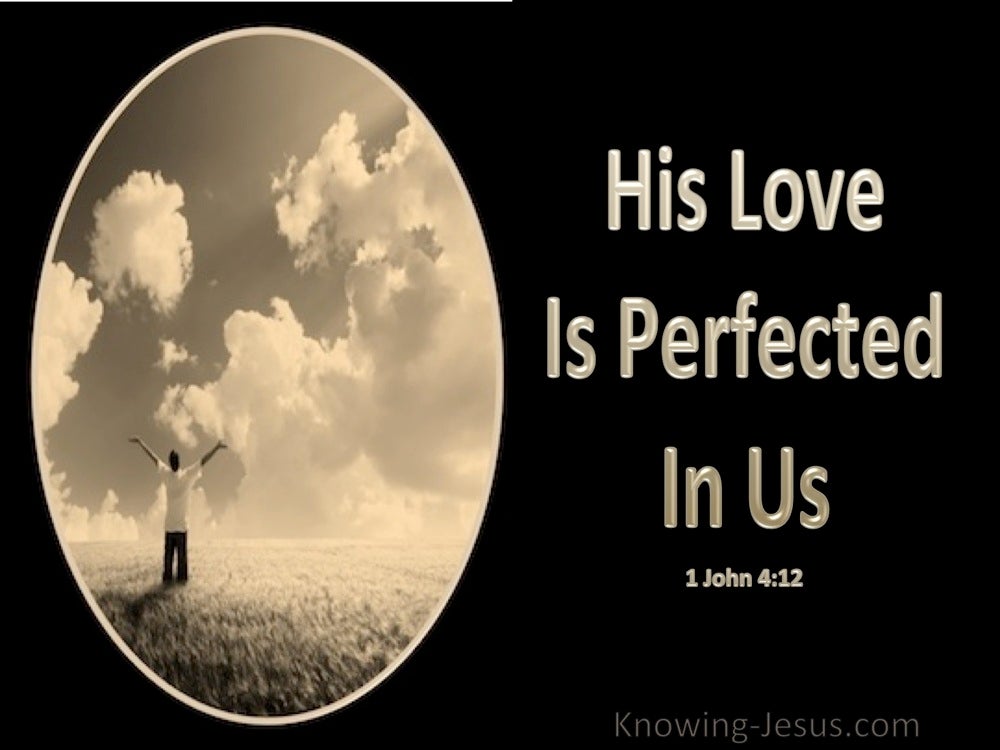 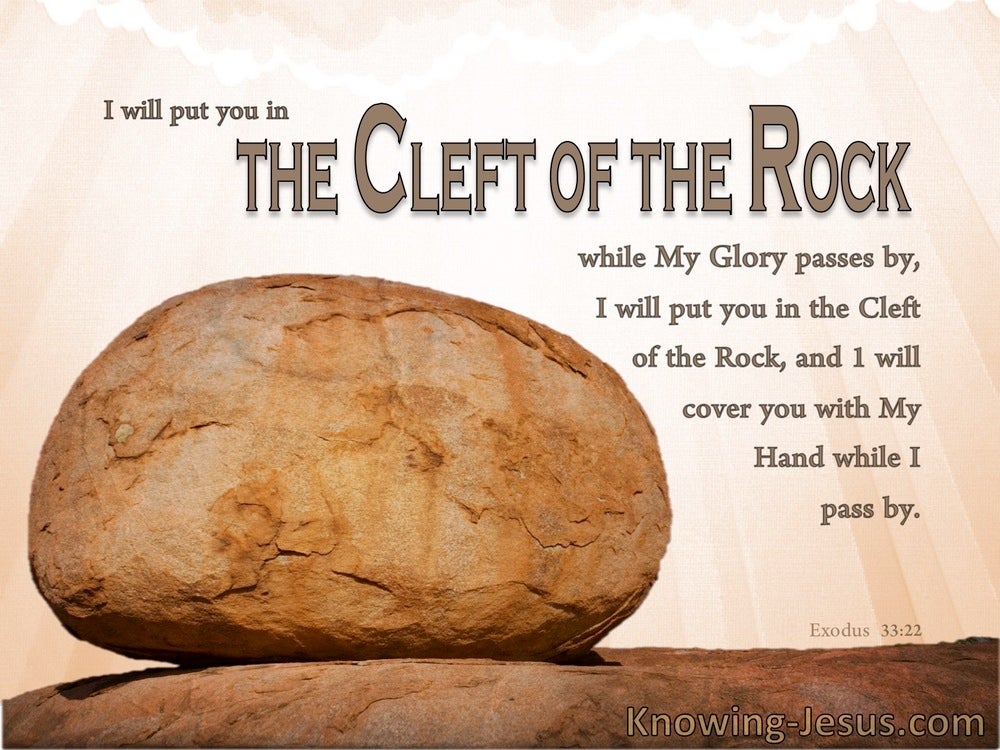 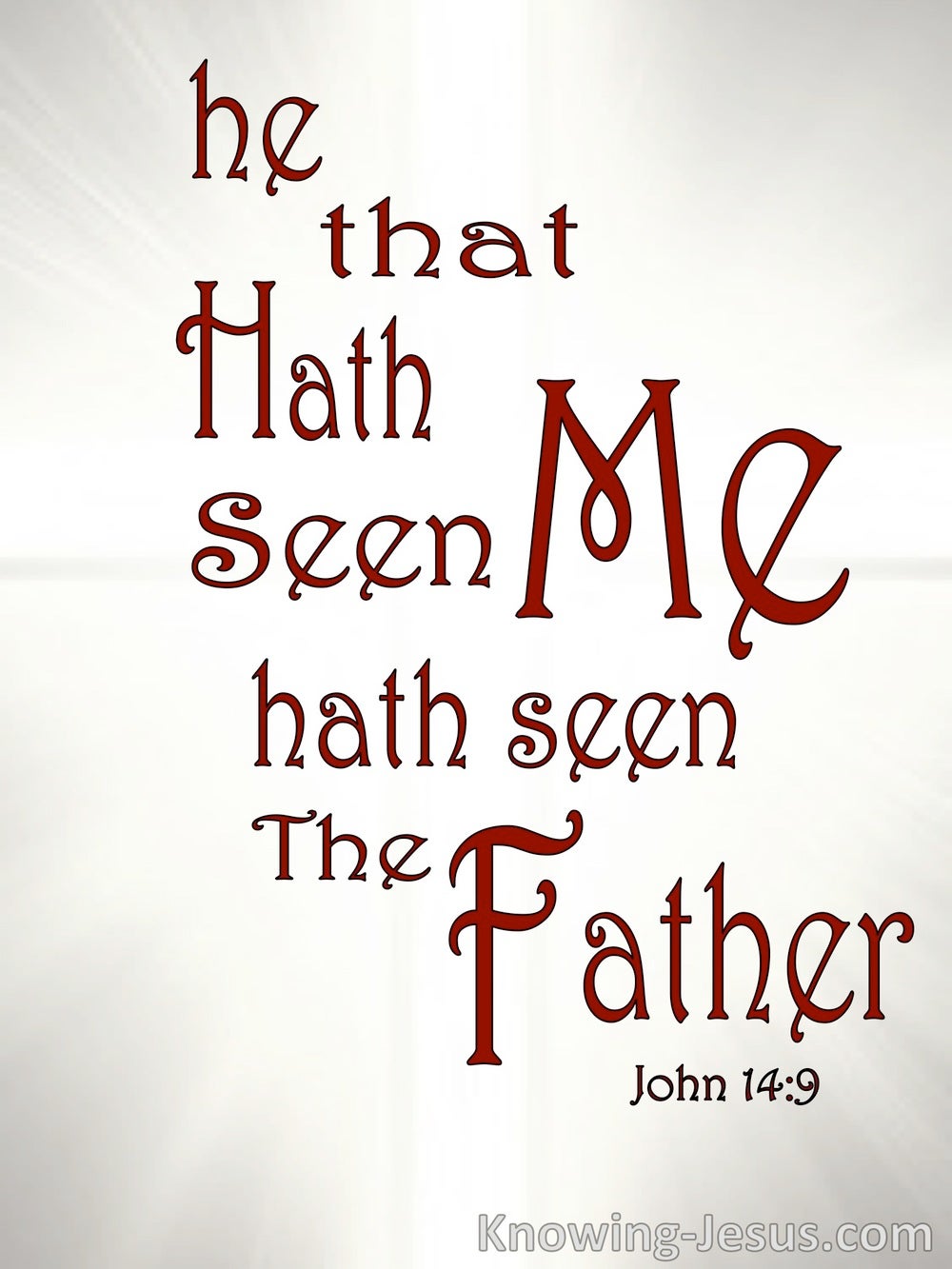 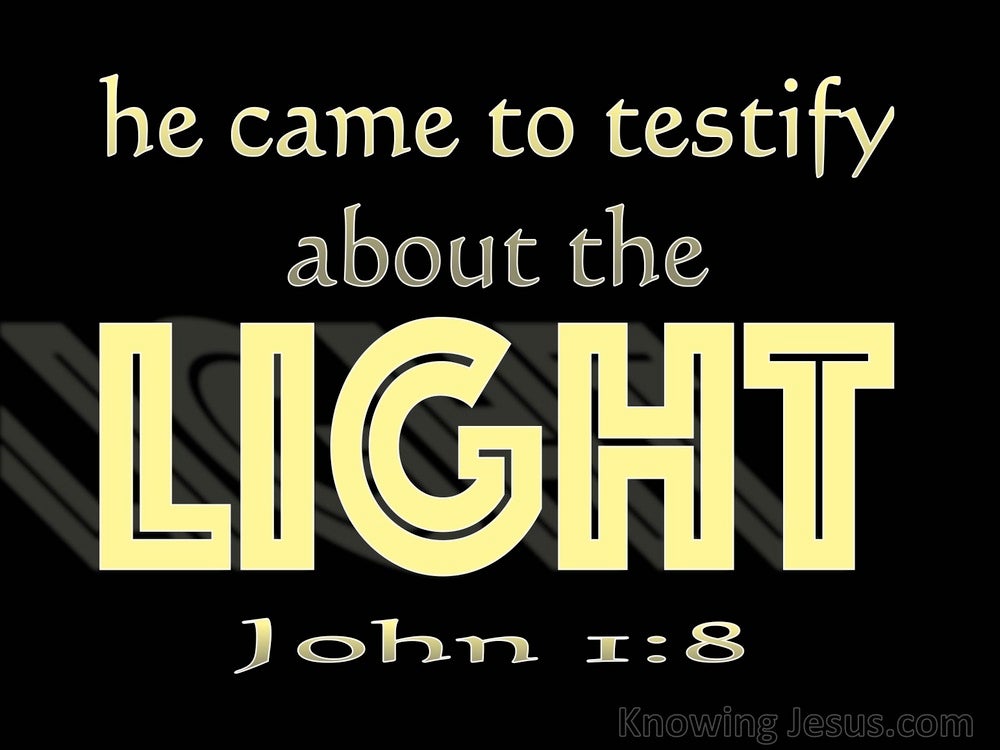 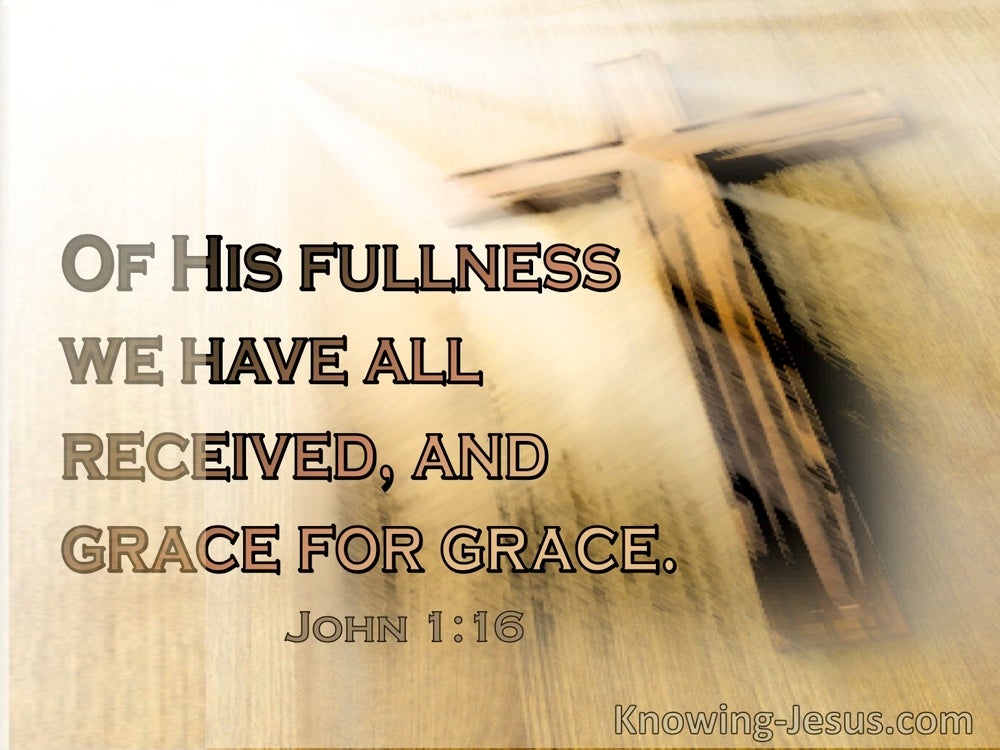 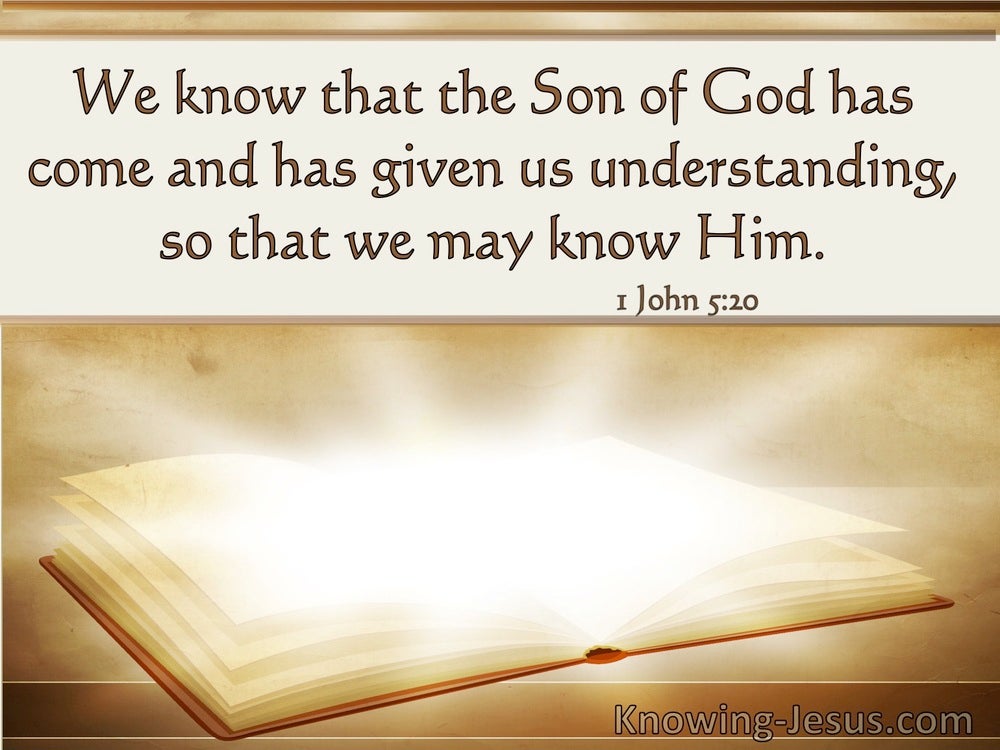 which He will bring about at the proper time—He who is the blessed and only Sovereign, the King of kings and Lord of lords, who alone possesses immortality and dwells in unapproachable light, whom no man has seen or can see. To Him be honor and eternal dominion! Amen.

Remember the day you stood before the Lord your God at Horeb, when the Lord said to me, ‘Assemble the people to Me, that I may let them hear My words so they may learn to fear Me all the days they live on the earth, and that they may teach their children.’ You came near and stood at the foot of the mountain, and the mountain burned with fire to the very heart of the heavens: darkness, cloud and thick gloom. Then the Lord spoke to you from the midst of the fire; you heard the sound of words, but you saw no form—only a voice.

Now to the King eternal, immortal, invisible, the only God, be honor and glory forever and ever. Amen.

Then the Lord said, “Behold, there is a place by Me, and you shall stand there on the rock; and it will come about, while My glory is passing by, that I will put you in the cleft of the rock and cover you with My hand until I have passed by. Then I will take My hand away and you shall see My back, but My face shall not be seen.”

Then she called the name of the Lord who spoke to her, “You are a God who sees”; for she said, “Have I even remained alive here after seeing Him?” Therefore the well was called Beer-lahai-roi; behold, it is between Kadesh and Bered.

Then the Lord came down in a pillar of cloud and stood at the doorway of the tent, and He called Aaron and Miriam. When they had both come forward, He said,
“Hear now My words:
If there is a prophet among you,
I, the Lord, shall make Myself known to him in a vision.
I shall speak with him in a dream.
“Not so, with My servant Moses,
He is faithful in all My household;
read more.
With him I speak mouth to mouth,
Even openly, and not in dark sayings,
And he beholds the form of the Lord.
Why then were you not afraid
To speak against My servant, against Moses?”

Then the angel of the Lord came and sat under the oak that was in Ophrah, which belonged to Joash the Abiezrite as his son Gideon was beating out wheat in the wine press in order to save it from the Midianites. The angel of the Lord appeared to him and said to him, “The Lord is with you, O valiant warrior.” Then Gideon said to him, “O my lord, if the Lord is with us, why then has all this happened to us? And where are all His miracles which our fathers told us about, saying, ‘Did not the Lord bring us up from Egypt?’ But now the Lord has abandoned us and given us into the hand of Midian.”read more.
The Lord looked at him and said, “Go in this your strength and deliver Israel from the hand of Midian. Have I not sent you?” He said to Him, “O Lord, how shall I deliver Israel? Behold, my family is the least in Manasseh, and I am the youngest in my father’s house.” But the Lord said to him, “Surely I will be with you, and you shall defeat Midian as one man.” So Gideon said to Him, “If now I have found favor in Your sight, then show me a sign that it is You who speak with me. Please do not depart from here, until I come back to You, and bring out my offering and lay it before You.” And He said, “I will remain until you return.” Then Gideon went in and prepared a young goat and unleavened bread from an ephah of flour; he put the meat in a basket and the broth in a pot, and brought them out to him under the oak and presented them. The angel of God said to him, “Take the meat and the unleavened bread and lay them on this rock, and pour out the broth.” And he did so. Then the angel of the Lord put out the end of the staff that was in his hand and touched the meat and the unleavened bread; and fire sprang up from the rock and consumed the meat and the unleavened bread. Then the angel of the Lord vanished from his sight. When Gideon saw that he was the angel of the Lord, he said, “Alas, O Lord God! For now I have seen the angel of the Lord face to face.” The Lord said to him, “Peace to you, do not fear; you shall not die.” Then Gideon built an altar there to the Lord and named it The Lord is Peace. To this day it is still in Ophrah of the Abiezrites.

Then Jacob was left alone, and a man wrestled with him until daybreak. When he saw that he had not prevailed against him, he touched the socket of his thigh; so the socket of Jacob’s thigh was dislocated while he wrestled with him. Then he said, “Let me go, for the dawn is breaking.” But he said, “I will not let you go unless you bless me.”read more.
So he said to him, “What is your name?” And he said, “Jacob.” He said, “Your name shall no longer be Jacob, but Israel; for you have striven with God and with men and have prevailed.” Then Jacob asked him and said, “Please tell me your name.” But he said, “Why is it that you ask my name?” And he blessed him there. So Jacob named the place Peniel, for he said, “I have seen God face to face, yet my life has been preserved.”

Then the Lord spoke to Moses, “Go down, warn the people, so that they do not break through to the Lord to gaze, and many of them perish.

Micaiah said, “Therefore, hear the word of the Lord. I saw the Lord sitting on His throne, and all the host of heaven standing by Him on His right and on His left.

Micaiah said, “Therefore, hear the word of the Lord. I saw the Lord sitting on His throne, and all the host of heaven standing on His right and on His left.

Philip *said to Him, “Lord, show us the Father, and it is enough for us.” Jesus *said to him, “Have I been so long with you, and yet you have not come to know Me, Philip? He who has seen Me has seen the Father; how can you say, ‘Show us the Father’?

He is the image of the invisible God, the firstborn of all creation.

In the beginning was the Word, and the Word was with God, and the Word was God. He was in the beginning with God. All things came into being through Him, and apart from Him nothing came into being that has come into being.read more.
In Him was life, and the life was the Light of men. The Light shines in the darkness, and the darkness did not comprehend it. There came a man sent from God, whose name was John. He came as a witness, to testify about the Light, so that all might believe through him. He was not the Light, but he came to testify about the Light. There was the true Light which, coming into the world, enlightens every man. He was in the world, and the world was made through Him, and the world did not know Him. He came to His own, and those who were His own did not receive Him. But as many as received Him, to them He gave the right to become children of God, even to those who believe in His name, who were born, not of blood nor of the will of the flesh nor of the will of man, but of God. And the Word became flesh, and dwelt among us, and we saw His glory, glory as of the only begotten from the Father, full of grace and truth. John *testified about Him and cried out, saying, “This was He of whom I said, ‘He who comes after me has a higher rank than I, for He existed before me.’” For of His fullness we have all received, and grace upon grace. For the Law was given through Moses; grace and truth were realized through Jesus Christ. No one has seen God at any time; the only begotten God who is in the bosom of the Father, He has explained Him.

For now we see in a mirror dimly, but then face to face; now I know in part, but then I will know fully just as I also have been fully known.

“Even after my skin is destroyed,
Yet from my flesh I shall see God;
Whom I myself shall behold,
And whom my eyes will see and not another.
My heart faints within me!

As for me, I shall behold Your face in righteousness;
I will be satisfied with Your likeness when I awake.

Pursue peace with all men, and the sanctification without which no one will see the Lord.