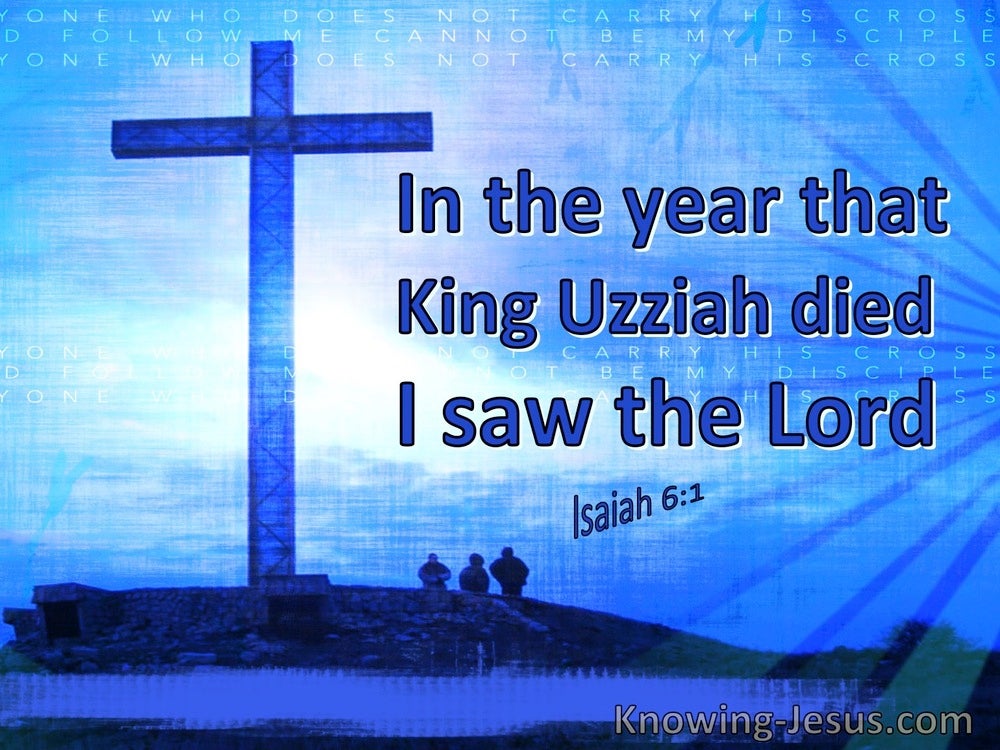 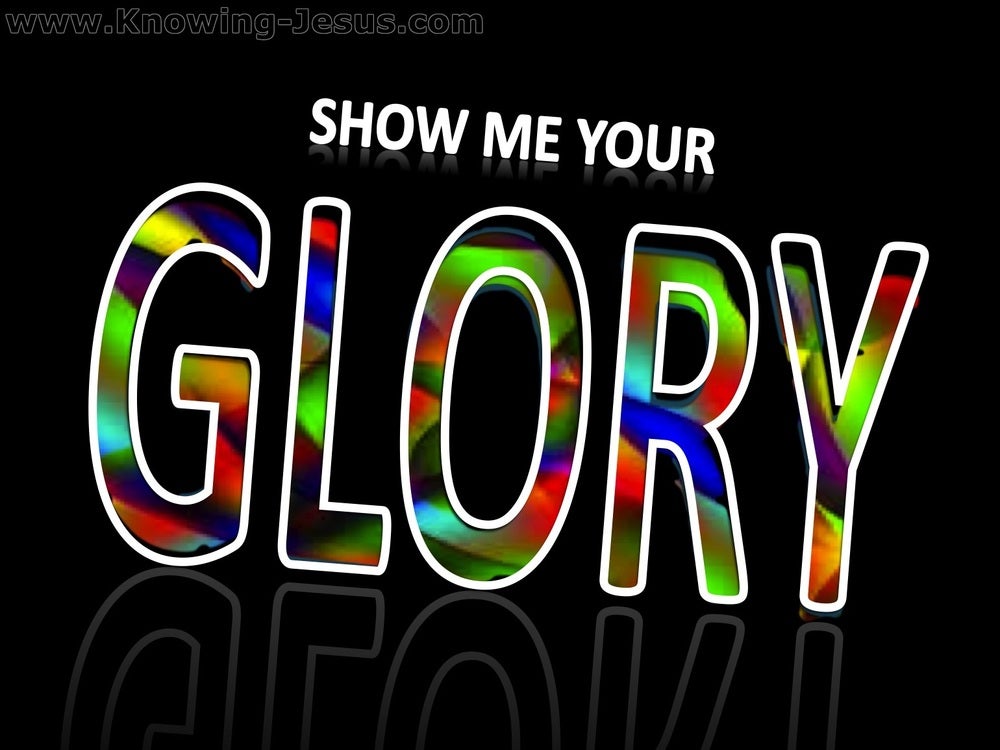 and in the morning you will see the glory of the Lord, for He hears your grumblings against the Lord; and what are we, that you grumble against us?” Moses said, “This will happen when the Lord gives you meat to eat in the evening, and bread to the full in the morning; for the Lord hears your grumblings which you grumble against Him. And what are we? Your grumblings are not against us but against the Lord.” Then Moses said to Aaron, “Say to all the congregation of the sons of Israel, ‘Come near before the Lord, for He has heard your grumblings.’”read more.
It came about as Aaron spoke to the whole congregation of the sons of Israel, that they looked toward the wilderness, and behold, the glory of the Lord appeared in the cloud.

I will meet there with the sons of Israel, and it shall be consecrated by My glory.

Then Moses and Aaron came in from the presence of the assembly to the doorway of the tent of meeting and fell on their faces. Then the glory of the Lord appeared to them;

in unison when the trumpeters and the singers were to make themselves heard with one voice to praise and to glorify the Lord, and when they lifted up their voice accompanied by trumpets and cymbals and instruments of music, and when they praised the Lord saying, “He indeed is good for His lovingkindness is everlasting,” then the house, the house of the Lord, was filled with a cloud, so that the priests could not stand to minister because of the cloud, for the glory of the Lord filled the house of God.

Then He brought me by way of the north gate to the front of the house; and I looked, and behold, the glory of the Lord filled the house of the Lord, and I fell on my face.

I will shake all the nations; and they will come with the wealth of all nations, and I will fill this house with glory,’ says the Lord of hosts.

Shout for joy, O heavens, for the Lord has done it!
Shout joyfully, you lower parts of the earth;
Break forth into a shout of joy, you mountains,
O forest, and every tree in it;
For the Lord has redeemed Jacob
And in Israel He shows forth His glory.

Surely His salvation is near to those who fear Him,
That glory may dwell in our land.

“I will say to the north, ‘Give them up!’
And to the south, ‘Do not hold them back.’
Bring My sons from afar
And My daughters from the ends of the earth,
Everyone who is called by My name,
And whom I have created for My glory,
Whom I have formed, even whom I have made.”

“I bring near My righteousness, it is not far off;
And My salvation will not delay.
And I will grant salvation in Zion,
And My glory for Israel.

He said to Me, “You are My Servant, Israel,
In Whom I will show My glory.”

“Behold, you will call a nation you do not know,
And a nation which knows you not will run to you,
Because of the Lord your God, even the Holy One of Israel;
For He has glorified you.”

and said to him, “Run, speak to that young man, saying, ‘Jerusalem will be inhabited without walls because of the multitude of men and cattle within it. For I,’ declares the Lord, ‘will be a wall of fire around her, and I will be the glory in her midst.’”

Then Moses said, “I pray You, show me Your glory!” And He said, “I Myself will make all My goodness pass before you, and will proclaim the name of the Lord before you; and I will be gracious to whom I will be gracious, and will show compassion on whom I will show compassion.” But He said, “You cannot see My face, for no man can see Me and live!”read more.
Then the Lord said, “Behold, there is a place by Me, and you shall stand there on the rock; and it will come about, while My glory is passing by, that I will put you in the cleft of the rock and cover you with My hand until I have passed by. Then I will take My hand away and you shall see My back, but My face shall not be seen.”

So I got up and went out to the plain; and behold, the glory of the Lord was standing there, like the glory which I saw by the river Chebar, and I fell on my face.

And behold, the glory of the God of Israel was there, like the appearance which I saw in the plain.

Then the glory of the God of Israel went up from the cherub on which it had been, to the threshold of the temple. And He called to the man clothed in linen at whose loins was the writing case.

Then the glory of the Lord went up from the cherub to the threshold of the temple, and the temple was filled with the cloud and the court was filled with the brightness of the glory of the Lord. Moreover, the sound of the wings of the cherubim was heard as far as the outer court, like the voice of God Almighty when He speaks. It came about when He commanded the man clothed in linen, saying, “Take fire from between the whirling wheels, from between the cherubim,” he entered and stood beside a wheel.read more.
Then the cherub stretched out his hand from between the cherubim to the fire which was between the cherubim, took some and put it into the hands of the one clothed in linen, who took it and went out. The cherubim appeared to have the form of a man’s hand under their wings. Then I looked, and behold, four wheels beside the cherubim, one wheel beside each cherub; and the appearance of the wheels was like the gleam of a Tarshish stone. As for their appearance, all four of them had the same likeness, as if one wheel were within another wheel. When they moved, they went in any of their four directions without turning as they went; but they followed in the direction which they faced, without turning as they went. Their whole body, their backs, their hands, their wings and the wheels were full of eyes all around, the wheels belonging to all four of them. The wheels were called in my hearing, the whirling wheels. And each one had four faces. The first face was the face of a cherub, the second face was the face of a man, the third the face of a lion, and the fourth the face of an eagle. Then the cherubim rose up. They are the living beings that I saw by the river Chebar. Now when the cherubim moved, the wheels would go beside them; also when the cherubim lifted up their wings to rise from the ground, the wheels would not turn from beside them. When the cherubim stood still, the wheels would stand still; and when they rose up, the wheels would rise with them, for the spirit of the living beings was in them. Then the glory of the Lord departed from the threshold of the temple and stood over the cherubim.