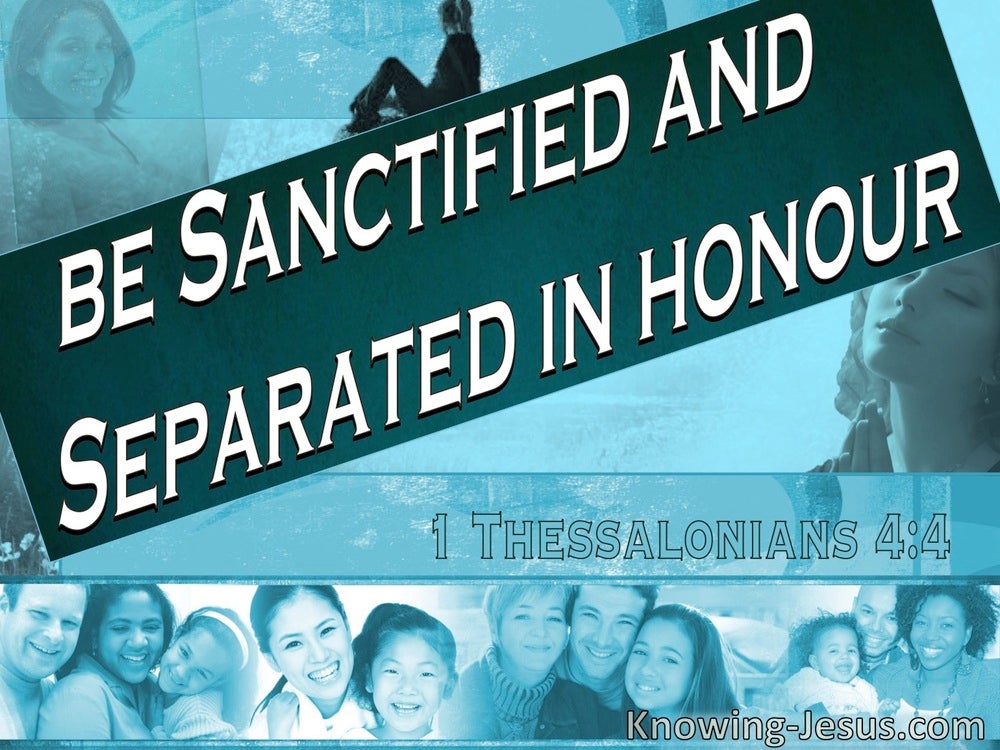 It is actually reported that there is immorality among you, and immorality of such a kind as does not exist even among the Gentiles, that someone has his father’s wife.

For certain persons have crept in unnoticed, those who were long beforehand marked out for this condemnation, ungodly persons who turn the grace of our God into licentiousness and deny our only Master and Lord, Jesus Christ.

For this you know with certainty, that no immoral or impure person or covetous man, who is an idolater, has an inheritance in the kingdom of Christ and God.

Therefore consider the members of your earthly body as dead to immorality, impurity, passion, evil desire, and greed, which amounts to idolatry. For it is because of these things that the wrath of God will come upon the sons of disobedience,

For this is the will of God, your sanctification; that is, that you abstain from sexual immorality; that each of you know how to possess his own vessel in sanctification and honor, not in lustful passion, like the Gentiles who do not know God;read more.
and that no man transgress and defraud his brother in the matter because the Lord is the avenger in all these things, just as we also told you before and solemnly warned you.

just as Sodom and Gomorrah and the cities around them, since they in the same way as these indulged in gross immorality and went after strange flesh, are exhibited as an example in undergoing the punishment of eternal fire.

To deliver you from the strange woman,
From the adulteress who flatters with her words;
That leaves the companion of her youth
And forgets the covenant of her God;
For her house sinks down to death
And her tracks lead to the dead;
read more.
None who go to her return again,
Nor do they reach the paths of life.

The mouth of an adulteress is a deep pit;
He who is cursed of the Lord will fall into it.

Thus I will judge you like women who commit adultery or shed blood are judged; and I will bring on you the blood of wrath and jealousy.

Therefore God gave them over in the lusts of their hearts to impurity, so that their bodies would be dishonored among them. For they exchanged the truth of God for a lie, and worshiped and served the creature rather than the Creator, who is blessed forever. Amen. For this reason God gave them over to degrading passions; for their women exchanged the natural function for that which is unnatural,read more.
and in the same way also the men abandoned the natural function of the woman and burned in their desire toward one another, men with men committing indecent acts and receiving in their own persons the due penalty of their error.