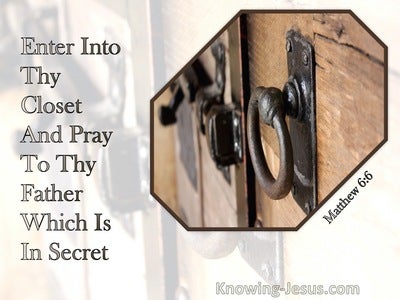 "Speak to the children of Israel, and tell them that they should make themselves fringes in the borders of their garments throughout their generations, and that they put on the fringe of each border a cord of blue:

You shall make yourselves fringes on the four borders of your cloak, with which you cover yourself.

Behold, a woman who had an issue of blood for twelve years came behind him, and touched the fringe of his garment;

Mark 5:27
Verse Concepts
Touching For HealingHearing About ChristCrowds Around Jesus
Outer GarmentsDrawing Near To Christ

having heard the things concerning Jesus, came up behind him in the crowd, and touched his clothes.

came behind him, and touched the fringe of his cloak, and immediately the flow of her blood stopped.

and they begged him that they might just touch the fringe of his garment. As many as touched it were made whole.

Wherever he entered, into villages, or into cities, or into the country, they laid the sick in the marketplaces, and begged him that they might touch just the fringe of his garment; and as many as touched him were made well.

and it shall be to you for a fringe, that you may look on it, and remember all the commandments of Yahweh, and do them; and that you not follow after your own heart and your own eyes, after which you use to play the prostitute; that you may remember and do all my commandments, and be holy to your God. I am Yahweh your God, who brought you out of the land of Egypt, to be your God: I am Yahweh your God."

But all their works they do to be seen by men. They make their phylacteries broad, enlarge the fringes of their garments, and love the place of honor at feasts, the best seats in the synagogues, the salutations in the marketplaces, and to be called 'Rabbi, Rabbi' by men.

In his teaching he said to them, "Beware of the scribes, who like to walk in long robes, and to get greetings in the marketplaces, and the best seats in the synagogues, and the best places at feasts:

"Beware of the scribes, who like to walk in long robes, and love greetings in the marketplaces, the best seats in the synagogues, and the best places at feasts;