18 Bible Verses about Tax To Be Paid 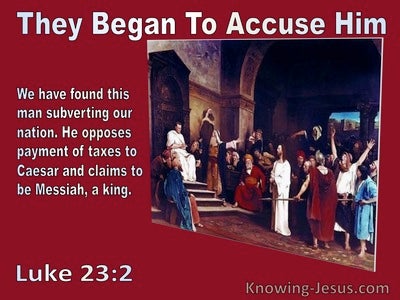 This shall be given by every one that passes among those that are numbered: half a shekel after the shekel of the sanctuary (a shekel is twenty gerahs); a half shekel shall be the offering to the LORD.

The rich shall not give more, and the poor shall not give less than half a shekel, when they give the offering unto the LORD to make reconciliation for your souls.

A half per head, that is, half a shekel, according to the shekel of the sanctuary, for every one that went to be numbered, from twenty years old and upward, which were six hundred and three thousand five hundred and fifty.

Also we made ordinances for us, to charge ourselves yearly with the third part of a shekel for the service of the house of our God,

But the former captains that had been before me had charged the people and had taken of them for bread and wine, upon forty shekels of silver; and in addition to this their servants bore rule over the people; but I did not do so because of the fear of God.

And there were some that said, We have borrowed money for the king's tribute, and that upon our lands and vineyards.

Tell us therefore, What thinkest thou? Is it lawful to give tribute unto Caesar or not?

And when they were come, they say unto him, Master, we know that thou art a man of truth who regards no man; for thou dost not look upon the appearance of men, but dost with truth teach the way of God; is it lawful to give tribute to Caesar or not? Shall we give or shall we not give? Then he, understanding their hypocrisy, said unto them, Why tempt ye me? Bring me the coin that I may see it.

Is it lawful for us to give tribute unto Caesar or no?

Shall we give or shall we not give? Then he, understanding their hypocrisy, said unto them, Why tempt ye me? Bring me the coin that I may see it.

And they began to accuse him, saying, We found this fellow perverting the nation and forbidding to give tribute to Caesar, saying that he himself is Christ a King.

He said, Yes. And when he was come into the house, Jesus spoke unto him first, saying, What thinkest thou, Simon? of whom do the kings of the earth take custom or tribute? of their own sons or of strangers?

For this cause ye also pay them tribute, for they are God's ministers, attending continually to this very thing.

Show me the coin of the tribute. And they presented unto him a denarius.

Render therefore to all their dues: tribute to whom tribute is due; custom to whom custom; fear to whom fear; honour to whom honour.