10 Bible Verses about The Completion Of The Age 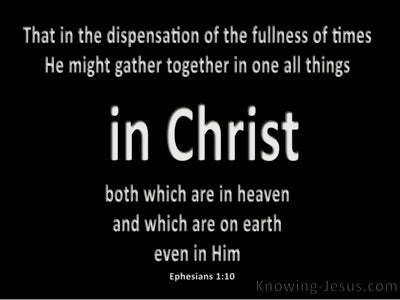 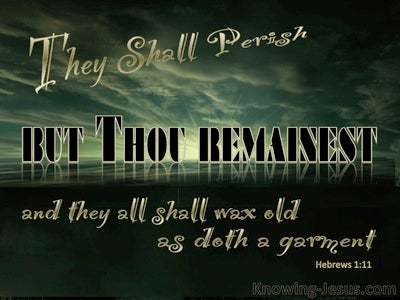 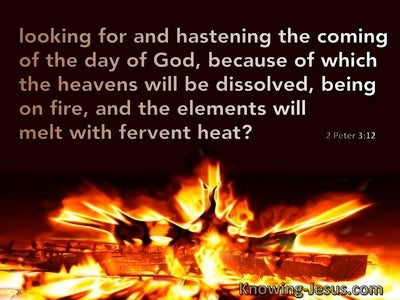 “For behold, I create new heavens and a new earth;
And the former things will not be remembered or come to mind.

“For just as the new heavens and the new earth
Which I make will endure before Me,” declares the Lord,
“So your offspring and your name will endure.

And Jesus said to them, “Truly I say to you, that you who have followed Me, in the regeneration when the Son of Man will sit on His glorious throne, you also shall sit upon twelve thrones, judging the twelve tribes of Israel.

He made known to us the mystery of His will, according to His kind intention which He purposed in Him with a view to an administration suitable to the fullness of the times, that is, the summing up of all things in Christ, things in the heavens and things on the earth. In Him

They will perish, but You remain;
And they all will become old like a garment,
And like a mantle You will roll them up;
Like a garment they will also be changed.
But You are the same,
And Your years will not come to an end.”

But the day of the Lord will come like a thief, in which the heavens will pass away with a roar and the elements will be destroyed with intense heat, and the earth and its works will be burned up. Since all these things are to be destroyed in this way, what sort of people ought you to be in holy conduct and godliness, looking for and hastening the coming of the day of God, because of which the heavens will be destroyed by burning, and the elements will melt with intense heat!

Then I saw a new heaven and a new earth; for the first heaven and the first earth passed away, and there is no longer any sea. And I saw the holy city, new Jerusalem, coming down out of heaven from God, made ready as a bride adorned for her husband. And I heard a loud voice from the throne, saying, “Behold, the tabernacle of God is among men, and He will dwell among them, and they shall be His people, and God Himself will be among them,read more.
and He will wipe away every tear from their eyes; and there will no longer be any death; there will no longer be any mourning, or crying, or pain; the first things have passed away.” And He who sits on the throne said, “Behold, I am making all things new.” And He *said, “Write, for these words are faithful and true.”

Then He left the crowds and went into the house. And His disciples came to Him and said, “Explain to us the parable of the tares of the field.” And He said, “The one who sows the good seed is the Son of Man, and the field is the world; and as for the good seed, these are the sons of the kingdom; and the tares are the sons of the evil one;read more.
and the enemy who sowed them is the devil, and the harvest is the end of the age; and the reapers are angels. So just as the tares are gathered up and burned with fire, so shall it be at the end of the age. The Son of Man will send forth His angels, and they will gather out of His kingdom all stumbling blocks, and those who commit lawlessness, and will throw them into the furnace of fire; in that place there will be weeping and gnashing of teeth. Then the righteous will shine forth as the sun in the kingdom of their Father. He who has ears, let him hear.

All the nations will be gathered before Him; and He will separate them from one another, as the shepherd separates the sheep from the goats; and He will put the sheep on His right, and the goats on the left. “Then the King will say to those on His right, ‘Come, you who are blessed of My Father, inherit the kingdom prepared for you from the foundation of the world.read more.
For I was hungry, and you gave Me something to eat; I was thirsty, and you gave Me something to drink; I was a stranger, and you invited Me in; naked, and you clothed Me; I was sick, and you visited Me; I was in prison, and you came to Me.’ Then the righteous will answer Him, ‘Lord, when did we see You hungry, and feed You, or thirsty, and give You something to drink? And when did we see You a stranger, and invite You in, or naked, and clothe You? When did we see You sick, or in prison, and come to You?’ The King will answer and say to them, ‘Truly I say to you, to the extent that you did it to one of these brothers of Mine, even the least of them, you did it to Me.’ “Then He will also say to those on His left, ‘Depart from Me, accursed ones, into the eternal fire which has been prepared for the devil and his angels;