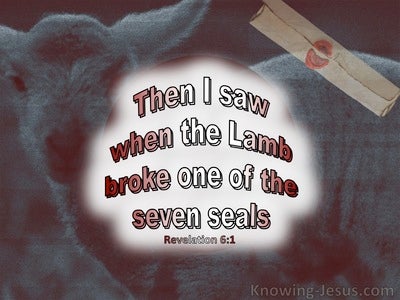 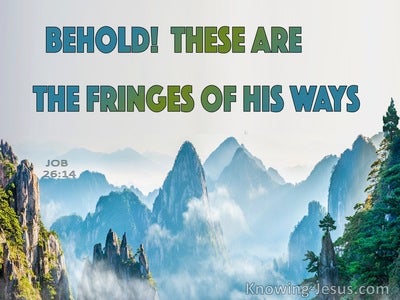 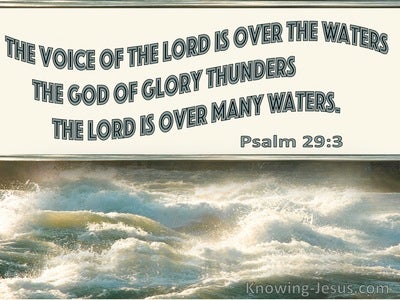 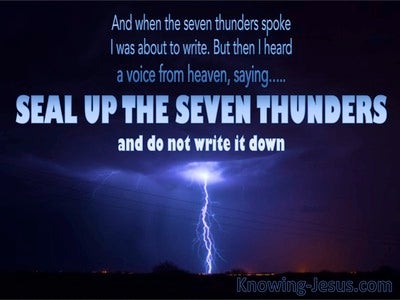 Its noise tells about him, and the livestock also concerning the storm that comes up.

It happened on the third day, when it was morning, that there were thunders and lightnings, and a thick cloud on the mountain, and the sound of an exceedingly loud trumpet; and all the people who were in the camp trembled.

Isn't it wheat harvest today? I will call to Yahweh, that he may send thunder and rain; and you shall know and see that your wickedness is great, which you have done in the sight of Yahweh, in asking for a king." So Samuel called to Yahweh; and Yahweh sent thunder and rain that day: and all the people greatly feared Yahweh and Samuel.

Behold, these are but the outskirts of his ways. How small a whisper do we hear of him! But the thunder of his power who can understand?"

After it a voice roars. He thunders with the voice of his majesty. He doesn't hold back anything when his voice is heard. God thunders marvelously with his voice. He does great things, which we can't comprehend.

Yahweh also thundered in the sky. The Most High uttered his voice: hailstones and coals of fire.

To him who rides on the heaven of heavens, which are of old; behold, he utters his voice, a mighty voice.

You called in trouble, and I delivered you. I answered you in the secret place of thunder. I tested you at the waters of Meribah." Selah.

The multitude therefore, who stood by and heard it, said that it had thundered. Others said, "An angel has spoken to him."

Out of the throne proceed lightnings, sounds, and thunders. There were seven lamps of fire burning before his throne, which are the seven Spirits of God.

I saw that the Lamb opened one of the seven seals, and I heard one of the four living creatures saying, as with a voice of thunder, "Come and see!"

The angel took the censer, and he filled it with the fire of the altar, and threw it on the earth. There followed thunders, sounds, lightnings, and an earthquake.

God's temple that is in heaven was opened, and the ark of the Lord's covenant was seen in his temple. Lightnings, sounds, thunders, an earthquake, and great hail followed.

Hear, oh, hear the noise of his voice, the sound that goes out of his mouth.

At the brightness before him his thick clouds passed, hailstones and coals of fire.