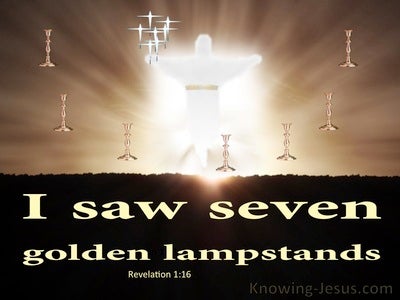 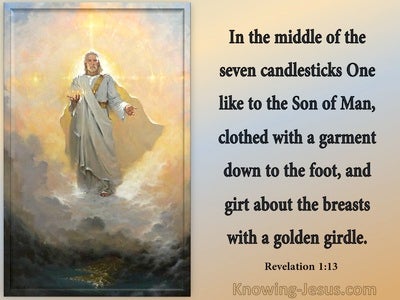 Now in the sixth year, in the sixth month, on the fifth day of the month, when I was in my house and the responsible men of Judah were seated before me, the hand of the Lord came on me there. And looking, I saw a form like fire; from the middle of his body and down there was fire: and up from the middle of his body a sort of shining, like electrum. And he put out the form of a hand and took me by the hair of my head; and the wind, lifting me up between the earth and the heaven, took me in the visions of God to Jerusalem, to the way into the inner door facing to the north; where was the seat of the image of envy.

Now the day after, when they were on their journey and were near the town, Peter went up to the top of the house for prayer, about the sixth hour: And he was in need of food: but while they were getting it ready, a deep sleep came on him; And he saw the heavens opening, and a vessel coming down, like a great cloth let down on the earth,read more.
In which were all sorts of beasts and birds. And a voice came to him, saying, Come, Peter; take them for food. But Peter said, No, Lord; for I have never taken food which is common or unclean. And the voice came to him a second time, What God has made clean, do not you make common. And this was done three times: and then the vessel was taken back into heaven. Now while Peter was in doubt as to the purpose of this vision, the men who were sent by Cornelius, having made search for Simon's house, came to the door, To see if Simon, named Peter, was living there. And, while Peter was turning the vision over in his mind, the Spirit said to him, See, three men are looking for you. Go down, then, and go with them, doubting nothing, for I have sent them. And Peter went down to the men, and said, I am the man you are looking for: why have you come? And they said, Cornelius, a captain, an upright and God-fearing man, respected by all the nation of the Jews, had word from God by an angel to send for you to his house, and to give hearing to your words. So he took them in for the night. And the day after, he went with them, taking some of the brothers from Joppa with him.

But Peter gave them an account of it all in order, saying to them, I was in the town of Joppa, at prayer: and falling into a deep sleep, I saw in a vision a vessel like a great cloth let down from heaven, and it came down to me: And looking on it with attention I saw in it all sorts of beasts and birds.read more.
And a voice came to my ears saying, Come, Peter; take them for food. But I said, No, Lord; for nothing common or unclean has ever come into my mouth. But the voice, coming a second time from heaven, said, What God has made clean, do not you make common. And this was done three times, and they were all taken up again into heaven. And at that minute, three men, sent from Caesarea, came to the house where we were. And the Spirit gave me orders to go with them, doubting nothing. And these six brothers came with me; and we went into that man's house: And he gave us an account of how he had seen the angel in his house, saying, Send to Joppa, and get Simon, named Peter, to come to you; Who will say words to you through which you and all your family may get salvation. And, while I was talking to them, the Holy Spirit came on them, as on us at first. And the words of the Lord came into my mind, how he said, The baptism of John was with water, but you will have baptism with the Holy Spirit. If then God gave them, when they had faith in the Lord Jesus Christ, the same as he gave to us, who was I to go against God? And hearing these things they said nothing more, but gave glory to God, saying, Then to the Gentiles as to us has God given a change of heart, so that they may have life.

And it came about that when I had come back to Jerusalem, while I was at prayer in the Temple, my senses became more than naturally clear, And I saw him saying to me, Go out of Jerusalem straight away because they will not give hearing to your witness about me. And I said, Lord, they themselves have knowledge that I went through the Synagogues putting in prison and whipping all those who had faith in you:read more.
And when Stephen your witness was put to death, I was there, giving approval, and looking after the clothing of those who put him to death. And he said to me, Go, for I will send you far away to the Gentiles.

I was in the Spirit on the Lord's day, and a great voice at my back, as of a horn, came to my ears, Saying, What you see, put in a book, and send it to the seven churches; to Ephesus and to Smyrna and to Pergamos and to Thyatira and to Sardis and to Philadelphia and to Laodicea. And turning to see the voice which said these words to me, I saw seven gold vessels with lights burning in them;read more.
And in the middle of them one like a son of man, clothed with a robe down to his feet, and with a band of gold round his breasts.

Straight away I was in the Spirit: and I saw a high seat in heaven, and one was seated on it;

And he took me away in the Spirit into a waste land: and I saw a woman seated on a bright red beast, full of evil names, having seven heads and ten horns,

And he took me away in the Spirit to a great and high mountain, and let me see the holy town Jerusalem, coming down out of heaven from God,

And lifting up his eyes, he saw Israel there, with their tents in the order of their tribes: and the spirit of God came on him. And moved by the spirit, he said, These are the words of Balaam, son of Beor, the words of the man whose eyes are open:

And word was given to Saul that David was at Naioth in Ramah. And Saul sent men to take David; and when they saw the band of prophets at work, with Samuel in his place at their head, the spirit of God came on Saul's men, and they became like prophets. And Saul, having news of this, sent other men, who in the same way became like prophets. And a third time Saul sent men, and they like the others became like prophets.read more.
Then he himself went to Ramah, and came to the great water-spring in Secu; and questioning the people he said, Where are Samuel and David? And one said, They are at Naioth in Ramah. And he went on from there to Naioth in Ramah: and the spirit of God came on him, and he went on, acting like a prophet, till he came to Naioth in Ramah. And he took off his clothing, acting like a prophet before Samuel, and falling down he was stretched out, without his clothing, all that day and all that night. This is the reason for the saying, Is even Saul among the prophets?

Judges 14:6
Verse Concepts
Those Who Did Not TellBrawnAnimals Torn To Pieces
Deliverance From LionsPower, HumanStrength, Spiritual

And the spirit of the Lord came on him with power, and, unarmed as he was, pulling the lion in two as one might do to a young goat, he put him to death; (but he said nothing to his father and mother of what he had done.)

And when he came to Lehi, the Philistines came out, meeting him with loud cries; then the spirit of the Lord came rushing on him, and the cords on his arms became like grass which has been burned with fire, and the bands came falling off his hands.

And the hand of the Lord was on Elijah; and he made himself strong, and went running before Ahab till they came to Jezreel.

He says, whose ears are open to the words of God, who has seen the vision of the Ruler of all, falling down, but having his eyes open:

He says, whose ear is open to the words of God, who has knowledge of the Most High, who has seen the vision of the Ruler of all, falling down and having his eyes open:

And he was in need of food: but while they were getting it ready, a deep sleep came on him;

And it came about that when I had come back to Jerusalem, while I was at prayer in the Temple, my senses became more than naturally clear,