28 Bible Verses about Two Other Men 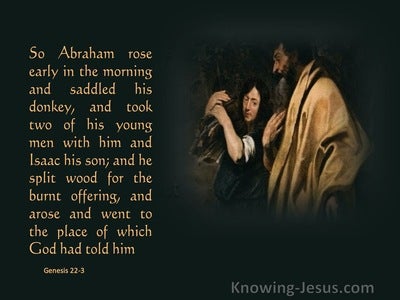 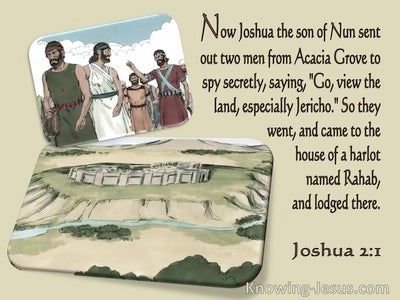 Exodus 2:13
Verse Concepts
Fighting One Another

And he goeth out on the second day, and lo, two men, Hebrews, striving! and he saith to the wrong-doer, 'Why dost thou smite thy neighbour?'

And Abraham riseth early in the morning, and saddleth his ass, and taketh two of his young men with him, and Isaac his son, and he cleaveth the wood of the burnt-offering, and riseth and goeth unto the place of which God hath spoken to him.

and the anger of God burneth because he is going, and a messenger of Jehovah stationeth himself in the way for an adversary to him, and he is riding on his ass, and two of his servants are with him,

And he saith, 'Peace; my lord hath sent me, saying, Lo, now, this, come unto me have two young men from the hill-country of Ephraim, of the sons of the prophets; give, I pray thee, to them, a talent of silver, and two changes of garments.'

And Joshua son of Nun sendeth from Shittim, two men, spies, silently, saying, 'Go, see the land -- and Jericho;' and they go and come into the house of a woman, a harlot, and her name is Rahab, and they lie down there.

Joshua 6:22
Verse Concepts
Bringing People Out Of Other Places
Spying

And to the two men who are spying the land Joshua said, 'Go into the house of the woman, the harlot, and bring out thence the woman, and all whom she hath, as ye have sworn to her.'

And Naaman saith, 'Be pleased, take two talents;' and he urgeth on him, and bindeth two talents of silver in two purses, and two changes of garments, and giveth unto two of his young men, and they bear before him;

and thou hast said unto him: 'Take heed, and be quiet, fear not, And let not thy heart be timid, Because of these two tails of smoking brands, For the fierceness of the anger of Rezin and Aram, And the son of Remaliah.

In thy going to-day from me -- then thou hast found two men by the grave of Rachel, in the border of Benjamin, at Zelzah, and they have said unto thee, The asses have been found which thou hast gone to seek; and lo, thy father hath left the matter of the asses, and hath sorrowed for you, saying, What do I do for my son?

And it cometh to pass, at the end of three years, that flee do two of the servants of Shimei unto Achish son of Maachah, king of Gath, and they declare to Shimei, saying, 'Lo, thy servants are in Gath;'

'And we take, at that time, the land out of the hand of the two kings of the Amorite, which is beyond the Jordan, from the brook Arnon unto mount Hermon;

and they possess his land, and the land of Og king of Bashan, two kings of the Amorite who are beyond the Jordan, towards the sun-rising;

For we have heard how Jehovah dried up the waters of the Red Sea at your presence, in your going out of Egypt, and that which ye have done to the two kings of the Amorite who are beyond the Jordan; to Sihon and to Og whom ye devoted.

and all that He hath done to the two kings of the Amorite who are beyond the Jordan, to Sihon king of Heshbon, and to Og king of Bashan, who is in Ashtaroth.

And I send before you the hornet, and it casteth them out from your presence -- two kings of the Amorite -- not by thy sword, nor by thy bow.

And Jehoshua I have commanded at that time, saying, Thine eyes are seeing all that which Jehovah your God hath done to these two kings -- so doth Jehovah to all the kingdoms whither thou are passing over;

and Zebab and Zalmunna flee, and he pursueth after them, and captureth the two kings of Midian, Zebah and Zalmunna, and all the camp he hath caused to tremble.

And both of the kings' hearts are to do evil, and at one table they speak lies, and it doth not prosper, for yet the end is at a time appointed.

and the governor answering said to them, 'Which of the two will ye that I shall release to you?' And they said, 'Barabbas.'

And lo, two men were speaking together with him, who were Moses and Elijah,

but Peter and those with him were heavy with sleep, and having waked, they saw his glory, and the two men standing with him.

And when the messenger who is speaking to Cornelius went away, having called two of his domestics, and a pious soldier of those waiting on him continually,

and when Herod was about to bring him forth, the same night was Peter sleeping between two soldiers, having been bound with two chains, guards also before the door were keeping the prison,

and having called near a certain two of the centurions, he said, 'Make ready soldiers two hundred, that they may go on unto Caesarea, and horsemen seventy, and spearmen two hundred, from the third hour of the night;