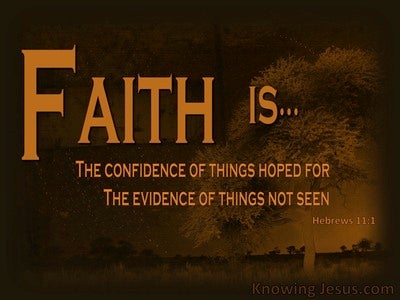 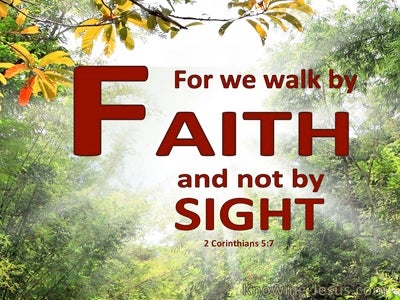 Through faith we understand that the ages were framed by the word of God, that which is seen being made of that which was not seen.

For in hope we are saved, but hope that is seen is not hope; for what a man sees, he does not wait for.

By faith he forsook Egypt, not fearing the wrath of the king; for he endured, as seeing him who is invisible.

(for we walk by faith, not by sight).

By faith Noah, having received revelation of things not seen as yet, with great care prepared an ark to the saving of his house, by which he condemned the world and was made heir of the righteousness which is by faith.