28 Bible Verses about Individuals Saving Others 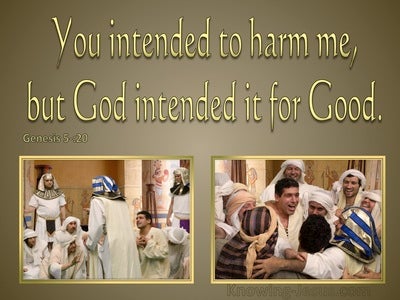 By faith Noah, having received revelation of things not seen as yet, with great care prepared an ark to the saving of his house, by which he condemned the world and was made heir of the righteousness which is by faith.

When Reuben heard it, he delivered him out of their hands and said, Let us not kill him.

And Reuben said unto them, Shed no blood but cast him into this cistern that is in the wilderness and lay no hand upon him that he might rid him out of their hands to deliver him to his father again.

And they said, Thou hast saved our lives; let us find grace in the sight of my lord that we might be Pharaoh's slaves.

Now therefore be not grieved, nor angry with yourselves that ye sold me here, for God sent me before you for life.

But as for you, ye thought evil against me; but God thought it out unto good, to bring to pass that which we see this day, to give life to many people.

Acts 7:25
Verse Concepts
Do You Understand?deliverance
Not Understanding God's Things

for he supposed his brethren would have understood how that God was to give them saving health by his hand, but they had not understood.

This Moses, whom they had refused, saying, Who made thee a prince and a judge? the same did God send as prince and redeemer by the hand of the angel who appeared to him in the bush.

And they said, An Egyptian delivered us out of the hand of the pastors and also drew water enough for us and watered the sheep.

Then the people said unto Saul, Shall Jonathan die, who has wrought this great saving health in Israel? No, in no wise: as the LORD lives, there shall not one hair of his head fall to the ground, for he has wrought with God this day. So the people rescued Jonathan that he did not die.

And David recovered all that the Amalekites had carried away, and David delivered his two wives.

(And the LORD gave Israel a saviour so that they went out from under the hand of the Syrians, and the sons of Israel dwelt in their tents as beforetime.

And Samuel spoke unto all the house of Israel, saying, If ye return unto the LORD with all your hearts, then put away the strange gods and Ashtaroth from among you and prepare your hearts unto the LORD and serve him only, and he will deliver you out of the hand of the Philistines.

And the sons of Israel said to Samuel, Cease not to cry unto the LORD our God for us that he will save us out of the hand of the Philistines.

Tomorrow about this time I will send thee a man out of the land of Benjamin, and thou shalt anoint him to be prince over my people Israel that he may save my people out of the hand of the Philistines, for I have looked upon my people because their cry is come unto me.

And he gathered a host and smote Amalek and delivered Israel out of the hands of those that spoiled them.

So David and his men went to Keilah and fought with the Philistines and brought away their livestock and smote them with a great slaughter. So David saved the inhabitants of Keilah.

and the LORD had not yet determined to blot out the name of Israel from under heaven; therefore, he saved them by the hand of Jeroboam, the son of Joash.

because I delivered the poor that cried and the fatherless who had no one to help him.

And I broke the fangs of the wicked and caused their teeth to release the prey.

When the king, heard the matter, it weighed very heavy upon him, and he set his heart on Daniel to deliver him: and he laboured until the going down of the sun to deliver him.

This man was taken of the Jews and should have been killed by them; then I came with an army and rescued him, having understood that he was a Roman.

now there was found in it a poor wise man, and he by his wisdom delivered the city; yet no one remembered that same poor man.