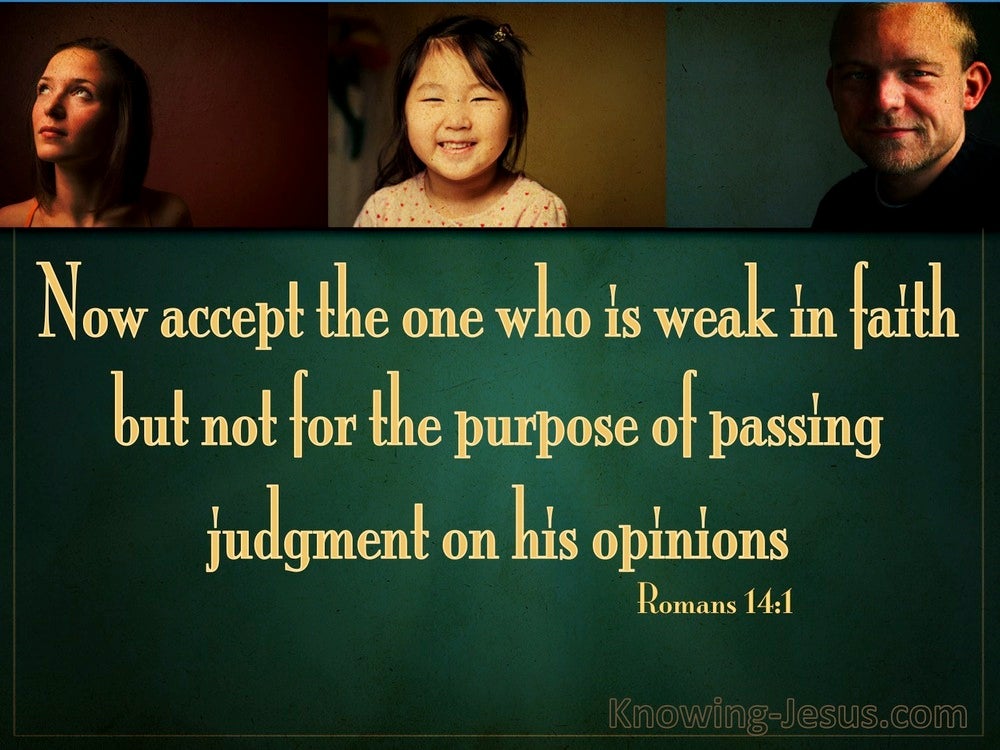 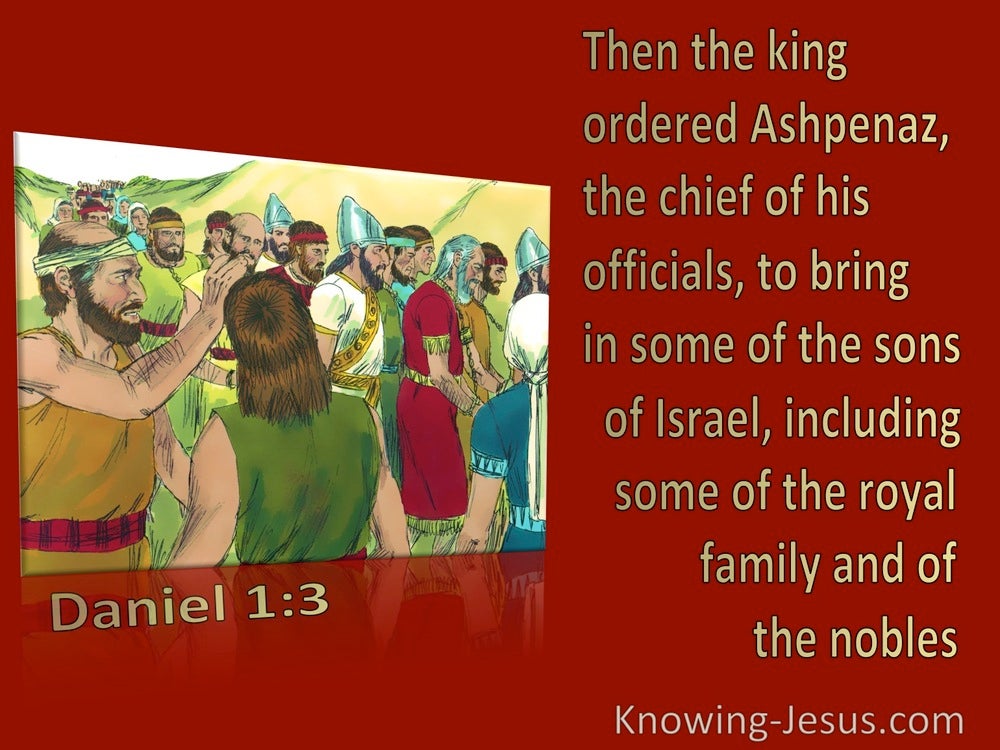 Better is a dish of vegetables where love is
Than a fattened ox served with hatred.

Now it came about after these things that Naboth the Jezreelite had a vineyard which was in Jezreel beside the palace of Ahab king of Samaria. Ahab spoke to Naboth, saying, “Give me your vineyard, that I may have it for a vegetable garden because it is close beside my house, and I will give you a better vineyard than it in its place; if you like, I will give you the price of it in money.”

Then the king ordered Ashpenaz, the chief of his officials, to bring in some of the sons of Israel, including some of the royal family and of the nobles, youths in whom was no defect, who were good-looking, showing intelligence in every branch of wisdom, endowed with understanding and discerning knowledge, and who had ability for serving in the king’s court; and he ordered him to teach them the literature and language of the Chaldeans. The king appointed for them a daily ration from the king’s choice food and from the wine which he drank, and appointed that they should be educated three years, at the end of which they were to enter the king’s personal service.read more.
Now among them from the sons of Judah were Daniel, Hananiah, Mishael and Azariah. Then the commander of the officials assigned new names to them; and to Daniel he assigned the name Belteshazzar, to Hananiah Shadrach, to Mishael Meshach and to Azariah Abed-nego. But Daniel made up his mind that he would not defile himself with the king’s choice food or with the wine which he drank; so he sought permission from the commander of the officials that he might not defile himself. Now God granted Daniel favor and compassion in the sight of the commander of the officials, and the commander of the officials said to Daniel, “I am afraid of my lord the king, who has appointed your food and your drink; for why should he see your faces looking more haggard than the youths who are your own age? Then you would make me forfeit my head to the king.” But Daniel said to the overseer whom the commander of the officials had appointed over Daniel, Hananiah, Mishael and Azariah, “Please test your servants for ten days, and let us be given some vegetables to eat and water to drink. Then let our appearance be observed in your presence and the appearance of the youths who are eating the king’s choice food; and deal with your servants according to what you see.” So he listened to them in this matter and tested them for ten days. At the end of ten days their appearance seemed better and they were fatter than all the youths who had been eating the king’s choice food. So the overseer continued to withhold their choice food and the wine they were to drink, and kept giving them vegetables.

We remember the fish which we used to eat free in Egypt, the cucumbers and the melons and the leeks and the onions and the garlic,

Now when David had come to Mahanaim, Shobi the son of Nahash from Rabbah of the sons of Ammon, Machir the son of Ammiel from Lo-debar, and Barzillai the Gileadite from Rogelim, brought beds, basins, pottery, wheat, barley, flour, parched grain, beans, lentils, parched seeds, honey, curds, sheep, and cheese of the herd, for David and for the people who were with him, to eat; for they said, “The people are hungry and weary and thirsty in the wilderness.”

“But as for you, take wheat, barley, beans, lentils, millet and spelt, put them in one vessel and make them into bread for yourself; you shall eat it according to the number of the days that you lie on your side, three hundred and ninety days.

When Jacob had cooked stew, Esau came in from the field and he was famished;

Genesis 25:34
Verse Concepts
Those Who Provided A Meallent
Bread, As Food

Then Jacob gave Esau bread and lentil stew; and he ate and drank, and rose and went on his way. Thus Esau despised his birthright.

“Please test your servants for ten days, and let us be given some vegetables to eat and water to drink.

So the overseer continued to withhold their choice food and the wine they were to drink, and kept giving them vegetables.

One person has faith that he may eat all things, but he who is weak eats vegetables only.