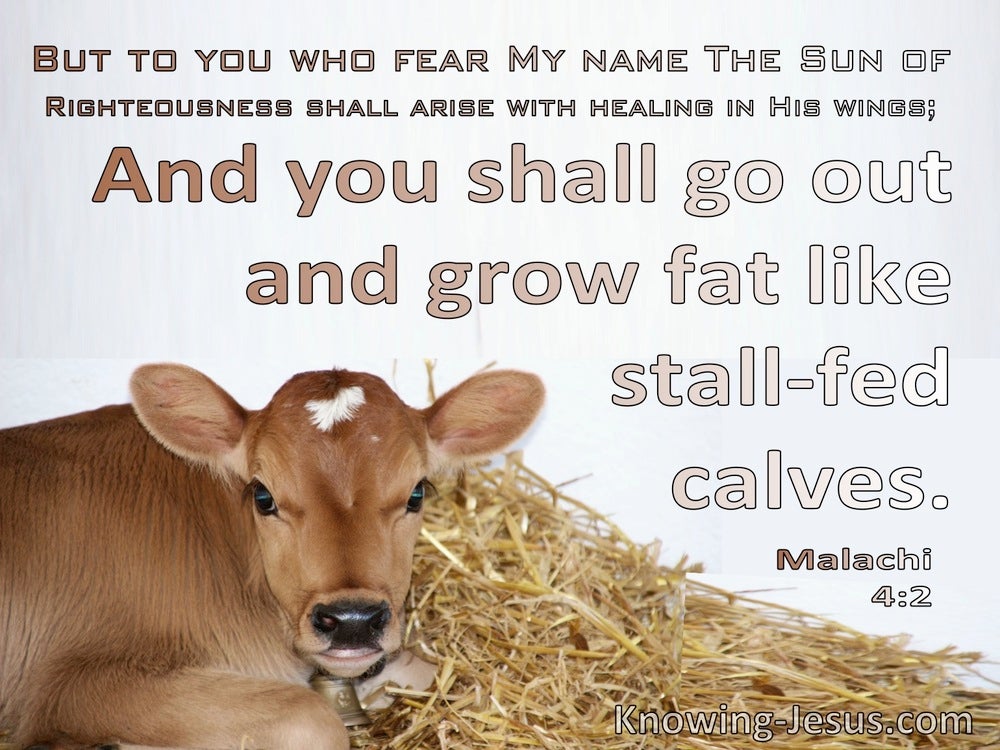 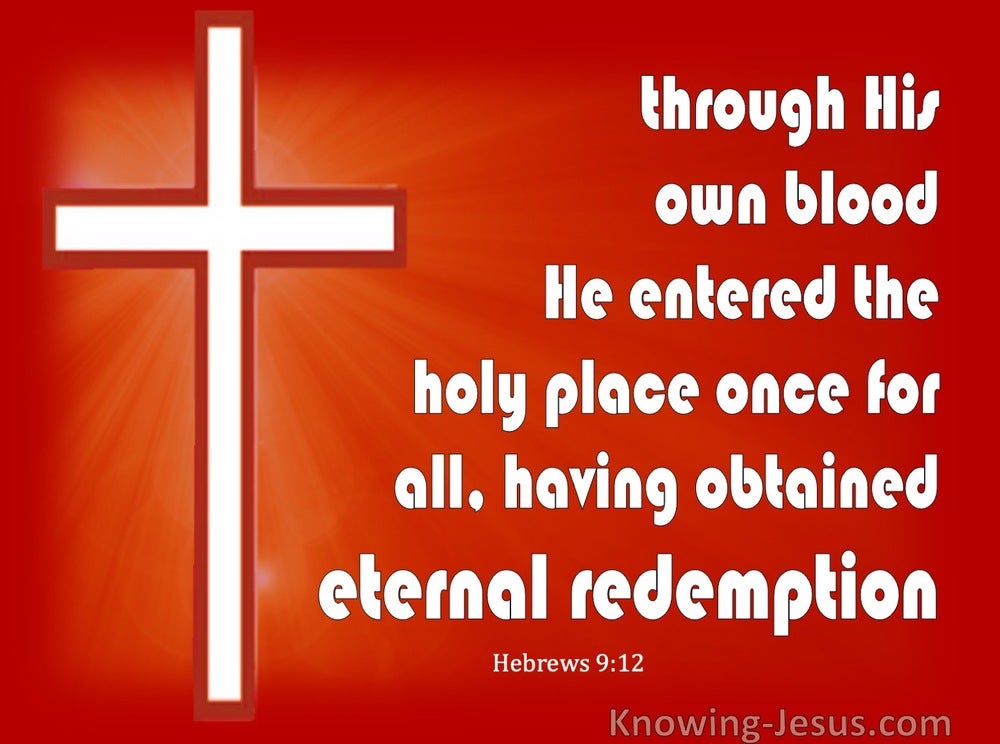 So the king consulted, and made two golden calves, and he said to them, “It is too much for you to go up to Jerusalem; behold your gods, O Israel, that brought you up from the land of Egypt.” He set one in Bethel, and the other he put in Dan.

It came about, as soon as Moses came near the camp, that he saw the calf and the dancing; and Moses’ anger burned, and he threw the tablets from his hands and shattered them at the foot of the mountain. He took the calf which they had made and burned it with fire, and ground it to powder, and scattered it over the surface of the water and made the sons of Israel drink it. Then Moses said to Aaron, “What did this people do to you, that you have brought such great sin upon them?”read more.
Aaron said, “Do not let the anger of my lord burn; you know the people yourself, that they are prone to evil. For they said to me, ‘Make a god for us who will go before us; for this Moses, the man who brought us up from the land of Egypt, we do not know what has become of him.’ I said to them, ‘Whoever has any gold, let them tear it off.’ So they gave it to me, and I threw it into the fire, and out came this calf.”

And I saw that you had indeed sinned against the Lord your God. You had made for yourselves a molten calf; you had turned aside quickly from the way which the Lord had commanded you. I took hold of the two tablets and threw them from my hands and smashed them before your eyes. I fell down before the Lord, as at the first, forty days and nights; I neither ate bread nor drank water, because of all your sin which you had committed in doing what was evil in the sight of the Lord to provoke Him to anger.read more.
For I was afraid of the anger and hot displeasure with which the Lord was wrathful against you in order to destroy you, but the Lord listened to me that time also. The Lord was angry enough with Aaron to destroy him; so I also prayed for Aaron at the same time. I took your sinful thing, the calf which you had made, and burned it with fire and crushed it, grinding it very small until it was as fine as dust; and I threw its dust into the brook that came down from the mountain.

Thus Jehu eradicated Baal out of Israel. However, as for the sins of Jeroboam the son of Nebat, which he made Israel sin, from these Jehu did not depart, even the golden calves that were at Bethel and that were at Dan.

They forsook all the commandments of the Lord their God and made for themselves molten images, even two calves, and made an Asherah and worshiped all the host of heaven and served Baal.

He set up priests of his own for the high places, for the satyrs and for the calves which he had made.

“But they, our fathers, acted arrogantly;
They became stubborn and would not listen to Your commandments.
“They refused to listen,
And did not remember Your wondrous deeds which You had performed among them;
So they became stubborn and appointed a leader to return to their slavery in Egypt.
But You are a God of forgiveness,
Gracious and compassionate,
Slow to anger and abounding in lovingkindness;
And You did not forsake them.
“Even when they made for themselves
A calf of molten metal
And said, ‘This is your God
Who brought you up from Egypt,’
And committed great blasphemies,

They made a calf in Horeb
And worshiped a molten image.
Thus they exchanged their glory
For the image of an ox that eats grass.

He has rejected your calf, O Samaria, saying,
“My anger burns against them!”
How long will they be incapable of innocence?
For from Israel is even this!
A craftsman made it, so it is not God;
Surely the calf of Samaria will be broken to pieces.

The inhabitants of Samaria will fear
For the calf of Beth-aven.
Indeed, its people will mourn for it,
And its idolatrous priests will cry out over it,
Over its glory, since it has departed from it.

At that time they made a calf and brought a sacrifice to the idol, and were rejoicing in the works of their hands.

With what shall I come to the Lord
And bow myself before the God on high?
Shall I come to Him with burnt offerings,
With yearling calves?

Now it came about on the eighth day that Moses called Aaron and his sons and the elders of Israel; and he said to Aaron, “Take for yourself a calf, a bull, for a sin offering and a ram for a burnt offering, both without defect, and offer them before the Lord. Then to the sons of Israel you shall speak, saying, ‘Take a male goat for a sin offering, and a calf and a lamb, both one year old, without defect, for a burnt offering,read more.
and an ox and a ram for peace offerings, to sacrifice before the Lord, and a grain offering mixed with oil; for today the Lord will appear to you.’”

Adonijah sacrificed sheep and oxen and fatlings by the stone of Zoheleth, which is beside En-rogel; and he invited all his brothers, the king’s sons, and all the men of Judah, the king’s servants. But he did not invite Nathan the prophet, Benaiah, the mighty men, and Solomon his brother.

But when Christ appeared as a high priest of the good things to come, He entered through the greater and more perfect tabernacle, not made with hands, that is to say, not of this creation; and not through the blood of goats and calves, but through His own blood, He entered the holy place once for all, having obtained eternal redemption.

Better is a dish of vegetables where love is
Than a fattened ox served with hatred.

But the father said to his slaves, ‘Quickly bring out the best robe and put it on him, and put a ring on his hand and sandals on his feet; and bring the fattened calf, kill it, and let us eat and celebrate;

So Abraham hurried into the tent to Sarah, and said, “Quickly, prepare three measures of fine flour, knead it and make bread cakes.” Abraham also ran to the herd, and took a tender and choice calf and gave it to the servant, and he hurried to prepare it. He took curds and milk and the calf which he had prepared, and placed it before them; and he was standing by them under the tree as they ate.

They struck among the Philistines that day from Michmash to Aijalon. And the people were very weary. The people rushed greedily upon the spoil, and took sheep and oxen and calves, and slew them on the ground; and the people ate them with the blood.

The woman had a fattened calf in the house, and she quickly slaughtered it; and she took flour, kneaded it and baked unleavened bread from it. She brought it before Saul and his servants, and they ate. Then they arose and went away that night.

“I have surely heard Ephraim grieving,
‘You have chastised me, and I was chastised,
Like an untrained calf;
Bring me back that I may be restored,
For You are the Lord my God.

Rebuke the beasts in the reeds,
The herd of bulls with the calves of the peoples,
Trampling under foot the pieces of silver;
He has scattered the peoples who delight in war.

Jeremiah 34:18
Verse Concepts
Breaking The CovenantPassing Through
Animals Cut In PiecesHalf Of Bodies

I will give the men who have transgressed My covenant, who have not fulfilled the words of the covenant which they made before Me, when they cut the calf in two and passed between its parts—

“Egypt is a pretty heifer,
But a horsefly is coming from the north—it is coming!
“Also her mercenaries in her midst
Are like fattened calves,
For even they too have turned back and have fled away together;
They did not stand their ground.
For the day of their calamity has come upon them,
The time of their punishment.

Abraham also ran to the herd, and took a tender and

Their legs were straight and

Calves » The young of the herd

Calves » Illustrative of » Sacrifices of praise

Make sure that your character is

Calves » When fattened considered a delicacy

The woman had a fattened calf in the house, and she quickly slaughtered it; and she took flour, kneaded it and baked unleavened bread from it. She brought it before Saul and his servants, and they ate. Then they arose and went away that night.

Calves » Eaten in the patriarchal age

Abraham also ran to the herd, and took a tender and choice calf and gave it to the servant, and he hurried to prepare it. He took curds and milk and the calf which he had prepared, and placed it before them; and he was standing by them under the tree as they ate.

Then the men did so, and took two milch cows and hitched them to the cart, and shut up their calves at home.

Calves » If first-born not redeemed

“But for you who

Calves » Playfulness of, alluded to

Calves » Of a year old best for sacrifice

Abraham also ran to the herd, and took a tender and

Remember Abraham, Isaac, and Israel, Your servants to whom You