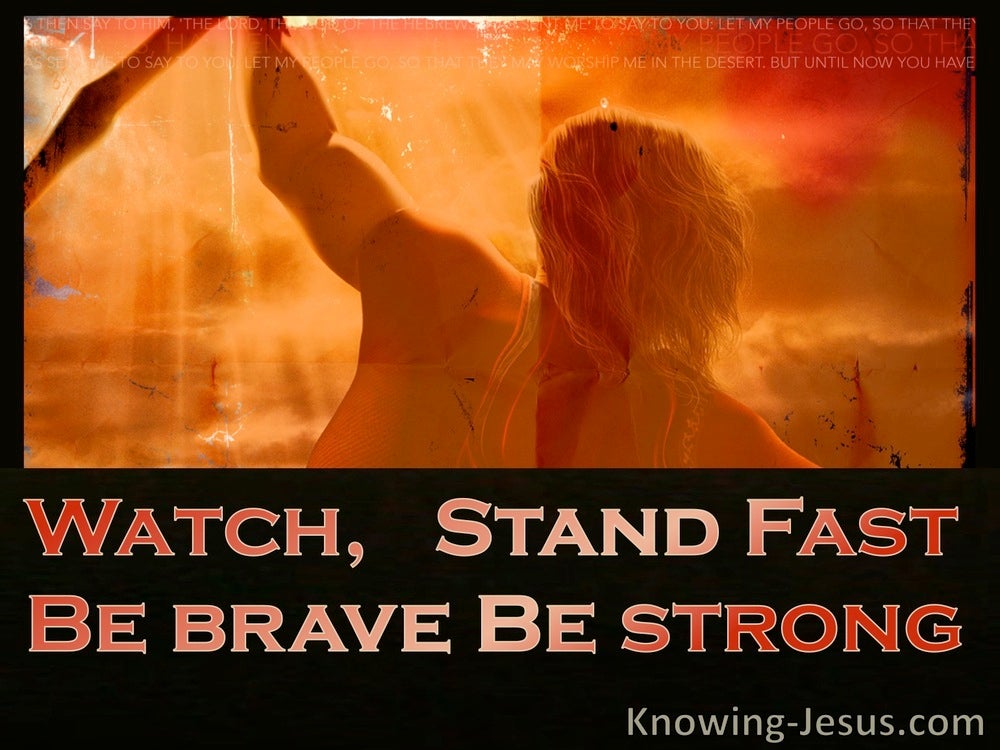 When Gideon heard the account of the dream and its interpretation, he bowed in worship. He returned to the camp of Israel and said, “Arise, for the Lord has given the camp of Midian into your hands.” He divided the 300 men into three companies, and he put trumpets and empty pitchers into the hands of all of them, with torches inside the pitchers. He said to them, “Look at me and do likewise. And behold, when I come to the outskirts of the camp, do as I do.read more.
When I and all who are with me blow the trumpet, then you also blow the trumpets all around the camp and say, ‘For the Lord and for Gideon.’” So Gideon and the hundred men who were with him came to the outskirts of the camp at the beginning of the middle watch, when they had just posted the watch; and they blew the trumpets and smashed the pitchers that were in their hands. When the three companies blew the trumpets and broke the pitchers, they held the torches in their left hands and the trumpets in their right hands for blowing, and cried, “A sword for the Lord and for Gideon!” Each stood in his place around the camp; and all the army ran, crying out as they fled. When they blew 300 trumpets, the Lord set the sword of one against another even throughout the whole army; and the army fled as far as Beth-shittah toward Zererah, as far as the edge of Abel-meholah, by Tabbath.

Now there was an evil spirit from the Lord on Saul as he was sitting in his house with his spear in his hand, and David was playing the harp with his hand.

But we prayed to our God, and because of them we set up a guard against them day and night. Thus in Judah it was said,
“The strength of the burden bearers is failing,
Yet there is much rubbish;
And we ourselves are unable
To rebuild the wall.”
Our enemies said, “They will not know or see until we come among them, kill them and put a stop to the work.”read more.
When the Jews who lived near them came and told us ten times, “They will come up against us from every place where you may turn,” then I stationed men in the lowest parts of the space behind the wall, the exposed places, and I stationed the people in families with their swords, spears and bows. When I saw their fear, I rose and spoke to the nobles, the officials and the rest of the people: “Do not be afraid of them; remember the Lord who is great and awesome, and fight for your brothers, your sons, your daughters, your wives and your houses.” When our enemies heard that it was known to us, and that God had frustrated their plan, then all of us returned to the wall, each one to his work. From that day on, half of my servants carried on the work while half of them held the spears, the shields, the bows and the breastplates; and the captains were behind the whole house of Judah. Those who were rebuilding the wall and those who carried burdens took their load with one hand doing the work and the other holding a weapon. As for the builders, each wore his sword girded at his side as he built, while the trumpeter stood near me. I said to the nobles, the officials and the rest of the people, “The work is great and extensive, and we are separated on the wall far from one another. At whatever place you hear the sound of the trumpet, rally to us there. Our God will fight for us.” So we carried on the work with half of them holding spears from dawn until the stars appeared. At that time I also said to the people, “Let each man with his servant spend the night within Jerusalem so that they may be a guard for us by night and a laborer by day.” So neither I, my brothers, my servants, nor the men of the guard who followed me, none of us removed our clothes, each took his weapon even to the water.

Be on the alert, stand firm in the faith, act like men, be strong.

“Be on guard, so that your hearts will not be weighted down with dissipation and drunkenness and the worries of life, and that day will not come on you suddenly like a trap; for it will come upon all those who dwell on the face of all the earth. But keep on the alert at all times, praying that you may have strength to escape all these things that are about to take place, and to stand before the Son of Man.”

I know that after my departure savage wolves will come in among you, not sparing the flock; and from among your own selves men will arise, speaking perverse things, to draw away the disciples after them. Therefore be on the alert, remembering that night and day for a period of three years I did not cease to admonish each one with tears.