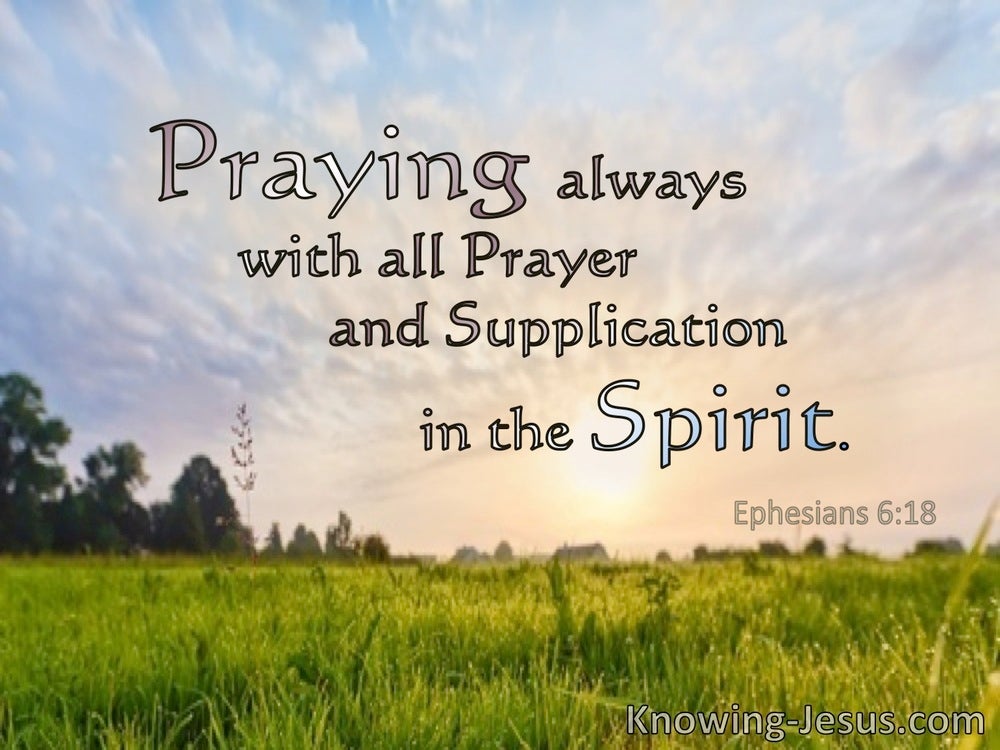 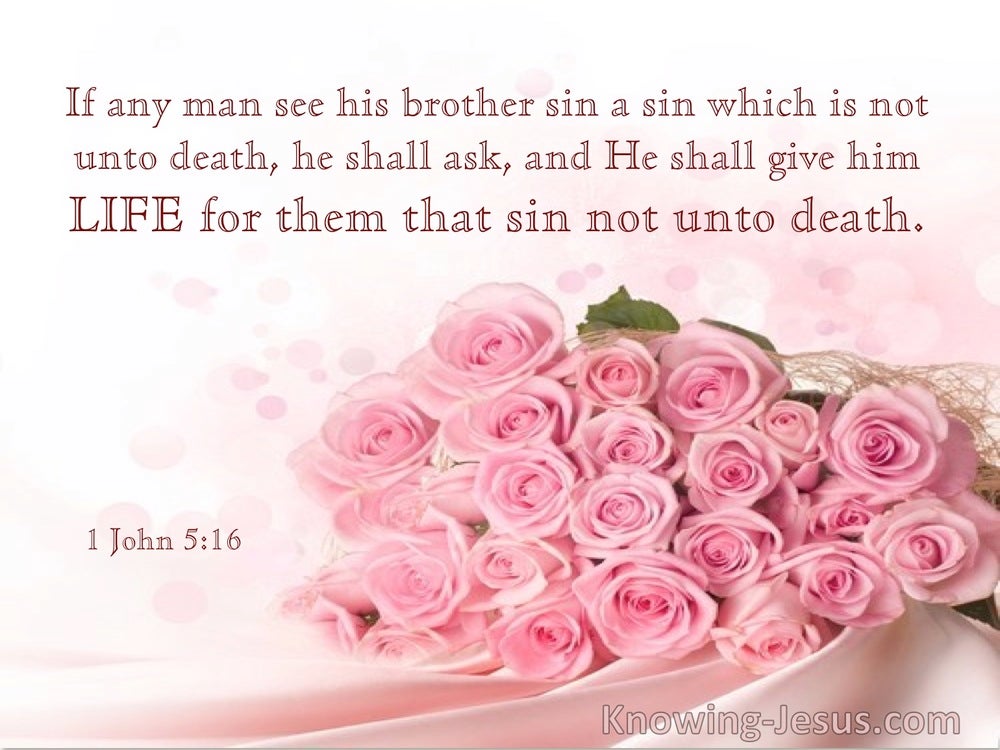 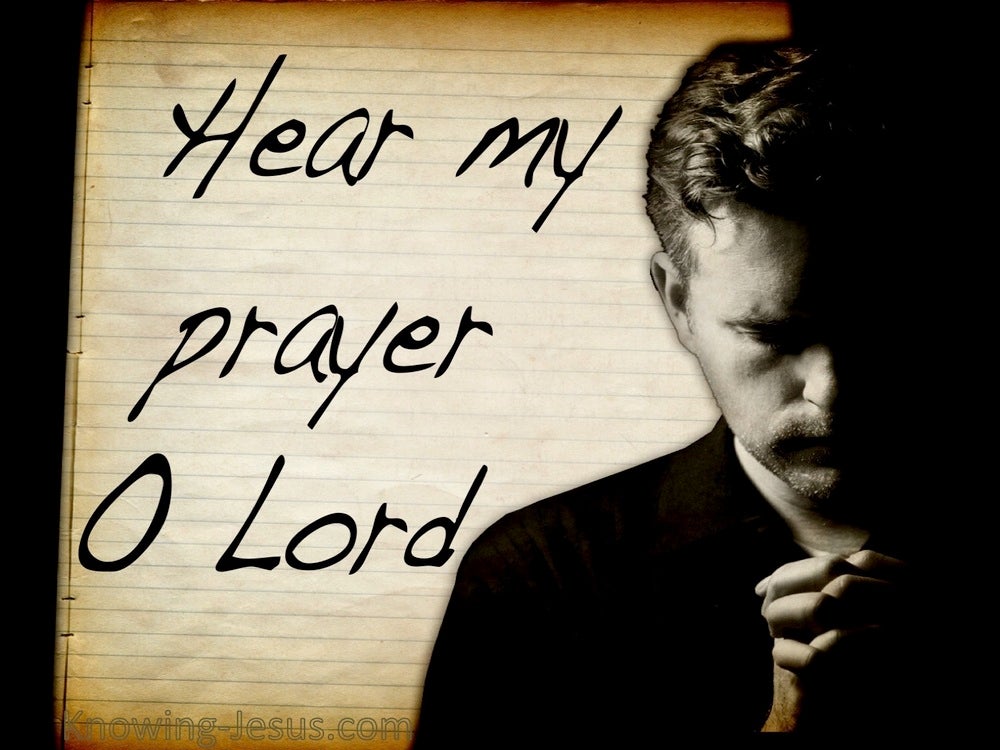 and pray on my behalf, that utterance may be given to me in the opening of my mouth, to make known with boldness the mystery of the gospel,

For this boy I prayed, and the Lord has given me my petition which I asked of Him.

So I gave my attention to the Lord God to seek Him by prayer and supplications, with fasting, sackcloth and ashes.

Be anxious for nothing, but in everything by prayer and supplication with thanksgiving let your requests be made known to God.

and said to Jeremiah the prophet, “Please let our petition come before you, and pray for us to the Lord your God, that is for all this remnant; because we are left but a few out of many, as your own eyes now see us,

And if we know that He hears us in whatever we ask, we know that we have the requests which we have asked from Him.

At the beginning of your supplications the command was issued, and I have come to tell you, for you are highly esteemed; so give heed to the message and gain understanding of the vision.

In the days of His flesh, He offered up both prayers and supplications with loud crying and tears to the One able to save Him from death, and He was heard because of His piety.

Perhaps their supplication will come before the Lord, and everyone will turn from his evil way, for great is the anger and the wrath that the Lord has pronounced against this people.”

So now, our God, listen to the prayer of Your servant and to his supplications, and for Your sake, O Lord, let Your face shine on Your desolate sanctuary.

He has regarded the prayer of the destitute
And has not despised their prayer.

So Esther replied, “My petition and my request is:

Daniel 6:11
Verse Concepts
When To Praygroupssupplication
Agreeing For EvilFinding People

Then these men came by agreement and found Daniel making petition and supplication before his God.

“As for you, do not pray for this people, and do not lift up cry or prayer for them, and do not intercede with Me; for I do not hear you.

“Therefore do not pray for this people, nor lift up a cry or prayer for them; for I will not listen when they call to Me because of their disaster.

Then Eli answered and said, “Go in peace; and may the God of Israel grant your petition that you have asked of Him.”

Delight yourself in the Lord;
And He will give you the desires of your heart.

then hear in heaven their prayer and their supplication, and maintain their cause.

We will sing for joy over your victory,
And in the name of our God we will set up our banners.
May the Lord fulfill all your petitions.

The sons of Joseph said, “The hill country is not enough for us, and all the Canaanites who live in the valley land have

Then the daughters of Zelophehad, the son of Hepher, the son of Gilead, the son of Machir, the son of Manasseh, of the families of Manasseh the son of Joseph, came near; and these are the names of his daughters: Mahlah, Noah and Hoglah and Milcah and Tirzah. They stood before Moses and before Eleazar the priest and before the leaders and all the congregation, at the doorway of the tent of meeting, saying, "Our father died in the wilderness, yet he was not among the company of those who gathered themselves together against the LORD in the company of Korah; but he died in his own sin, and he had no sons. read more.
"Why should the name of our father be withdrawn from among his family because he had no son? Give us a possession among our father's brothers." So Moses brought their case before the LORD.

Now the sons of Reuben and the sons of Gad had an exceedingly large number of livestock So when they saw the land of Jazer and the land of Gilead, that it was indeed a place suitable for livestock, the sons of Gad and the sons of Reuben came and spoke to Moses and to Eleazar the priest and to the leaders of the congregation, saying, "Ataroth, Dibon, Jazer, Nimrah, Heshbon, Elealeh, Sebam, Nebo and Beon, read more.
the land which the LORD conquered before the congregation of Israel, is a land for livestock, and your servants have livestock." They said, "If we have found favor in your sight, let this land be given to your servants as a possession; do not take us across the Jordan."

They came near before Eleazar the priest and before Joshua the son of Nun and before the leaders, saying, “The Lord commanded Moses to give us an inheritance among our brothers.” So

So Bathsheba went in to the king in the bedroom. Now the king was very old, and Abishag the Shunammite was ministering to the king. Then Bathsheba bowed and prostrated herself before the king. And the king said, "What do you wish?" She said to him, "My lord, you swore to your maidservant by the LORD your God, saying, 'Surely your son Solomon shall be king after me and he shall sit on my throne.' read more.
"Now, behold, Adonijah is king; and now, my lord the king, you do not know it. "He has sacrificed oxen and fatlings and sheep in abundance, and has invited all the sons of the king and Abiathar the priest and Joab the commander of the army, but he has not invited Solomon your servant. "As for you now, my lord the king, the eyes of all Israel are on you, to tell them who shall sit on the throne of my lord the king after him. "Otherwise it will come about, as soon as my lord the king sleeps with his fathers, that I and my son Solomon will be considered offenders."

Then the foremen of the sons of Israel came and cried out to Pharaoh, saying, "Why do you deal this way with your servants? "There is no straw given to your servants, yet they keep saying to us, 'Make bricks!' And behold, your servants are being beaten; but it is the fault of your own people." But he said, "You are lazy, very lazy; therefore you say, 'Let us go and sacrifice to the LORD.' read more.
"So go now and work; for you will be given no straw, yet you must deliver the quota of bricks."

At the end of seven years, the woman returned from the land of the Philistines; and she went out to

When the king asked the woman, she related it to him. So the king appointed for her a certain officer, saying, “Restore all that was hers and all the produce of the field from the day that she left the land even until now.”