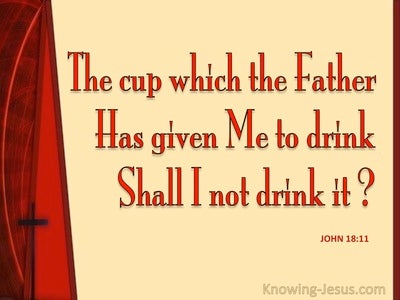 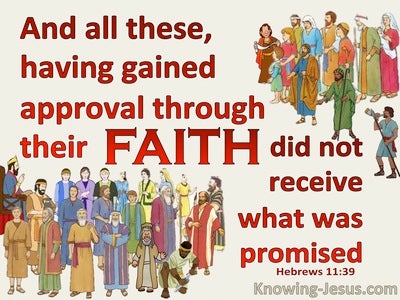 And he buried him in a valley in the land of Moab, over against Bethpeor, but no one knows of his sepulchre unto this day.

And, behold, one of those who was with Jesus stretched out his hand and drew his sword and struck a slave of the high priest and smote off his ear. Then Jesus said unto him, Put up again thy sword into its place, for all those that take the sword shall perish by the sword.

And one of them that stood by drew a sword and smote the slave of the high priest and cut off his ear.

When those who were about him saw what would follow, they said unto him, Lord, shall we smite with the sword? And one of them smote the slave of the prince of the priests and cut off his right ear. And Jesus answered and said, Suffer ye thus far. And he touched his ear and healed him.

Then Simon Peter, having a sword, drew it and smote the high priest's slave and cut off his right ear. The slave's name was Malchus. Then Jesus said unto Peter, Put up thy sword into the sheath; the cup which my Father has given me, shall I not drink it?

And from there he arose and went into the borders of Tyre and Sidon, and entering into a house, desired that no man know of it; but he could not be hid.

But he, passing through the midst of them, went away.

as unknown, and yet well known; as dying, but, behold, we live; as chastened, but not killed;

women received their dead raised to life again, and others were tortured, not accepting deliverance that they might obtain a better resurrection; and others experienced cruel mockings and scourgings, and added to this, bonds and imprisonment; they were stoned; they were sawn asunder, were tempted, were slain with the sword; they wandered about in sheepskins and goatskins; poor, afflicted, mistreated,read more.
(of whom the world was not worthy); they wandered in deserts and in mountains and in dens and caves of the earth. And these all, approved by testimony of faith, received not the promise,

And his eyes were as a flame of fire, and on his head were many crowns; and he had a name written, that no one has known, but he himself.

1 Samuel 2:27
Verse Concepts
Unnamed Prophets Of The LordMan Of God
Relationships And DatingGod, Revelation Of

And a man of God came unto Eli and said unto him, Thus saith the LORD, Did I not plainly appear unto the house of thy father when they were in Egypt in the house of Pharaoh?

1 Kings 13:11
Verse Concepts
Telling What People Did
Unnamed Prophets Of The Lord

Now there dwelt an old prophet in Bethel, and his sons came and told him all the works that the man of God had done that day in Bethel; they also told their father the words which he had spoken unto the king.

And in those days prophets came down from Jerusalem unto Antioch.

Now there were in the congregation that was at Antioch prophets and teachers: Barnabas and Simeon that was called Niger and Lucius of Cyrene and Manaen, who had been brought up with Herod the tetrarch, and Saul.

And God did set certain ones in the congregation : first apostles, secondarily prophets, thirdly teachers, after that faculties, then gifts of healings, helps, governments, diversities of tongues.

Let the prophets speak two or three, and let the others judge.