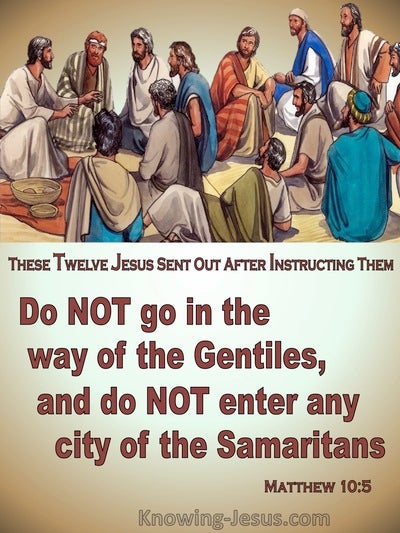 But his master replied, "We're not going to turn aside into a city of foreigners who are not part of the Israelis. Instead, we'll go on to Gibeah."

Reach down your hand from your high place; rescue me and deliver me from mighty waters, from the control of foreigners.

Rescue me and deliver me from the control of foreigners, whose mouths speak lies, and whose right hand deceives.

The remnant of Israel separated themselves from all foreigners. Then they stood and confessed their sins and the iniquities of their ancestors.

Joshua 23:7
Verse Concepts
Do Not Have Other godsServanthood, And Worship Of GodSteadfastness
Not Swearing OathsExclusivenessParticipation, In Sin

That way, you will not mingle with those nations that remain among you, nor mention the name of their gods, nor make oaths by them, nor serve them, nor worship them.

They should be for you alone and not for strangers who are with you.

I purified them from everything foreign, arranged duties for the priests and the descendants of Levi, each to his task,

These were the Twelve whom Jesus sent out after he had given them these instructions: "Don't turn on to the road that leads to the unbelievers, and don't enter Samaritan towns.

To them alone was the land given, when no invader passed through their midst.

They'll never follow a stranger, but will run away from him because they don't recognize the voice of strangers."

He told them, "You understand how wrong it is for a Jew to associate or visit with unbelievers. But God has shown me that I should stop calling anyone common or unclean,

After all, is it my business to judge outsiders? You are to judge those who are in the community, aren't you?