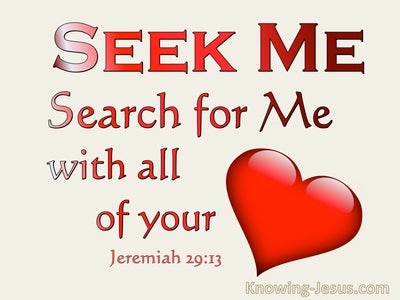 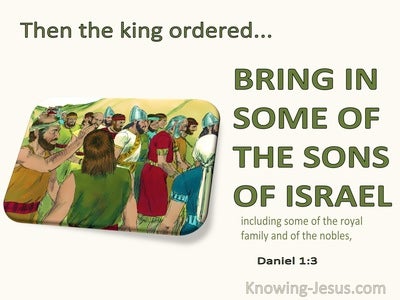 So all Israel was enrolled by genealogies; and behold, they are written in the Book of the Kings of Israel. And Judah was carried away into exile to Babylon for their unfaithfulness.

Those who had escaped from the sword he carried away to Babylon; and they were servants to him and to his sons until the rule of the kingdom of Persia,

By the rivers of Babylon,
There we sat down and wept,
When we remembered Zion.
Upon the willows in the midst of it
We hung our harps.
For there our captors demanded of us songs,
And our tormentors mirth, saying,
“Sing us one of the songs of Zion.”
read more.
How can we sing the Lord’s song
In a foreign land?
If I forget you, O Jerusalem,
May my right hand forget her skill.
May my tongue cling to the roof of my mouth
If I do not remember you,
If I do not exalt Jerusalem
Above my chief joy.
Remember, O Lord, against the sons of Edom
The day of Jerusalem,
Who said, “Raze it, raze it
To its very foundation.”
O daughter of Babylon, you devastated one,
How blessed will be the one who repays you
With the recompense with which you have repaid us.
How blessed will be the one who seizes and dashes your little ones
Against the rock.

In the third year of the reign of Jehoiakim king of Judah, Nebuchadnezzar king of Babylon came to Jerusalem and besieged it. The Lord gave Jehoiakim king of Judah into his hand, along with some of the vessels of the house of God; and he brought them to the land of Shinar, to the house of his god, and he brought the vessels into the treasury of his god. Then the king ordered Ashpenaz, the chief of his officials, to bring in some of the sons of Israel, including some of the royal family and of the nobles,read more.
youths in whom was no defect, who were good-looking, showing intelligence in every branch of wisdom, endowed with understanding and discerning knowledge, and who had ability for serving in the king’s court; and he ordered him to teach them the literature and language of the Chaldeans. The king appointed for them a daily ration from the king’s choice food and from the wine which he drank, and appointed that they should be educated three years, at the end of which they were to enter the king’s personal service. Now among them from the sons of Judah were Daniel, Hananiah, Mishael and Azariah. Then the commander of the officials assigned new names to them; and to Daniel he assigned the name Belteshazzar, to Hananiah Shadrach, to Mishael Meshach and to Azariah Abed-nego.

“Thus says the Lord of hosts, the God of Israel, to all the exiles whom I have sent into exile from Jerusalem to Babylon, ‘Build houses and live in them; and plant gardens and eat their produce. Take wives and become the fathers of sons and daughters, and take wives for your sons and give your daughters to husbands, that they may bear sons and daughters; and multiply there and do not decrease.read more.
Seek the welfare of the city where I have sent you into exile, and pray to the Lord on its behalf; for in its welfare you will have welfare.’ For thus says the Lord of hosts, the God of Israel, ‘Do not let your prophets who are in your midst and your diviners deceive you, and do not listen to the dreams which they dream. For they prophesy falsely to you in My name; I have not sent them,’ declares the Lord. “For thus says the Lord, ‘When seventy years have been completed for Babylon, I will visit you and fulfill My good word to you, to bring you back to this place. For I know the plans that I have for you,’ declares the Lord, ‘plans for welfare and not for calamity to give you a future and a hope. Then you will call upon Me and come and pray to Me, and I will listen to you. You will seek Me and find Me when you search for Me with all your heart. I will be found by you,’ declares the Lord, ‘and I will restore your fortunes and will gather you from all the nations and from all the places where I have driven you,’ declares the Lord, ‘and I will bring you back to the place from where I sent you into exile.’

Now in the first year of Cyrus king of Persia—in order to fulfill the word of the Lord by the mouth of Jeremiah—the Lord stirred up the spirit of Cyrus king of Persia, so that he sent a proclamation throughout his kingdom, and also put it in writing, saying, “Thus says Cyrus king of Persia, ‘The Lord, the God of heaven, has given me all the kingdoms of the earth, and He has appointed me to build Him a house in Jerusalem, which is in Judah. Whoever there is among you of all His people, may the Lord his God be with him, and let him go up!’”

Now in the first year of Cyrus king of Persia, in order to fulfill the word of the Lord by the mouth of Jeremiah, the Lord stirred up the spirit of Cyrus king of Persia, so that he sent a proclamation throughout all his kingdom, and also put it in writing, saying: “Thus says Cyrus king of Persia, ‘The Lord, the God of heaven, has given me all the kingdoms of the earth and He has appointed me to build Him a house in Jerusalem, which is in Judah. Whoever there is among you of all His people, may his God be with him! Let him go up to Jerusalem which is in Judah and rebuild the house of the Lord, the God of Israel; He is the God who is in Jerusalem.read more.
Every survivor, at whatever place he may live, let the men of that place support him with silver and gold, with goods and cattle, together with a freewill offering for the house of God which is in Jerusalem.’”

Now these are the people of the province who came up out of the captivity of the exiles whom Nebuchadnezzar the king of Babylon had carried away to Babylon, and returned to Jerusalem and Judah, each to his city. These came with Zerubbabel, Jeshua, Nehemiah, Seraiah, Reelaiah, Mordecai, Bilshan, Mispar, Bigvai, Rehum and Baanah.The number of the men of the people of Israel:

These are the people of the province who came up from the captivity of the exiles whom Nebuchadnezzar the king of Babylon had carried away, and who returned to Jerusalem and Judah, each to his city, who came with Zerubbabel, Jeshua, Nehemiah, Azariah, Raamiah, Nahamani, Mordecai, Bilshan, Mispereth, Bigvai, Nehum, Baanah.The number of men of the people of Israel:

‘Some of your sons who shall issue from you, whom you will beget, will be taken away; and they will become officials in the palace of the king of Babylon.’”

I will also spread My net over him, and he will be caught in My snare. And I will bring him to Babylon in the land of the Chaldeans; yet he will not see it, though he will die there.

Ezra 5:12
Verse Concepts
Destruction Of The Temple
Exile Of Judah To Babylon

But because our fathers had provoked the God of heaven to wrath, He gave them into the hand of Nebuchadnezzar king of Babylon, the Chaldean, who destroyed this temple and deported the people to Babylon.

You will not escape from his hand, for you will surely be captured and delivered into his hand; and you will see the king of Babylon eye to eye, and he will speak with you face to face, and you will go to Babylon.’”’

After Nebuchadnezzar king of Babylon had carried away captive Jeconiah the son of Jehoiakim, king of Judah, and the officials of Judah with the craftsmen and smiths from Jerusalem and had brought them to Babylon, the Lord showed me: behold, two baskets of figs set before the temple of the Lord!

and he will take Zedekiah to Babylon, and he will be there until I visit him,” declares the Lord. “If you fight against the Chaldeans, you will not succeed”’?”

He then blinded Zedekiah’s eyes and bound him in fetters of bronze to bring him to Babylon.

All the men of valor, seven thousand, and the craftsmen and the smiths, one thousand, all strong and fit for war, and these the king of Babylon brought into exile to Babylon.

“Thus says the Lord of hosts, the God of Israel, to all the exiles whom I have sent into exile from Jerusalem to Babylon,

By the rivers of Babylon,
There we sat down and wept,
When we remembered Zion.

I will spread My net over him, and he will be caught in My snare. Then I will bring him to Babylon and enter into judgment with him there regarding the unfaithful act which he has committed against Me.

As I live,’ declares the Lord God, ‘Surely in the country of the king who put him on the throne, whose oath he despised and whose covenant he broke, in Babylon he shall die.

“Say now to the rebellious house, ‘Do you not know what these things mean?’ Say, ‘Behold, the king of Babylon came to Jerusalem, took its king and princes and brought them to him in Babylon.

“Writhe and labor to give birth,
Daughter of Zion,
Like a woman in childbirth;
For now you will go out of the city,
Dwell in the field,
And go to Babylon.
There you will be rescued;
There the Lord will redeem you
From the hand of your enemies.

Josiah became the father of Jeconiah and his brothers, at the time of the deportation to Babylon.

You also took along the tabernacle of Moloch and the star of the god Rompha, the images which you made to worship. I also will remove you beyond Babylon.’