11 Bible Verses about Cancellation Of Dept 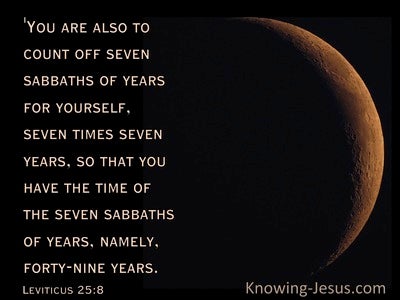 The Spirit of the Lord God is upon me,
Because the Lord has anointed me
To bring good news to the afflicted;
He has sent me to bind up the brokenhearted,
To proclaim liberty to captives
And freedom to prisoners;
To proclaim the favorable year of the Lord
And the day of vengeance of our God;
To comfort all who mourn,
To grant those who mourn in Zion,
Giving them a garland instead of ashes,
The oil of gladness instead of mourning,
The mantle of praise instead of a spirit of fainting.
So they will be called oaks of righteousness,
The planting of the Lord, that He may be glorified.

“At the end of every seven years you shall grant a remission of debts. This is the manner of remission: every creditor shall release what he has loaned to his neighbor; he shall not exact it of his neighbor and his brother, because the Lord’s remission has been proclaimed. From a foreigner you may exact it, but your hand shall release whatever of yours is with your brother.

Beware that there is no base thought in your heart, saying, ‘The seventh year, the year of remission, is near,’ and your eye is hostile toward your poor brother, and you give him nothing; then he may cry to the Lord against you, and it will be a sin in you.

“If your kinsman, a Hebrew man or woman, is sold to you, then he shall serve you six years, but in the seventh year you shall set him free. When you set him free, you shall not send him away empty-handed. You shall furnish him liberally from your flock and from your threshing floor and from your wine vat; you shall give to him as the Lord your God has blessed you.read more.
You shall remember that you were a slave in the land of Egypt, and the Lord your God redeemed you; therefore I command you this today.

Then Moses commanded them, saying, “At the end of every seven years, at the time of the year of remission of debts, at the Feast of Booths, when all Israel comes to appear before the Lord your God at the place which He will choose, you shall read this law in front of all Israel in their hearing.

“If you buy a Hebrew slave, he shall serve for six years; but on the seventh he shall go out as a free man without payment.

“At the end of seven years each of you shall set free his Hebrew brother who has been sold to you and has served you six years, you shall send him out free from you; but your forefathers did not obey Me or incline their ear to Me.

As for the peoples of the land who bring wares or any grain on the sabbath day to sell, we will not buy from them on the sabbath or a holy day; and we will forego the crops the seventh year and the exaction of every debt.