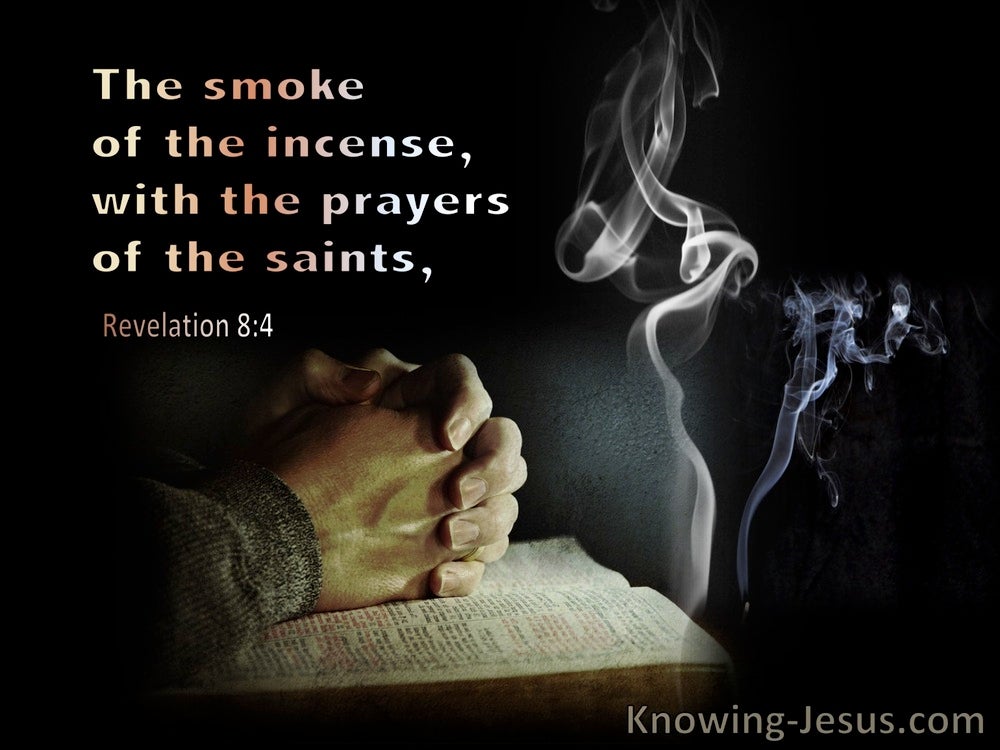 And there were flashes of lightning and sounds and peals of thunder; and there was a great earthquake, such as there had not been since man came to be upon the earth, so great an earthquake was it, and so mighty.

Then the fifth angel poured out his bowl on the throne of the beast, and his kingdom became darkened; and they gnawed their tongues because of pain,

The great city was split into three parts, and the cities of the nations fell. Babylon the great was remembered before God, to give her the cup of the wine of His fierce wrath.

So the first angel went and poured out his bowl on the earth; and it became a loathsome and malignant sore on the people who had the mark of the beast and who worshiped his image.

The fourth angel poured out his bowl upon the sun, and it was given to it to scorch men with fire. Men were scorched with fierce heat; and they blasphemed the name of God who has the power over these plagues, and they did not repent so as to give Him glory.

The sixth angel poured out his bowl on the great river, the Euphrates; and its water was dried up, so that the way would be prepared for the kings from the east.

When you hear of wars and rumors of wars, do not be frightened; those things must take place; but that is not yet the end. For nation will rise up against nation, and kingdom against kingdom; there will be earthquakes in various places; there will also be famines. These things are merely the beginning of birth pangs. “But be on your guard; for they will deliver you to the courts, and you will be flogged in the synagogues, and you will stand before governors and kings for My sake, as a testimony to them.

The One forming light and creating darkness,
Causing well-being and creating calamity;
I am the Lord who does all these.

For nation will rise against nation, and kingdom against kingdom, and in various places there will be famines and earthquakes.

“Those who see you will gaze at you,
They will ponder over you, saying,
‘Is this the man who made the earth tremble,
Who shook kingdoms,
Who made the world like a wilderness
And overthrew its cities,
Who did not allow his prisoners to go home?’

For thus says the Lord of hosts, ‘Once more in a little while, I am going to shake the heavens and the earth, the sea also and the dry land.

Then they will know that I am the Lord, when I make the land a desolation and a waste because of all their abominations which they have committed.”’

And it will hail when the forest comes down,
And the city will be utterly laid low.
How blessed will you be, you who sow beside all waters,
Who let out freely the ox and the donkey.

Jerusalem sinned greatly,
Therefore she has become an unclean thing.
All who honored her despise her
Because they have seen her nakedness;
Even she herself groans and turns away.