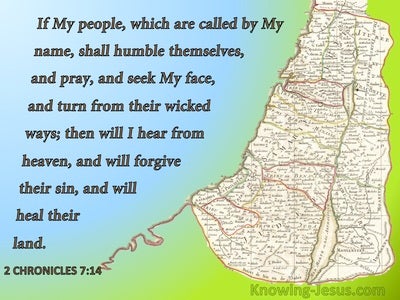 He had seven hundred princesses and three hundred concubines, and his wives turned his heart.

Now Gideon had seventy sons, {his own offspring}, for he had many wives. His concubine who [was] in Shechem also bore for him a son, and {he named him} Abimelech.

David took more concubines and wives from Jerusalem after he came from Hebron, and more sons and daughters [were] born to him.

And Rehoboam loved Maacah the daughter of Absalom more than all his wives and concubines (for he took eighteen wives and sixty concubines, and he fathered twenty-eight sons and sixty daughters).

Then Sarai, the wife of Abram, took Hagar, her Egyptian servant, after Abram had lived ten years in the land of Canaan, and gave her to Abram her husband as his wife.

Now Abraham again took a wife, and her name [was] Keturah.

In those days there was no king in Israel; there was a man, a Levite, who dwelled as a foreigner in the remote areas of the hill country of Ephraim. And he took for himself a concubine from Bethlehem in Judah. But his concubine felt repugnance toward him, and she left him and went to her father's house, to Bethlehem in Judah; she was there some four months. So her husband set out, and he went after her to speak {tenderly to her}, to bring her back. He took with him his servant and a pair of donkeys. And she brought him [to] her father's house, and the father of the young woman saw him and was glad to meet him.read more.
His father-in-law, the young woman's father, urged him to stay with him three days; and they ate and drank, and they spent the night there.

And the child grew and was weaned. And Abraham made a great feast on the day Isaac was weaned. And Sarah saw the son of Hagar the Egyptian, whom she had borne Abraham, mocking. Then she said to Abraham, "Drive out this slave woman and her son, for the son of this slave woman will not be heir with my son, with Isaac."read more.
And the matter {displeased Abraham very much} on account of his son. Then God said to Abraham, "{Do not be displeased} on account of the boy and on account of the slave woman. {Listen to everything that Sarah said to you}, for through Isaac [your] offspring will be named. And I will also make the son of the slave woman into a nation, for he is your offspring." Then Abraham rose up early in the morning and took bread and a skin of water and gave [it] to Hagar, putting [it] on her shoulder. And he sent her away with the child, and she went, wandering about in the wilderness, in Beersheba.

" 'And if a man sells his daughter as a slave woman, she will not go out as male slaves go out. If {she does not please her master} who selected her, he will allow her to be redeemed; he has no authority to sell her to foreign people, since he has dealt treacherously with her. And if he selects her for his son, he shall do for her according to the regulations for daughters.read more.
If he takes for himself another, he will not reduce her food, her clothing, or her right of cohabitation. And if he does not do for her these three, she shall go out for nothing; there will not be silver [paid for her].

Then she said, "Here [is] my servant girl Bilhah; go in to her that she may bear children {as my surrogate}. Then I will even {have children} by her." Then she gave him Bilhah, her female servant, as a wife, and Jacob went in to her And Bilhah conceived and gave birth to a son for Jacob.read more.
Then Rachel said, "God has judged me, and has also heard my voice, and has given me a son." Therefore she called his name Dan.

When Leah saw that she had ceased bearing children, she took Zilpah her female servant and gave her to Jacob as a wife.

Now Sarai, the wife of Abram, had borne him no children. And she had a female Egyptian servant, and her name [was] Hagar. And Sarai said to Abram, "Look, please, Yahweh has prevented me from bearing children. Please go in to my servant; perhaps {I will have children by her}." And Abram listened to the voice of Sarai.

And he went in to Hagar, and she conceived. And [when] she saw that she had conceived, then her mistress grew small in her eyes. And Sarai said to Abram, "may my harm [be] upon you. {I had my servant sleep with you}, and [when] she saw that she had conceived, {she no longer respected me}. May Yahweh judge between me and you!" And Abram said to Sarai, "Look, your servant [is] {under your authority}. Do to her that which [is] good in your eyes." And Sarai mistreated her, and she fled from her presence.

And Sarah saw the son of Hagar the Egyptian, whom she had borne Abraham, mocking.

under an unloved woman when she gets married, and a maid when she succeeds her mistress.

And Abraham gave all he had to Isaac. But to the sons of Abraham's concubines Abraham gave gifts. And while he [was] still living he sent them away eastward, [away] from his son Isaac, to the land of the east.

but today you have risen against the house of my father and killed his sons, seventy men on one stone, and you have made Abimelech, the son of his slave woman, a king over the lords of Shechem, because he is your relative--

nor [are they] all children because they are descendants of Abraham, but "In Isaac will your descendants be named."

with reference to whom it was said, "In Isaac your descendants will be named,"

And while Israel was living in that land Reuben went and had sexual relations with Bilhah, his father's concubine. And Israel heard [about it].

Reuben, you [are] my firstborn, my strength, and the firstfruit of my vigor, excelling in rank and excelling in power. Unstable as water, you shall not excel [any longer], for you went up upon the bed of your father, then defiled [it]. You went up upon my couch!

Saul had had a concubine, and her name [was] Rizpah the daughter of Aiah. Then [Ish-Bosheth] said to Abner, "Why {did you have sex with} my father's concubine?"

And Ahithophel said to Absalom, "Go to the concubines of your father whom he left behind to watch over the house, then all of Israel will hear that you made yourself odious to your father, and {all of your followers will be motivated}!" Then they pitched a tent for Absalom on the roof, and he went [in] to the concubines of his father before the eyes of all Israel.

(Now, Bethuel fathered Rebekah). These eight Milcah bore to Nahor, the brother of Abraham. And his concubine, whose name was Reumah, also bore Tebah, Gaham, Tahash, and Maacah.

(Now Timnah was the concubine of Eliphaz, the son of Esau. And she bore Amalek to Eliphaz.) These [are] the sons of Adah, the wife of Esau.

In those days there was no king in Israel; there was a man, a Levite, who dwelled as a foreigner in the remote areas of the hill country of Ephraim. And he took for himself a concubine from Bethlehem in Judah.

The king went out with all his household {following him}, but the king left behind ten concubines to look after the house.

And the sons of Keturah, Abraham's concubine: she gave birth to Zimran, Jokshan, Medan, Midian, Ishbak, and Shuah. And the sons of Jokshan: Sheba and Dedan.

The sons of Manasseh: Asriel, whom his Aramean concubine bore; she gave birth to Makir the father of Gilead.

And [now] you have exalted yourself against the Lord of heaven, and the vessels of his temple you have brought in before you, and you and your lords, your wives and your concubines, have been drinking wine from them, and you have praised the gods of silver, gold, bronze, iron, wood, and stone that [do] not see and [do] not hear and [do] not know, but the God {who holds your life in his hand} and all of your ways {come from him}, you have not honored.