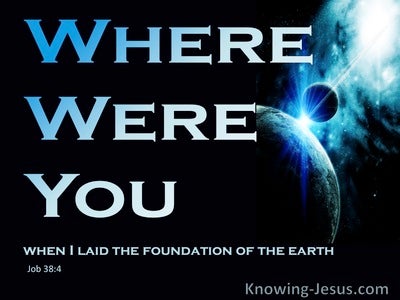 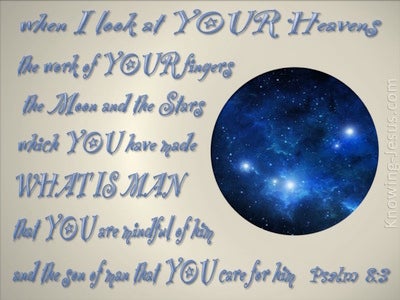 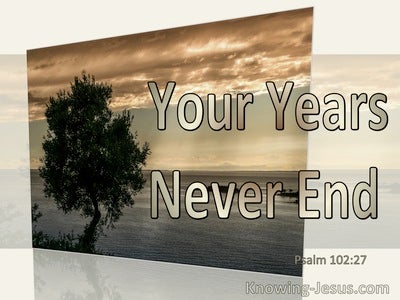 ‘Ah Lord God! Behold, You have made the heavens and the earth by Your great power and by Your outstretched arm! Nothing is too difficult for You,

“Where were you when I laid the foundation of the earth?
Tell Me, if you have understanding,
Who set its measurements? Since you know.
Or who stretched the line on it?
“On what were its bases sunk?
Or who laid its cornerstone,
read more.
When the morning stars sang together
And all the sons of God shouted for joy?
“Or who enclosed the sea with doors
When, bursting forth, it went out from the womb;
When I made a cloud its garment
And thick darkness its swaddling band,
And I placed boundaries on it
And set a bolt and doors,
And I said, ‘Thus far you shall come, but no farther;
And here shall your proud waves stop’? “Have you ever in your life commanded the morning,
And caused the dawn to know its place,
That it might take hold of the ends of the earth,
And the wicked be shaken out of it?
“It is changed like clay under the seal;
And they stand forth like a garment.
“From the wicked their light is withheld,
And the uplifted arm is broken.
“Have you entered into the springs of the sea
Or walked in the recesses of the deep?
“Have the gates of death been revealed to you,
Or have you seen the gates of deep darkness?
“Have you understood the expanse of the earth?
Tell Me, if you know all this.
“Where is the way to the dwelling of light?
And darkness, where is its place,
That you may take it to its territory
And that you may discern the paths to its home?
“You know, for you were born then,
And the number of your days is great!
“Have you entered the storehouses of the snow,
Or have you seen the storehouses of the hail,
Which I have reserved for the time of distress,
For the day of war and battle?
“Where is the way that the light is divided,
Or the east wind scattered on the earth?
“Who has cleft a channel for the flood,
Or a way for the thunderbolt,
To bring rain on a land without people,
On a desert without a man in it,
To satisfy the waste and desolate land
And to make the seeds of grass to sprout?
“Has the rain a father?
Or who has begotten the drops of dew?
“From whose womb has come the ice?
And the frost of heaven, who has given it birth?
“Water becomes hard like stone,
And the surface of the deep is imprisoned.
“Can you bind the chains of the Pleiades,
Or loose the cords of Orion?
“Can you lead forth a constellation in its season,
And guide the Bear with her satellites?
“Do you know the ordinances of the heavens,
Or fix their rule over the earth?
“Can you lift up your voice to the clouds,
So that an abundance of water will cover you?
“Can you send forth lightnings that they may go
And say to you, ‘Here we are’?
“Who has put wisdom in the innermost being
Or given understanding to the mind?
“Who can count the clouds by wisdom,
Or tip the water jars of the heavens,
When the dust hardens into a mass
And the clods stick together?
“Can you hunt the prey for the lion,
Or satisfy the appetite of the young lions,

Jeremiah 33:2
Verse Concepts
His Name Is The LordEarth, Creation Of
God, The LordI Am The Lord

For the choir director. A Psalm of David.
The heavens are telling of the glory of God;
And their expanse is declaring the work of His hands.
Day to day pours forth speech,
And night to night reveals knowledge.

Your lovingkindness, O Lord, extends to the heavens,
Your faithfulness reaches to the skies.

But if God so clothes the grass of the field, which is alive today and tomorrow is thrown into the furnace, will He not much more clothe you? You of little faith!

“To whom then will you liken Me
That I would be his equal?” says the Holy One.
Lift up your eyes on high
And see who has created these stars,
The One who leads forth their host by number,
He calls them all by name;
Because of the greatness of His might and the strength of His power,
Not one of them is missing.
Why do you say, O Jacob, and assert, O Israel,
“My way is hidden from the Lord,
And the justice due me escapes the notice of my God”?
read more.
Do you not know? Have you not heard?
The Everlasting God, the Lord, the Creator of the ends of the earth
Does not become weary or tired.
His understanding is inscrutable.

To Him who made the heavens with skill,
For His lovingkindness is everlasting;

“When He established the heavens, I was there,
When He inscribed a circle on the face of the deep,
When He made firm the skies above,
When the springs of the deep became fixed,
When He set for the sea its boundary
So that the water would not transgress His command,
When He marked out the foundations of the earth;

“Of old You founded the earth,
And the heavens are the work of Your hands.
“Even they will perish, but You endure;
And all of them will wear out like a garment;
Like clothing You will change them and they will be changed.
“But You are the same,
And Your years will not come to an end.

A Prayer of Moses, the man of God.
Lord, You have been our dwelling place in all generations.
Before the mountains were born
Or You gave birth to the earth and the world,
Even from everlasting to everlasting, You are God.

They will perish, but You remain;
And they all will become old like a garment,