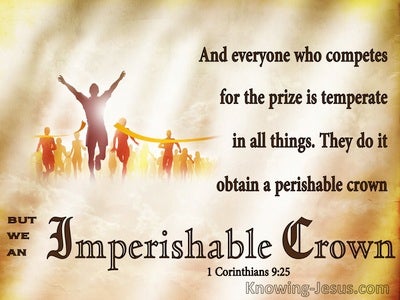 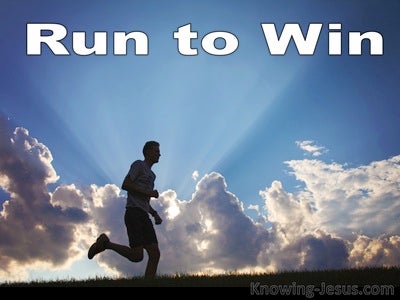 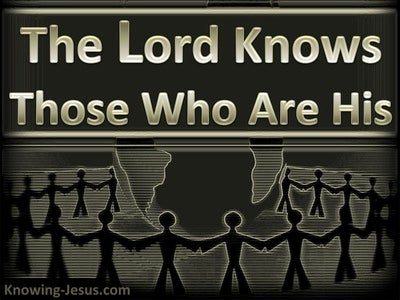 Every man who strives in the games exercises self-control in all things. Now they do it to receive a corruptible crown, but we an incorruptible.

Do you not know that those who run in a race all run, but one receives the prize? Run like that, that you may win.

Also, if anyone competes in athletics, he is not crowned unless he has competed by the rules.

"Thus says the Lord GOD: 'This is Jerusalem; I have set her in the midst of the nations, and countries are around her.

And he turned and rebuked them, and said, "You do not know of what kind of spirit you are.

But he said to him, "A certain man made a great supper, and he invited many people.

However God's firm foundation stands, having this seal, "The Lord knows those who are his," and, "Let every one who names the name of the Lord depart from unrighteousness."

In that day the Lord will take away the beauty of their anklets, the headbands, the crescent necklaces,

The LORD will cause you to be struck before your enemies; you shall go out one way against them, and shall flee seven ways before them: and you shall be tossed back and forth among all the kingdoms of the earth.

Ecclesiastes 2:17
Verse Concepts
Under The SunWeariness Of Life
Useless Endeavour

So I hated life, because the work that is worked under the sun was grievous to me; for all is vanity and a chasing after wind.