20 Bible Verses about Half Of Things 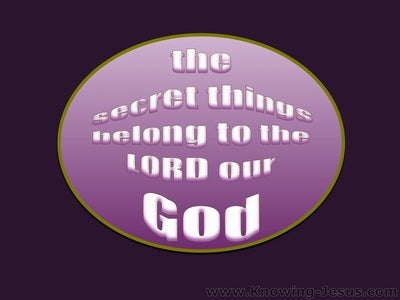 And it cometh to pass when the camels have finished drinking, that the man taketh a golden ring (whose weight is a bekah), and two bracelets for her hands (whose weight is ten bekahs of gold),

Luke 10:42
Verse Concepts
Doing The Right ThingBeauty And Self Worth
Need

but of one thing there is need, and Mary the good part did choose, that shall not be taken away from her.'

The things hidden are to Jehovah our God, and the things revealed are to us and to our sons -- to the age, to do all the words of this law.

a bekah for a poll (half a shekel, by the shekel of the sanctuary,) for every one who is passing over unto those numbered, from a son of twenty years and upwards, for six hundred thousand, and three thousand, and five hundred and fifty.

And the superfluity in the curtains of the tent -- the half of the curtain which is superfluous -- hath spread over the hinder part of the tabernacle;

and hast put it under the compass of the altar beneath, and the net hath been unto the middle of the altar.

And he maketh for the altar a brazen grate of net-work, under its border beneath, unto its midst;

And we build the wall, and all the wall is joined -- unto its half, and the people have a heart to work.

This is an offering of Aaron and of his sons, which they bring near to Jehovah in the day of his being anointed; a tenth of the ephah of flour for a continual present, half of it in the morning, and half of it in the evening;

Half of it he hath burnt in the fire, By this half of it he eateth flesh, He roasteth a roasting, and is satisfied, Yea, he is warm, and saith: 'Aha, I have become warm, I have enjoyed the light.

And none doth turn it back unto his heart, Nor hath knowledge nor understanding to say, 'Half of it I have burned in the fire, Yea, also, I have baked bread over its coals, I roast flesh and I eat, And its remnant for an abomination I make, To the stock of a tree I fall down.'

And Hanun taketh the servants of David, and shaveth off the half of their beard, and cutteth off their long robes in the midst -- unto their buttocks, and sendeth them away;

1 Kings 10:7
Verse Concepts
Wealthy PeopleFractions, One Half
Not Believing PeopleWealth And Prosperity

and I gave no credence to the words till that I have come, and my eyes see, and lo, it was not declared to me -- the half; thou hast added wisdom and goodness unto the report that I heard.

2 Chronicles 9:6
Verse Concepts
God, Greatness OfFractions, One Half
Six Hundred And Above

and I have given no credence to their words, till that I have come, and mine eyes see, and lo, there hath not been declared to me the half of the abundance of thy wisdom -- thou hast added unto the report that I heard.

As to Samaria, as the half of thy sins -- she hath not sinned, And thou dost multiply thine abominations more than they, And dost justify thy sisters by all thy abominations that thou hast done.

And Thou, O God, dost bring them down To a pit of destruction, Men of blood and deceit reach not to half their days, And I -- I do trust in Thee!