26 Bible Verses about Those Who Were Ignorant 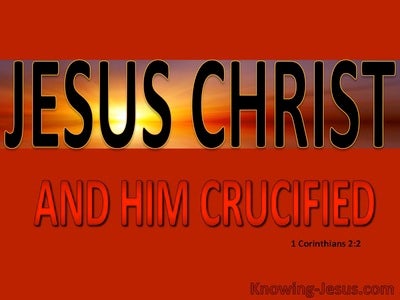 Who is this -- darkening counsel, By words without knowledge?

Who is this, hiding counsel without knowledge?' Therefore, I have declared, and understand not, Too wonderful for me, and I know not.

Psalm 14:4
Verse Concepts
Not PrayingatheismEating, Metaphorical Use
Calling upon GodEvildoers

Have all working iniquity not known? Those consuming my people have eaten bread, Jehovah they have not called.

Have not workers of iniquity known, Those eating my people have eaten bread, God they have not called.

A brutish man doth not know, And a fool understandeth not this; --

Go from before a foolish man, Or thou hast not known the lips of knowledge.

Be gathered, and come in, Come nigh together, ye escaped of the nations, They have not known, Who are lifting up the wood of their graven image, And praying unto a god that saveth not.

Even the sun he hath not seen nor known, more rest hath this than that.

'And your infants, of whom ye have said, For a prey they are, and your sons who have not known to-day good and evil, they go in thither, and to them I give it, and they possess it;

For the living know that they die, and the dead know not anything, and there is no more to them a reward, for their remembrance hath been forgotten.

Job 14:21
Verse Concepts
The Honourable Will Be Honoured

Honoured are his sons, and he knoweth not; And they are little, and he attendeth not to them.

Blind are his watchmen -- all of them, They have not known, All of them are dumb dogs, they are not able to bark, Dozing, lying down, loving to slumber.

They knew not, nor do they understand, In darkness they walk habitually, Moved are all the foundations of earth.

They have not known, nor do they understand, For He hath daubed their eyes from seeing, Their heart from acting wisely.

And none doth turn it back unto his heart, Nor hath knowledge nor understanding to say, 'Half of it I have burned in the fire, Yea, also, I have baked bread over its coals, I roast flesh and I eat, And its remnant for an abomination I make, To the stock of a tree I fall down.'

For a nation lost to counsels are they, And there is no understanding in them.

An ox hath known its owner, And an ass the crib of its master, Israel hath not known, My people hath not understood.

for he was not knowing what he might say, for they were greatly afraid.

and having returned, he found them again sleeping, for their eyes were heavy, and they had not known what they might answer him.

and a certain one of them, Caiaphas, being chief priest of that year, said to them, 'Ye have not known anything,

and Jehovah hath not given to you a heart to know, and eyes to see, and ears to hear, till this day,

Job -- not with knowledge doth he speak, And his words are not with wisdom.

And I am brutish, and do not know. A beast I have been with Thee.

(For of yesterday we are, and we know not, For a shadow are our days on earth.)

for I decided not to know any thing among you, except Jesus Christ, and him crucified;