11 Bible Verses about Martyrdom, Reasons For 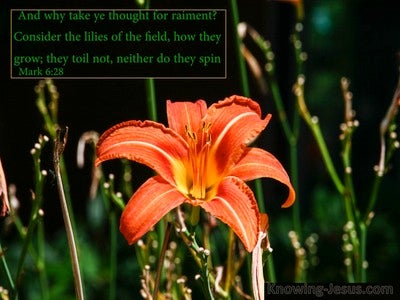 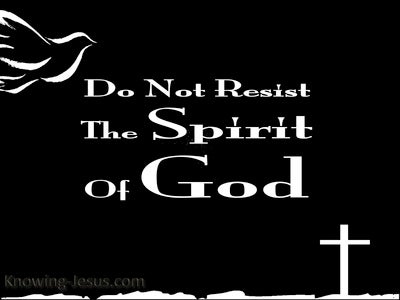 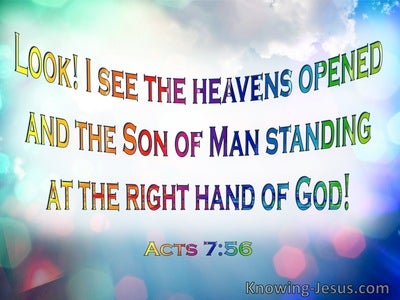 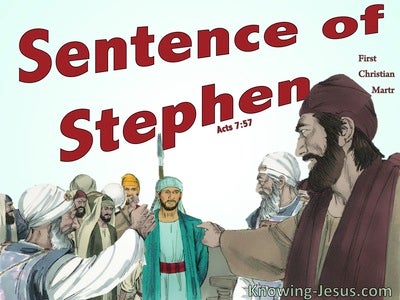 and said to his servants, This is John the baptist, he is certainly risen from the dead, and therefore miraculous things are done by him: for Herod had apprehended John, and bound him, and put him in prison for the sake of Herodias, his brother Philip's wife; for John said to Him, It is not lawful for thee to have her: and he would have put him to death,read more.
but that he was afraid of the people; for they esteemed him as a prophet. But when Herod's birth-day was kept, the daughter of Herodias danced before them, and pleased Herod, so that he promised her with an oath to give her whatever she would ask: and she, being before instructed by her mother, said, Give me here in a dish the head of John the baptist: at which the king was distressed, but because of his oath, and of those who sat at table with him, he ordered it to be given her; and he sent and beheaded John in the prison, and his head was brought in a dish, and given to the young princess, who carried it to her mother: and his disciples came and took up the body and buried it, and then went and told Jesus.

For Herod had sent and seized John, and bound him in prison on account of Herodias, his brother Philip's wife, because he had married her: For John had said to Herod, it is not lawful for thee to have thy brother's wife. Wherefore Herodias persecuted him, and would have taken away his life:read more.
but could not; for Herod revered John, knowing him to be a just and holy man, and protected him: and when he heard him he did many things according to John's instructions, and heard him willingly. But a convenient day happening, when Herod on his birth-night gave a supper to his lords, and chief officers, and persons of distinction in Galilee; and the daughter of Herodias coming in, and dancing, and having pleased Herod and his guests, the king said to the young princess, Ask of me whatever thou wilt, and I will give it thee. And he gave her his oath too, whatever thou shalt ask of me, I will give it thee, even to the half of my kingdom. And she withdrew and consulted her mother, what to ask: and she said, The head of John the baptist. And immediately she came in again with eagerness to the king, and said, I desire that thou wouldst give me directly the head of John the baptist in a dish. And the king was exceedingly grieved, but on account of his oath, and those who were at table with him, he would not refuse her: but immediately sent one of his guard, and ordered his head to be brought: and he went and beheaded him in the prison, and brought his head in a dish, and gave it to the damsel, and the damsel carried it to her mother. And his disciples hearing of it, came and took up his corpse, and laid it in a sepulchre.

Ye stiff-necked, and uncircumcised in heart and ears, ye do always resist the holy Spirit: as your fathers did, so do ye. Which of the prophets did not your fathers persecute? and slew those who prophesied concerning the coming of that righteous One, of whom ye have been now the betrayers and murderers; who received the law by the ministration of angels, and yet have not kept it.read more.
And when they heard these things, they were cut to the heart and gnashed their teeth at him. But he being full of the holy Spirit looked up stedfastly into heaven, and saw the glory of God, and Jesus standing at the right hand of God: and he said, Behold, I see the heavens opened, and the Son of man standing at the right hand of God. Then they cried out with a loud voice, and stopped their ears, and ran upon him with one accord, and cast him out of the city and stoned him: and the witnesses laid down their clothes at the feet of a young man, whose name was Saul.

And when they shall have finished their testimony, the beast that ascendeth out of the abyss, will make war against them, and overcome them, and kill them. And their dead bodies shall fall in the street of the great city, which is spiritually called Sodom and Egypt, where also our Lord was crucified. And various people, and tribes, and tongues, and nations, shall see their dead bodies three days and an half, and not suffer their corpses to be buried.read more.
And those that dwell upon the earth shall triumph over them, and be merry, and send presents to one another: because these two prophets had tormented those that dwelt on the earth.

Then shall they afflict you, and kill you; and ye shall be hated by all nations for my name:

One brother shall betray another to death, and the father the son: and children shall appear against their parents, and cause them to be put to death. And ye shall be hated by all men for my sake: but he that endures to the end shall be saved.

But ye shall be betrayed even by parents, and brethren, and kindred and friends; and some of you shall they cause to be put to death: and ye will be hated by all men for my sake.

and why did he slay him? because his own works were evil, and his brother's righteous.

And upon her forehead was a name written, "Mystery, Babylon the great, the mother of harlots, and of the abominations of the earth."

And when He opened the fifth seal, I saw under the altar the souls of those that had been slain for the word of God, and for the testimony which they maintained.