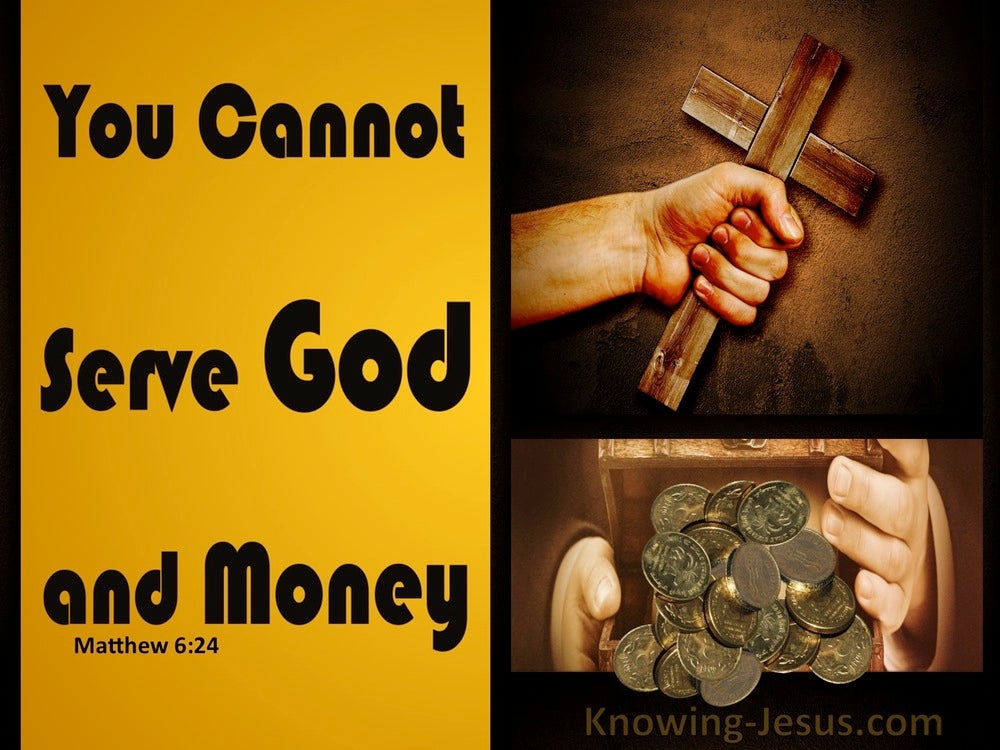 A rich man’s wealth is his strong city,
And like a high wall in his own imagination.

He who withholds grain, the people will curse him,
But blessing will be on the head of him who sells it.

But a man named Ananias, with his wife Sapphira, sold a piece of property, and kept back some of the price for himself, with his wife’s full knowledge, and bringing a portion of it, he laid it at the apostles’ feet. But Peter said, “Ananias, why has Satan filled your heart to lie to the Holy Spirit and to keep back some of the price of the land?read more.
While it remained unsold, did it not remain your own? And after it was sold, was it not under your control? Why is it that you have conceived this deed in your heart? You have not lied to men but to God.” And as he heard these words, Ananias fell down and breathed his last; and great fear came over all who heard of it. The young men got up and covered him up, and after carrying him out, they buried him. Now there elapsed an interval of about three hours, and his wife came in, not knowing what had happened. And Peter responded to her, “Tell me whether you sold the land for such and such a price?” And she said, “Yes, that was the price.” Then Peter said to her, “Why is it that you have agreed together to put the Spirit of the Lord to the test? Behold, the feet of those who have buried your husband are at the door, and they will carry you out as well.” And immediately she fell at his feet and breathed her last, and the young men came in and found her dead, and they carried her out and buried her beside her husband. And great fear came over the whole church, and over all who heard of these things.

Then He said to them, “Beware, and be on your guard against every form of greed; for not even when one has an abundance does his life consist of his possessions.”

“No one can serve two masters; for either he will hate the one and love the other, or he will be devoted to one and despise the other. You cannot serve God and wealth.

But God will break you down forever;
He will snatch you up and tear you away from your tent,
And uproot you from the land of the living. Selah.

There is a grievous evil which I have seen under the sun: riches being hoarded by their owner to his hurt.

He who shuts his ear to the cry of the poor
Will also cry himself and not be answered.

Do not eat the bread of a selfish man,
Or desire his delicacies;
For as he thinks within himself, so he is.
He says to you, “Eat and drink!”
But his heart is not with you.
You will vomit up the morsel you have eaten,
And waste your compliments.

Then I looked again at vanity under the sun. There was a certain man without a dependent, having neither a son nor a brother, yet there was no end to all his labor. Indeed, his eyes were not satisfied with riches and he never asked, “And for whom am I laboring and depriving myself of pleasure?” This too is vanity and it is a grievous task.

But those who want to get rich fall into temptation and a snare and many foolish and harmful desires which plunge men into ruin and destruction. For the love of money is a root of all sorts of evil, and some by longing for it have wandered away from the faith and pierced themselves with many griefs.

But they do not know how to do what is right,” declares the Lord, “these who hoard up violence and devastation in their citadels.”