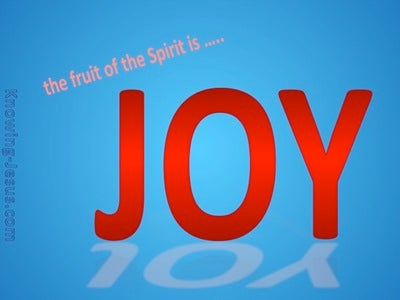 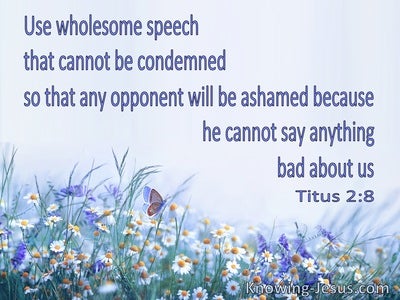 But if there is any further injury, then you shall appoint as a penalty life for life, eye for eye, tooth for tooth, hand for hand, foot for foot, burn for burn, wound for wound, bruise for bruise.

‘If a man takes the life of any human being, he shall surely be put to death. The one who takes the life of an animal shall make it good, life for life. If a man injures his neighbor, just as he has done, so it shall be done to him:read more.
fracture for fracture, eye for eye, tooth for tooth; just as he has injured a man, so it shall be inflicted on him. Thus the one who kills an animal shall make it good, but the one who kills a man shall be put to death. There shall be one standard for you; it shall be for the stranger as well as the native, for I am the Lord your God.’”

Then the Lord spoke to Moses, saying, “Speak to the sons of Israel and say to them, ‘When you cross the Jordan into the land of Canaan, then you shall select for yourselves cities to be your cities of refuge, that the manslayer who has killed any person unintentionally may flee there.read more.
The cities shall be to you as a refuge from the avenger, so that the manslayer will not die until he stands before the congregation for trial. The cities which you are to give shall be your six cities of refuge. You shall give three cities across the Jordan and three cities in the land of Canaan; they are to be cities of refuge. These six cities shall be for refuge for the sons of Israel, and for the alien and for the sojourner among them; that anyone who kills a person unintentionally may flee there.

Then Moses set apart three cities across the Jordan to the east, that a manslayer might flee there, who unintentionally slew his neighbor without having enmity toward him in time past; and by fleeing to one of these cities he might live: Bezer in the wilderness on the plateau for the Reubenites, and Ramoth in Gilead for the Gadites, and Golan in Bashan for the Manassites.

He who restrains his words has knowledge,
And he who has a cool spirit is a man of understanding.

As he lifted his eyes and saw his brother Benjamin, his mother’s son, he said, “Is this your youngest brother, of whom you spoke to me?” And he said, “May God be gracious to you, my son.” Joseph hurried out for he was deeply stirred over his brother, and he sought a place to weep; and he entered his chamber and wept there. Then he washed his face and came out; and he controlled himself and said, “Serve the meal.”

A fool’s anger is known at once,
But a prudent man conceals dishonor.

But the fruit of the Spirit is love, joy, peace, patience, kindness, goodness, faithfulness, gentleness, self-control; against such things there is no law.

For the grace of God has appeared, bringing salvation to all men, instructing us to deny ungodliness and worldly desires and to live sensibly, righteously and godly in the present age,

Better is a little with the fear of the Lord
Than great treasure and turmoil with it.

“Again, you have heard that the ancients were told, ‘You shall not make false vows, but shall fulfill your vows to the Lord.’ But I say to you, make no oath at all, either by heaven, for it is the throne of God, or by the earth, for it is the footstool of His feet, or by Jerusalem, for it is the city of the great King.read more.
Nor shall you make an oath by your head, for you cannot make one hair white or black. But let your statement be, ‘Yes, yes’ or ‘No, no’; anything beyond these is of evil.

Let your speech always be with grace, as though seasoned with salt, so that you will know how you should respond to each person.

so then let us not sleep as others do, but let us be alert and sober. For those who sleep do their sleeping at night, and those who get drunk get drunk at night. But since we are of the day, let us be sober, having put on the breastplate of faith and love, and as a helmet, the hope of salvation.

For the overseer must be above reproach as God’s steward, not self-willed, not quick-tempered, not addicted to wine, not pugnacious, not fond of sordid gain, but hospitable, loving what is good, sensible, just, devout, self-controlled,

Older men are to be temperate, dignified, sensible, sound in faith, in love, in perseverance. Older women likewise are to be reverent in their behavior, not malicious gossips nor enslaved to much wine, teaching what is good, so that they may encourage the young women to love their husbands, to love their children,read more.
to be sensible, pure, workers at home, kind, being subject to their own husbands, so that the word of God will not be dishonored. Likewise urge the young men to be sensible; in all things show yourself to be an example of good deeds, with purity in doctrine, dignified, sound in speech which is beyond reproach, so that the opponent will be put to shame, having nothing bad to say about us.

What is the outcome then, brethren? When you assemble, each one has a psalm, has a teaching, has a revelation, has a tongue, has an interpretation. Let all things be done for edification. If anyone speaks in a tongue, it should be by two or at the most three, and each in turn, and one must interpret; but if there is no interpreter, he must keep silent in the church; and let him speak to himself and to God.read more.
Let two or three prophets speak, and let the others pass judgment. But if a revelation is made to another who is seated, the first one must keep silent. For you can all prophesy one by one, so that all may learn and all may be exhorted; and the spirits of prophets are subject to prophets; for God is not a God of confusion but of peace, as in all the churches of the saints.

‘I know your deeds, that you are neither cold nor hot; I wish that you were cold or hot. So because you are lukewarm, and neither hot nor cold, I will spit you out of My mouth.

“To the angel of the church in Sardis write:He who has the seven Spirits of God and the seven stars, says this: ‘I know your deeds, that you have a name that you are alive, but you are dead. Wake up, and strengthen the things that remain, which were about to die; for I have not found your deeds completed in the sight of My God.