8 Bible Verses about Once A Day 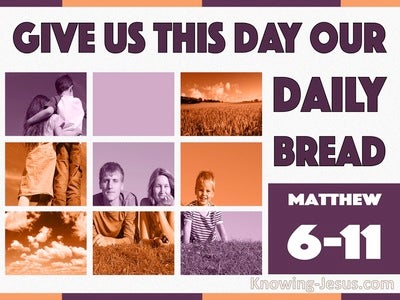 And while every priest stands ministering, day after day, and constantly offering the same sacrifices--though such can never rid us of our sins--

give us to-day our bread for the day;

give us day after day our bread for the day;

About this time, as the number of disciples was increasing, complaints were made by the Greek-speaking Jews against the Hebrews because their widows were habitually overlooked in the daily ministration.

and having made an agreement with them for a shilling a day, sent them into his vineyard.

some men were carrying there one who had been lame from birth, whom they were wont to place every day close to the Beautiful Gate (as it was called)

But some grew obstinate in unbelief and spoke evil of the new faith before all the congregation. So Paul left them, and, taking with him those who were disciples, held discussions daily in Tyrannus's lecture-hall.