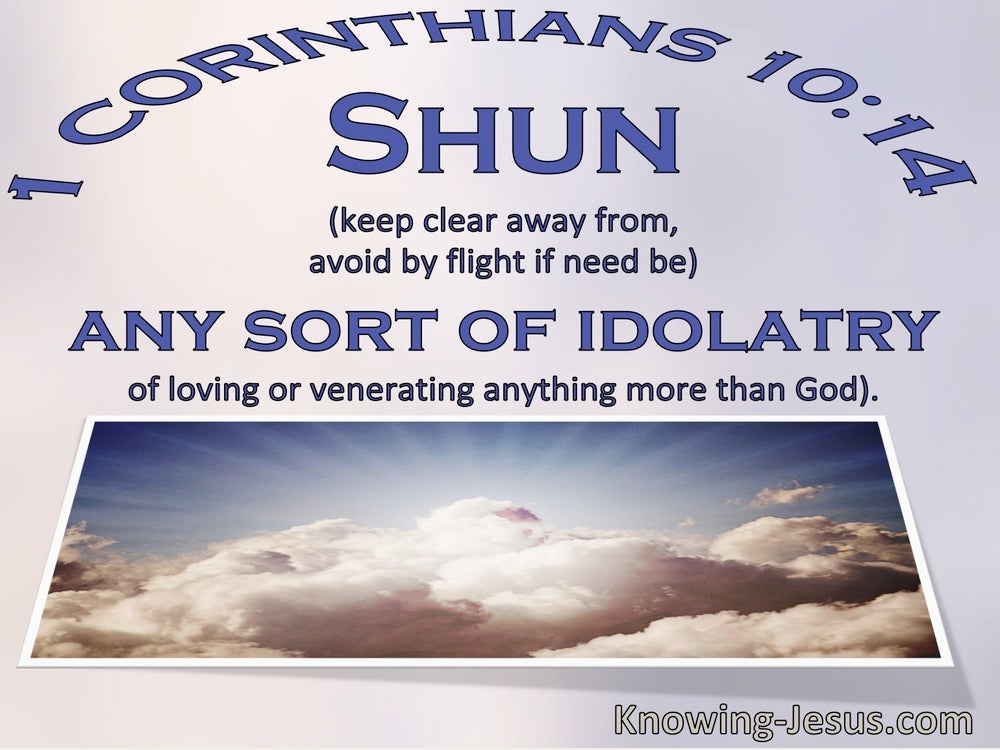 You shall not give any of your offspring to offer them to Molech, nor shall you profane the name of your God; I am the Lord.

Do you not possess what Chemosh your god gives you to possess? So whatever the Lord our God has driven out before us, we will possess it.

Now the lords of the Philistines assembled to offer a great sacrifice to Dagon their god, and to rejoice, for they said,
“Our god has given Samson our enemy into our hands.”

They forsook all the commandments of the Lord their God and made for themselves molten images, even two calves, and made an Asherah and worshiped all the host of heaven and served Baal.

The men of Babylon made Succoth-benoth, the men of Cuth made Nergal, the men of Hamath made Ashima,

and the Avvites made Nibhaz and Tartak; and the Sepharvites burned their children in the fire to Adrammelech and Anammelech the gods of Sepharvaim.

It came about as he was worshiping in the house of Nisroch his god, that Adrammelech and Sharezer his sons killed him with the sword; and they escaped into the land of Ararat. And Esarhaddon his son became king in his place.

And they began calling Barnabas, Zeus, and Paul, Hermes, because he was the chief speaker.

Now while Paul was waiting for them at Athens, his spirit was being provoked within him as he was observing the city full of idols. So he was reasoning in the synagogue with the Jews and the God-fearing Gentiles, and in the market place every day with those who happened to be present. And also some of the Epicurean and Stoic philosophers were conversing with him. Some were saying, “What would this idle babbler wish to say?” Others, “He seems to be a proclaimer of strange deities,”—because he was preaching Jesus and the resurrection.read more.
And they took him and brought him to the Areopagus, saying, “May we know what this new teaching is which you are proclaiming? For you are bringing some strange things to our ears; so we want to know what these things mean.” (Now all the Athenians and the strangers visiting there used to spend their time in nothing other than telling or hearing something new.) So Paul stood in the midst of the Areopagus and said, “Men of Athens, I observe that you are very religious in all respects. For while I was passing through and examining the objects of your worship, I also found an altar with this inscription, ‘TO AN UNKNOWN GOD.’ Therefore what you worship in ignorance, this I proclaim to you.

About that time there occurred no small disturbance concerning the Way. For a man named Demetrius, a silversmith, who made silver shrines of Artemis, was bringing no little business to the craftsmen; these he gathered together with the workmen of similar trades, and said, “Men, you know that our prosperity depends upon this business.read more.
You see and hear that not only in Ephesus, but in almost all of Asia, this Paul has persuaded and turned away a considerable number of people, saying that gods made with hands are no gods at all. Not only is there danger that this trade of ours fall into disrepute, but also that the temple of the great goddess Artemis be regarded as worthless and that she whom all of Asia and the world worship will even be dethroned from her magnificence.” When they heard this and were filled with rage, they began crying out, saying, “Great is Artemis of the Ephesians!” The city was filled with the confusion, and they rushed with one accord into the theater, dragging along Gaius and Aristarchus, Paul’s traveling companions from Macedonia. And when Paul wanted to go into the assembly, the disciples would not let him. Also some of the Asiarchs who were friends of his sent to him and repeatedly urged him not to venture into the theater. So then, some were shouting one thing and some another, for the assembly was in confusion and the majority did not know for what reason they had come together. Some of the crowd concluded it was Alexander, since the Jews had put him forward; and having motioned with his hand, Alexander was intending to make a defense to the assembly. But when they recognized that he was a Jew, a single outcry arose from them all as they shouted for about two hours, “Great is Artemis of the Ephesians!” After quieting the crowd, the town clerk *said, “Men of Ephesus, what man is there after all who does not know that the city of the Ephesians is guardian of the temple of the great Artemis and of the image which fell down from heaven? So, since these are undeniable facts, you ought to keep calm and to do nothing rash. For you have brought these men here who are neither robbers of temples nor blasphemers of our goddess.

Therefore, my beloved, flee from idolatry.

“You shall have no other gods before Me.

‘You shall have no other gods before Me.