10 Bible Verses about Principalities And Powers 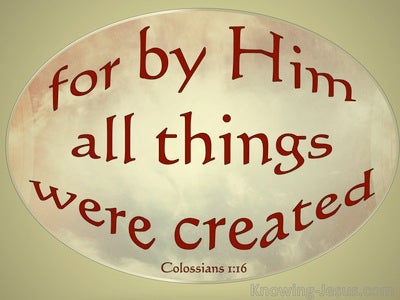 because in him were the all things created, those in the heavens, and those upon the earth, those visible, and those invisible, whether thrones, whether lordships, whether principalities, whether authorities; all things through him, and for him, have been created,

And he saith, Hast thou known why I have come unto thee? and now I turn back to fight with the head of Persia; yea, I am going forth, and lo, the head of Javan hath come;

And it hath come to pass, in that day, Jehovah layeth a charge on the host of the high place in the high place, And on the kings of the land on the land.