52 Bible Verses about Going To Heaven 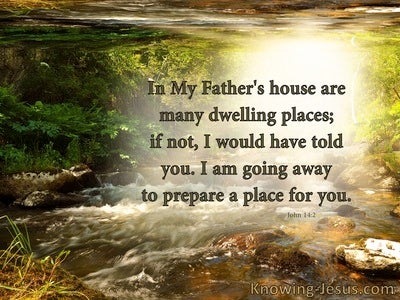 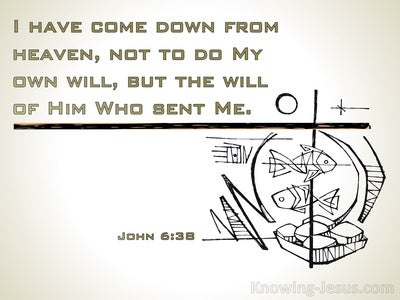 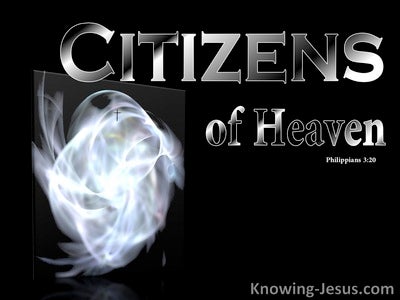 and said, 'Verily I say to you, if ye may not be turned and become as the children, ye may not enter into the reign of the heavens;

and again I say to you, it is easier for a camel through the eye of a needle to go, than for a rich man to enter into the reign of God.'

because I have come down out of the heaven, not that I may do my will, but the will of Him who sent me.

in the house of my Father are many mansions; and if not, I would have told you; I go on to prepare a place for you;

John 3:13
Verse Concepts
Christ And HeavenMinistry Of The Son Of Man
Christ Going Down

and no one hath gone up to the heaven, except he who out of the heaven came down -- the Son of Man who is in the heaven.

and if I go on and prepare for you a place, again do I come, and will receive you unto myself, that where I am ye also may be;

'Not every one who is saying to me Lord, lord, shall come into the reign of the heavens; but he who is doing the will of my Father who is in the heavens.

The Lord, then, indeed, after speaking to them, was received up to the heaven, and sat on the right hand of God;

'Woe to you, Scribes and Pharisees, hypocrites! because ye shut up the reign of the heavens before men, for ye do not go in, nor those going in do ye suffer to enter.

and the righteousness of faith doth thus speak: 'Thou mayest not say in thine heart, Who shall go up to the heaven,' that is, Christ to bring down?

And these things having said -- they beholding -- he was taken up, and a cloud did receive him up from their sight;

Matthew 10:7
Verse Concepts
God's Blessings Are NearpreachingCommunicationKingdom Of God, Coming Of
Opportunities, And SalvationDuties Of Christian ServantsGo And Preach

'And, going on, proclaim saying that, the reign of the heavens hath come nigh;

Jesus saith to him, 'I am the way, and the truth, and the life, no one doth come unto the Father, if not through me;

But Jesus said, 'Suffer the children, and forbid them not, to come unto me, for of such is the reign of the heavens;'

From the end of the heavens is his going out, And his revolution is unto their ends, And nothing is hid from his heat.

For our citizenship is in the heavens, whence also a Saviour we await -- the Lord Jesus Christ --

Go ye in through the strait gate, because wide is the gate, and broad the way that is leading to the destruction, and many are those going in through it;

And he dreameth, and lo, a ladder set up on the earth, and its head is touching the heavens; and lo, messengers of God are going up and coming down by it;

if the earthly things I said to you, and ye do not believe, how, if I shall say to you the heavenly things, will ye believe?

who also said, 'Men, Galileans, why do ye stand gazing into the heaven? this Jesus who was received up from you into the heaven, shall so come in what manner ye saw him going on to the heaven.'

The heavens -- the heavens are Jehovah's, And the earth He hath given to sons of men,

and he said, 'Lo, I see the heavens having been opened, and the Son of Man standing on the right hand of God.'

And I saw a new heaven and a new earth, for the first heaven and the first earth did pass away, and the sea is not any more;

and a certain one said to him, 'Sir, are those saved few?' and he said unto them,

For, lo, I am creating new heavens, and a new earth, And the former things are not remembered, Nor do they ascend on the heart.

If I ascend the heavens -- there Thou art, And spread out a couch in Sheol, lo, Thee!

And when he openeth the seventh seal, there came silence in the heaven about half-an-hour,

So the last shall be first, and the first last, for many are called, and few chosen.'

he who went down is the same also who went up far above all the heavens, that He may fill all things --

And Enoch walketh habitually with God, and he is not, for God hath taken him.

God from the heavens looked on the sons of men, To see if there be an understanding one, One seeking God.

which of the two did the will of the father?' They say to him, 'The first.' Jesus saith to them, 'Verily I say to you, that the tax-gatherers and the harlots do go before you into the reign of God,

and no one was able in the heaven, nor upon the earth, nor under the earth, to open the scroll, nor to behold it.

The first man is out of the earth, earthy; the second man is the Lord out of heaven;

John 3:31
Verse Concepts
All Authority Has Been Given To JesusChrist And HeavenThe WorldSchool
The EarthPreeminence Of ChristHeaven Better Than EarthPerspective

It is easier for a camel through the eye of the needle to enter, than for a rich man to enter into the reign of God.'

Jehovah, incline Thy heavens and come down, Strike against mountains, and they smoke.

and being full of the Holy Spirit, having looked stedfastly to the heaven, he saw the glory of God, and Jesus standing on the right hand of God,

And it hath come to pass in that day, I answer -- an affirmation of Jehovah, I answer the heavens, and they answer the earth.

After these things I saw, and lo, a door opened in the heaven, and the first voice that I heard is as of a trumpet speaking with me, saying, 'Come up hither, and I will shew thee what it behoveth to come to pass after these things;'

'Thy reign come: Thy will come to pass, as in heaven also on the earth.

Topics on Going To Heaven

Then were brought near to him children that he might put hands on them and pray, and the disciples rebuked them.