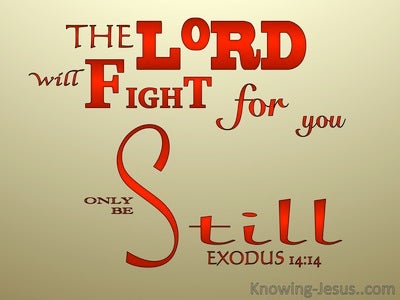 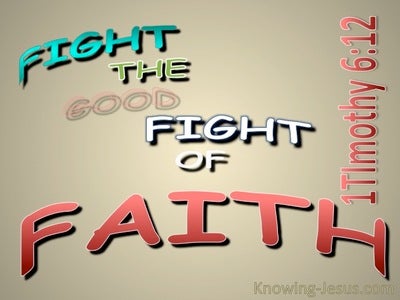 2 Chronicles 20:17
Verse Concepts
struggletomorrowdeliverance
Assurance in the life of faithFear, Overcome By

Not for you to fight in this; station yourselves, stand, and see the salvation of Jehovah with you, O Judah and Jerusalem -- be not afraid nor fear ye -- to-morrow go out before them, and Jehovah is with you.'

Who is this -- 'the king of glory?' Jehovah -- strong and mighty, Jehovah, the mighty in battle.

Teaching my hands for battle, And a bow of brass was brought down by my arms.

By David. Blessed is Jehovah my rock, who is teaching My hands for war, my fingers for battle.

And Saul is called, and all the people who are with him, and they come in unto the battle, and, lo, the sword of each hath been against his neighbour -- a very great destruction.

And Thou girdest me with strength for battle, Causest my withstanders to bow under me.

'And when ye go into battle in your land against the adversary who is distressing you, then ye have shouted with the trumpets, and ye have been remembered before Jehovah your God, and ye have been saved from your enemies.

O Jehovah, my Lord, strength of my salvation, Thou hast covered my head in the day of armour.

Jehovah doth fight for you, and ye keep silent.'

Rise ye, journey and pass over the brook Arnon; see, I have given into thy hand Sihon king of Heshbon, the Amorite, and his land; begin to possess, and stir up thyself against him in battle.

and the king of Israel gathereth the prophets, about four hundred men, and saith unto them, 'Do I go against Ramoth-Gilead to battle, or do I forbear?' and they say, 'Go up, and the Lord doth give it into the hand of the king.'

Proclaim ye this among nations, Sanctify a war, stir up the mighty ones, Come nigh, come up, let all the men of war.

for Jehovah your God is He who is going with you, to fight for you with your enemies -- to save you.

With him is an arm of flesh, and with us is Jehovah our God, to help us, and to fight our battles;' and the people are supported by the words of Hezekiah king of Judah.

When thou goest out to battle against thine enemy, and hast seen horse and chariot -- a people more numerous than thou -- thou art not afraid of them, for Jehovah thy God is with thee, who is bringing thee up out of the land of Egypt;

'Or what king going on to engage with another king in war, doth not, having sat down, first consult if he be able with ten thousand to meet him who with twenty thousand is coming against him?

By David. Strive, Jehovah, with my strivers, fight with my fighters,

And gone forth hath Jehovah, And He hath fought against those nations, As in the day of His fighting in a day of conflict.

A horse is prepared for a day of battle, And the deliverance is of Jehovah!

and he saith, 'Attend, all Judah, and ye inhabitants of Jerusalem, and O king Jehoshaphat, Thus said Jehovah to you, Ye fear not, nor are afraid of the face of this great multitude, for not for you is the battle, but for God.

He hath ransomed in peace my soul From him who is near to me, For with the multitude they were with me.

and he shall go forth to lead the nations astray, that are in the four corners of the earth -- Gog and Magog -- to gather them together to war, of whom the number is as the sand of the sea;

Jehovah as a mighty one goeth forth. As a man of war He stirreth up zeal, He crieth, yea, He shrieketh, Against His enemies He showeth Himself mighty.

for if also an uncertain sound a trumpet may give, who shall prepare himself for battle?

and they have fought against thee, and they prevail not against thee; for with thee am I, -- an affirmation of Jehovah -- to deliver thee.

An axe art thou to me -- weapons of war, And I have broken in pieces by thee nations, And I have destroyed by thee kingdoms,

'Rise, and we go up by night, And we destroy her palaces.'

and they are helped against them, and the Hagarites are given into their hand, and all who are with them, for they cried to God in battle, and He was entreated of them, because they trusted in Him.

yet am I to-day strong as in the day of Moses' sending me; as my power then, so is my power now, for battle, and to go out, and to come in.

be striving the good strife of the faith, be laying hold on the life age-during, to which also thou wast called, and didst profess the right profession before many witnesses.

the good strife I have striven, the course I have finished, the faith I have kept,

That I have kept back for a time of distress, For a day of conflict and battle.

but if thou art going -- do it, be strong for battle, God doth cause thee to stumble before an enemy, for there is power in God to help, and to cause to stumble.'

Sons of Ephraim -- armed bearers of bow, Have turned in a day of conflict.

and thou hast halved the prey between those handling the battle who go out to the host and all the company;

and the battle is there scattered over the face of all the land, and the forest multiplieth to devour among the people more than those whom the sword hath devoured in that day.

Against the shepherds did Mine anger burn, And against the he-goats I lay a charge, For inspected hath Jehovah of Hosts His flock, the house of Judah, And set them as His beauteous horse in battle.

Thus said the Lord Jehovah to Edom, A report we have heard from Jehovah, And an ambassador among nations was sent, 'Rise, yea, let us rise against her for battle.'

and they say unto Moses, 'Thy servants have taken up the sum of the men of war who are with us, and not a man of us hath been missed;

Ye have not gone up into breaches, Nor do ye make a fence for the house of Israel, To stand in battle in a day of Jehovah.

Thy people are free-will gifts in the day of Thy strength, in the honours of holiness, From the womb, from the morning, Thou hast the dew of thy youth.

And these are the nations which Jehovah left, to try Israel by them, all who have not known all the wars of Canaan;

And David riseth early in the morning, and leaveth the flock to a keeper, and lifteth up, and goeth, as Jesse commanded him, and he cometh in to the path, and to the force which is going out unto the rank, and they have shouted for battle;

and the three detachments blow with trumpets, and break the pitchers, and keep hold with their left hand on the lamps, and with their right hand on the trumpets to blow, and they cry, 'The sword of Jehovah and of Gideon.'

Battle » Prayer before » By jehoshaphat

And Jehoshaphat feareth, and setteth his face to seek to Jehovah, and proclaimeth a fast over all Judah; and Judah is gathered to inquire of Jehovah; also, from all the cities of Judah they have come in to seek Jehovah. And Jehoshaphat standeth in the assembly of Judah and Jerusalem, in the house of Jehovah, at the front of the new court, read more.
and saith, 'O Jehovah, God of our fathers, art not Thou -- God in the heavens? yea, Thou art ruling over all kingdoms of the nations, and in Thy hand is power and might, and there is none with Thee to station himself. 'Art not Thou our God? Thou hast dispossessed the inhabitants of this land from before Thy people Israel, and dost give it to the seed of Abraham Thy friend to the age, and they dwell in it, and build to Thee in it a sanctuary for Thy name, saying, If evil doth come upon us -- sword, judgment, and pestilence, and famine -- we stand before this house, and before Thee, for Thy name is in this house, and cry unto Thee out of our distress, and Thou dost hear and save. 'And now, lo, sons of Ammon, and Moab, and mount Seir, whom Thou didst not grant to Israel to go in against in their coming out of the land of Egypt, for they turned aside from off them and destroyed them not, and lo, they are recompensing to us -- to come in to drive us out of Thy possession, that Thou hast caused us to possess. O our God, dost Thou not execute judgment upon them? for there is no power in us before this great multitude that hath come against us, and we know not what we do, but on Thee are our eyes.'

Battle » Prayer before » By asa

And Asa calleth unto Jehovah his God, and saith, 'Jehovah! it is nothing with Thee to help, between the mighty and those who have no power; help us, O Jehovah, our God, for on Thee we have leant, and in Thy name we have come against this multitude; O Jehovah, our God thou art; let him not prevail with Thee -- mortal man!

And lo, with us -- at our head -- is God, and His priests and trumpets of shouting to shout against you; O sons of Israel, do not fight with Jehovah, God of your fathers, for ye do not prosper.'

Moab is my pot for washing, over Edom I cast my shoe, Shout, concerning me, O Philistia. Who doth bring me to a city of bulwarks? Who hath led me unto Edom?

Moab is a pot for my washing, Upon Edom I cast my shoe, Over Philistia I shout habitually. Who doth bring me in to the fenced city? Who hath led me unto Edom?

he hath been with David in Pas-Dammim, and the Philistines have been gathered there to battle, and a portion of the field is full of barley, and the people have fled from the face of the Philistines,

Wherefore having girded up the loins of your mind, being sober, hope perfectly upon the grace that is being brought to you in the revelation of Jesus Christ,

And Thou girdest me with strength for battle, Causest my withstanders to bow under me.

for if also an uncertain sound a trumpet may give, who shall prepare himself for battle?