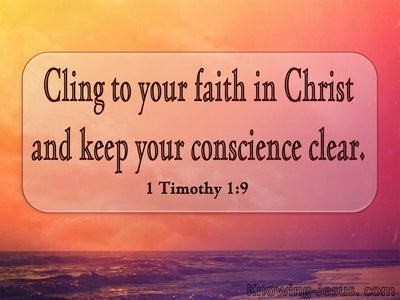 keeping faith and a good conscience, which some have rejected and suffered shipwreck in regard to their faith.

‘Now that you are broken by the seas
In the depths of the waters,
Your merchandise and all your company
Have fallen in the midst of you.

When they had been brought safely through, then we found out that the island was called Malta. The natives showed us extraordinary kindness; for because of the rain that had set in and because of the cold, they kindled a fire and received us all. But when Paul had gathered a bundle of sticks and laid them on the fire, a viper came out because of the heat and fastened itself on his hand.read more.
When the natives saw the creature hanging from his hand, they began saying to one another, “Undoubtedly this man is a murderer, and though he has been saved from the sea, justice has not allowed him to live.” However he shook the creature off into the fire and suffered no harm. But they were expecting that he was about to swell up or suddenly fall down dead. But after they had waited a long time and had seen nothing unusual happen to him, they changed their minds and began to say that he was a god. Now in the neighborhood of that place were lands belonging to the leading man of the island, named Publius, who welcomed us and entertained us courteously three days. And it happened that the father of Publius was lying in bed afflicted with recurrent fever and dysentery; and Paul went in to see him and after he had prayed, he laid his hands on him and healed him.

But the centurion was more persuaded by the pilot and the captain of the ship than by what was being said by Paul. Because the harbor was not suitable for wintering, the majority reached a decision to put out to sea from there, if somehow they could reach Phoenix, a harbor of Crete, facing southwest and northwest, and spend the winter there. When a moderate south wind came up, supposing that they had attained their purpose, they weighed anchor and began sailing along Crete, close inshore.read more.
But before very long there rushed down from the land a violent wind, called Euraquilo; and when the ship was caught in it and could not face the wind, we gave way to it and let ourselves be driven along. Running under the shelter of a small island called Clauda, we were scarcely able to get the ship’s boat under control. After they had hoisted it up, they used supporting cables in undergirding the ship; and fearing that they might run aground on the shallows of Syrtis, they let down the sea anchor and in this way let themselves be driven along. The next day as we were being violently storm-tossed, they began to jettison the cargo; and on the third day they threw the ship’s tackle overboard with their own hands. Since neither sun nor stars appeared for many days, and no small storm was assailing us, from then on all hope of our being saved was gradually abandoned. When they had gone a long time without food, then Paul stood up in their midst and said, “Men, you ought to have followed my advice and not to have set sail from Crete and incurred this damage and loss.

But when the fourteenth night came, as we were being driven about in the Adriatic Sea, about midnight the sailors began to surmise that they were approaching some land. They took soundings and found it to be twenty fathoms; and a little farther on they took another sounding and found it to be fifteen fathoms. Fearing that we might run aground somewhere on the rocks, they cast four anchors from the stern and wished for daybreak.read more.
But as the sailors were trying to escape from the ship and had let down the ship’s boat into the sea, on the pretense of intending to lay out anchors from the bow, Paul said to the centurion and to the soldiers, “Unless these men remain in the ship, you yourselves cannot be saved.” Then the soldiers cut away the ropes of the ship’s boat and let it fall away. Until the day was about to dawn, Paul was encouraging them all to take some food, saying, “Today is the fourteenth day that you have been constantly watching and going without eating, having taken nothing. Therefore I encourage you to take some food, for this is for your preservation, for not a hair from the head of any of you will perish.” Having said this, he took bread and gave thanks to God in the presence of all, and he broke it and began to eat. All of them were encouraged and they themselves also took food. All of us in the ship were two hundred and seventy-six persons. When they had eaten enough, they began to lighten the ship by throwing out the wheat into the sea. When day came, they could not recognize the land; but they did observe a bay with a beach, and they resolved to drive the ship onto it if they could. And casting off the anchors, they left them in the sea while at the same time they were loosening the ropes of the rudders; and hoisting the foresail to the wind, they were heading for the beach. But striking a reef where two seas met, they ran the vessel aground; and the prow stuck fast and remained immovable, but the stern began to be broken up by the force of the waves.

But striking a reef where two seas met, they ran the vessel aground; and the prow stuck fast and remained immovable, but the stern began to be broken up by the force of the waves. The soldiers’ plan was to kill the prisoners, so that none of them would swim away and escape; but the centurion, wanting to bring Paul safely through, kept them from their intention, and commanded that those who could swim should jump overboard first and get to land,read more.
and the rest should follow, some on planks, and others on various things from the ship. And so it happened that they all were brought safely to land.