21 Bible Verses about Signs From God 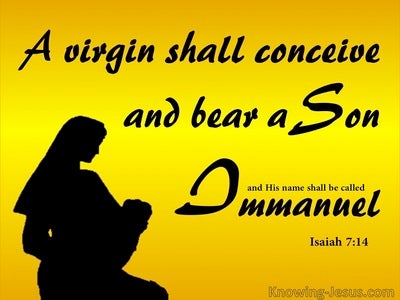 “Ask a sign for yourself from the Lord your God; make it deep as Sheol or high as heaven.”

This will be the sign to you which will come concerning your two sons, Hophni and Phinehas: on the same day both of them will die.

But if they say, ‘Come up to us,’ then we will go up, for the Lord has given them into our hands; and this shall be the sign to us.”

‘Then this shall be the sign for you: you will eat this year what grows of itself, in the second year what springs from the same, and in the third year sow, reap, plant vineyards, and eat their fruit.

“Then this shall be the sign for you: you will eat this year what grows of itself, in the second year what springs from the same, and in the third year sow, reap, plant vineyards and eat their fruit.

“This shall be the sign to you from the Lord, that the Lord will do this thing that He has spoken:

This will be a sign for you: you will find a baby wrapped in cloths and lying in a manger.”

And He said, “Certainly I will be with you, and this shall be the sign to you that it is I who have sent you: when you have brought the people out of Egypt, you shall worship God at this mountain.”

Then get yourself an iron plate and set it up as an iron wall between you and the city, and set your face toward it so that it is under siege, and besiege it. This is a sign to the house of Israel.

I will set a sign among them and will send survivors from them to the nations: Tarshish, Put, Lud, Meshech, Tubal and Javan, to the distant coastlands that have neither heard My fame nor seen My glory. And they will declare My glory among the nations.

Then Moses said, “What if they will not believe me or listen to what I say? For they may say, ‘The Lord has not appeared to you.’” The Lord said to him, “What is that in your hand?” And he said, “A staff.” Then He said, “Throw it on the ground.” So he threw it on the ground, and it became a serpent; and Moses fled from it.read more.
But the Lord said to Moses, “Stretch out your hand and grasp it by its tail”—so he stretched out his hand and caught it, and it became a staff in his hand— “that they may believe that the Lord, the God of their fathers, the God of Abraham, the God of Isaac, and the God of Jacob, has appeared to you.” The Lord furthermore said to him, “Now put your hand into your bosom.” So he put his hand into his bosom, and when he took it out, behold, his hand was leprous like snow. Then He said, “Put your hand into your bosom again.” So he put his hand into his bosom again, and when he took it out of his bosom, behold, it was restored like the rest of his flesh. “If they will not believe you or heed the witness of the first sign, they may believe the witness of the last sign. But if they will not believe even these two signs or heed what you say, then you shall take some water from the Nile and pour it on the dry ground; and the water which you take from the Nile will become blood on the dry ground.”

You shall take in your hand this staff, with which you shall perform the signs.”

Moses told Aaron all the words of the Lord with which He had sent him, and all the signs that He had commanded him to do.

and Aaron spoke all the words which the Lord had spoken to Moses. He then performed the signs in the sight of the people.

for the Lord our God is He who brought us and our fathers up out of the land of Egypt, from the house of bondage, and who did these great signs in our sight and preserved us through all the way in which we went and among all the peoples through whose midst we passed.

Moses said, “By this you shall know that the Lord has sent me to do all these deeds; for this is not my doing. If these men die the death of all men or if they suffer the fate of all men, then the Lord has not sent me. But if the Lord brings about an entirely new thing and the ground opens its mouth and swallows them up with all that is theirs, and they descend alive into Sheol, then you will understand that these men have spurned the Lord.”

In those days Hezekiah became mortally ill; and he prayed to the Lord, and the Lord spoke to him and gave him a sign.

Know this day that I am not speaking with your sons who have not known and who have not seen the discipline of the Lord your God—His greatness, His mighty hand and His outstretched arm, and His signs and His works which He did in the midst of Egypt to Pharaoh the king of Egypt and to all his land; and what He did to Egypt’s army, to its horses and its chariots, when He made the water of the Red Sea to engulf them while they were pursuing you, and the Lord completely destroyed them;read more.
and what He did to you in the wilderness until you came to this place; and what He did to Dathan and Abiram, the sons of Eliab, the son of Reuben, when the earth opened its mouth and swallowed them, their households, their tents, and every living thing that followed them, among all Israel— but your own eyes have seen all the great work of the Lord which He did.

It shall be when these signs come to you, do for yourself what the occasion requires, for God is with you.