19 Bible Verses about Telling What People Did 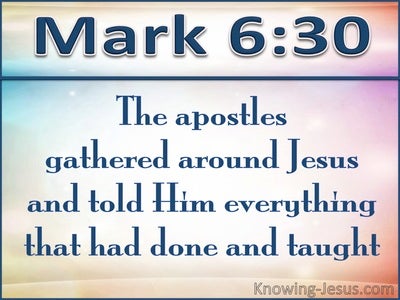 Then the slave told Isaac all the things that he had done.

And it came to pass the same day that Isaac's slaves came and told him concerning the well which they had opened and said unto him, We have found water.

And she spoke unto him according to these words, saying, The Hebrew slave, whom thou hast brought unto us, came in unto me to dishonour me; and when I lifted up my voice and cried, he left his garment with me and fled out.

And it came to pass when his master heard the words of his wife, which she spoke unto him, saying, After this manner did thy slave treat me, that his wrath was kindled.

And Boaz answered and said unto her, It has fully been showed me all that thou hast done unto thy mother-in-law since the death of thy husband and how thou hast left thy father and thy mother and the land of thy nativity and art come three days ago unto a people whom thou didst not know before.

And it was told David what Rizpah, the daughter of Aiah, the concubine of Saul, had done.

Now there dwelt an old prophet in Bethel, and his sons came and told him all the works that the man of God had done that day in Bethel; they also told their father the words which he had spoken unto the king.

And Abiathar gave David the news that Saul had slain the LORD's priests.

And Ahab told Jezebel all that Elijah had done and of how he had slain all the prophets with the sword.

And the king had talked with Gehazi, the servant of the man of God, saying, Tell me, I pray thee, all the great things that Elisha has done. And as he was telling the king how he had restored a dead body to life, behold, the woman, whose son he had restored to life, cried to the king for her house and for her land. So Gehazi said, My lord, O king, this is the woman, and this is her son, whom Elisha restored to life.

Now it came to pass when Sanballat and Tobiah and Geshem, the Arabian, and the rest of our enemies, heard that I had built the wall and that there was no breach left in it (though at that time I had not set up the doors upon the gates),

Matthew 14:12
Verse Concepts
Corpses Of Other People
Disciples Of John The Baptist

And his disciples came and took up the body and buried it and went and told Jesus.

And the apostles gathered themselves together unto Jesus and told him everything they had done and what they had taught.

And the apostles, when they were returned, told him all that they had done. And he took them and went aside privately into a desert place belonging to the city called Bethsaida.

So that slave came and showed his lord these things. Then the husband of the house, being angry, said to his slave, Go out quickly into the streets and lanes of the city and bring in here the poor and the maimed and the halt and the blind.

Verily I say unto you, Wherever this gospel shall be preached in the whole world, there shall also this, that this woman has done, be told for a memorial of her.

Verily I say unto you, Wherever this gospel shall be preached throughout the whole world, this also that she has done shall be spoken of for a memorial of her.