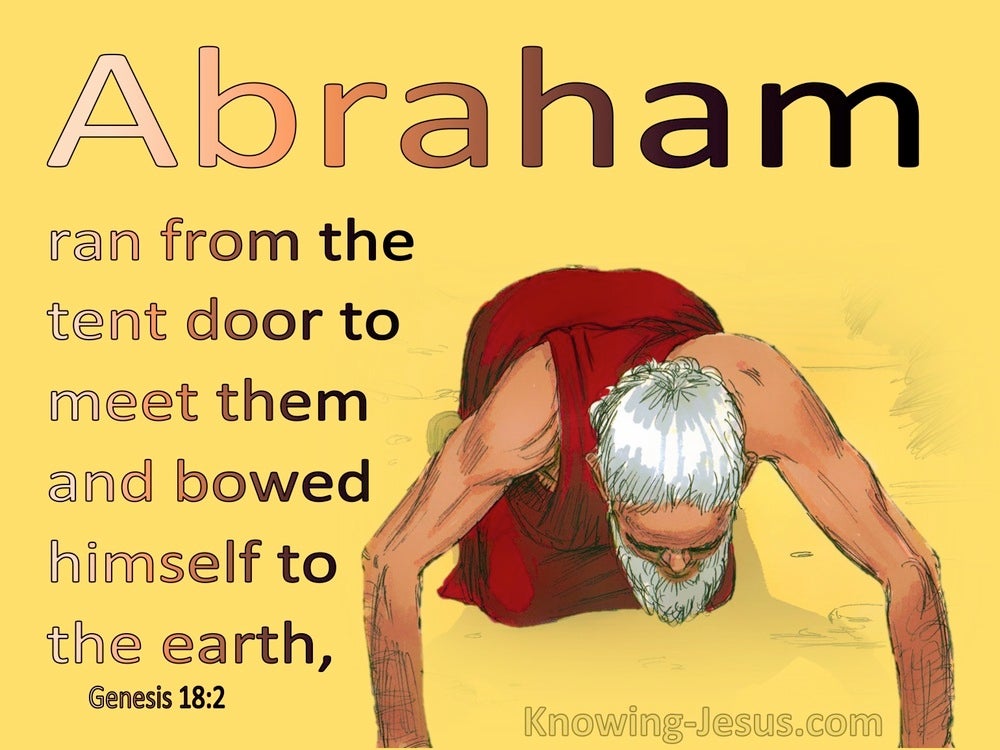 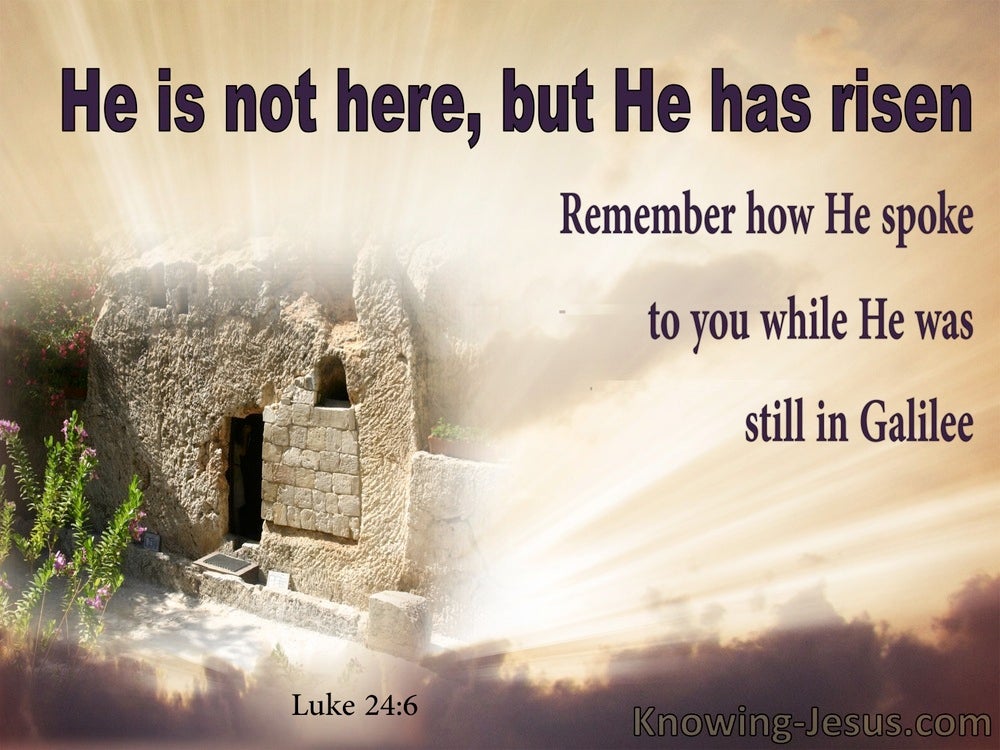 Now the Lord appeared to him by the oaks of Mamre, while he was sitting at the tent door in the heat of the day. When he lifted up his eyes and looked, behold, three men were standing opposite him; and when he saw them, he ran from the tent door to meet them and bowed himself to the earth,

Now there was a man at Caesarea named Cornelius, a centurion of what was called the Italian cohort, a devout man and one who feared God with all his household, and gave many alms to the Jewish people and prayed to God continually. About the ninth hour of the day he clearly saw in a vision an angel of God who had just come in and said to him, “Cornelius!”read more.
And fixing his gaze on him and being much alarmed, he said, “What is it, Lord?” And he said to him, “Your prayers and alms have ascended as a memorial before God. Now dispatch some men to Joppa and send for a man named Simon, who is also called Peter; he is staying with a tanner named Simon, whose house is by the sea.”

In the third year of Cyrus king of Persia a message was revealed to Daniel, who was named Belteshazzar; and the message was true and one of great conflict, but he understood the message and had an understanding of the vision. In those days, I, Daniel, had been mourning for three entire weeks. I did not eat any tasty food, nor did meat or wine enter my mouth, nor did I use any ointment at all until the entire three weeks were completed.read more.
On the twenty-fourth day of the first month, while I was by the bank of the great river, that is, the Tigris, I lifted my eyes and looked, and behold, there was a certain man dressed in linen, whose waist was girded with a belt of pure gold of Uphaz. His body also was like beryl, his face had the appearance of lightning, his eyes were like flaming torches, his arms and feet like the gleam of polished bronze, and the sound of his words like the sound of a tumult. Now I, Daniel, alone saw the vision, while the men who were with me did not see the vision; nevertheless, a great dread fell on them, and they ran away to hide themselves. So I was left alone and saw this great vision; yet no strength was left in me, for my natural color turned to a deathly pallor, and I retained no strength. But I heard the sound of his words; and as soon as I heard the sound of his words, I fell into a deep sleep on my face, with my face to the ground. Then behold, a hand touched me and set me trembling on my hands and knees. He said to me, “O Daniel, man of high esteem, understand the words that I am about to tell you and stand upright, for I have now been sent to you.” And when he had spoken this word to me, I stood up trembling.

Now as Jacob went on his way, the angels of God met him. Jacob said when he saw them, “This is God’s camp.” So he named that place Mahanaim.

Now the two angels came to Sodom in the evening as Lot was sitting in the gate of Sodom. When Lot saw them, he rose to meet them and bowed down with his face to the ground.

Now in the sixth month the angel Gabriel was sent from God to a city in Galilee called Nazareth,

On the very night when Herod was about to bring him forward, Peter was sleeping between two soldiers, bound with two chains, and guards in front of the door were watching over the prison. And behold, an angel of the Lord suddenly appeared and a light shone in the cell; and he struck Peter’s side and woke him up, saying, “Get up quickly.” And his chains fell off his hands. And the angel said to him, “Gird yourself and put on your sandals.” And he did so. And he *said to him, “Wrap your cloak around you and follow me.”read more.
And he went out and continued to follow, and he did not know that what was being done by the angel was real, but thought he was seeing a vision. When they had passed the first and second guard, they came to the iron gate that leads into the city, which opened for them by itself; and they went out and went along one street, and immediately the angel departed from him.

But an angel of the Lord spoke to Philip saying, “Get up and go south to the road that descends from Jerusalem to Gaza.” (This is a desert road.) So he got up and went; and there was an Ethiopian eunuch, a court official of Candace, queen of the Ethiopians, who was in charge of all her treasure; and he had come to Jerusalem to worship,

But on the first day of the week, at early dawn, they came to the tomb bringing the spices which they had prepared. And they found the stone rolled away from the tomb, but when they entered, they did not find the body of the Lord Jesus.read more.
While they were perplexed about this, behold, two men suddenly stood near them in dazzling clothing; and as the women were terrified and bowed their faces to the ground, the men said to them, “Why do you seek the living One among the dead? He is not here, but He has risen. Remember how He spoke to you while He was still in Galilee, saying that the Son of Man must be delivered into the hands of sinful men, and be crucified, and the third day rise again.” And they remembered His words,

Now it happened that while he was performing his priestly service before God in the appointed order of his division,

But when he had considered this, behold, an angel of the Lord appeared to him in a dream, saying, “Joseph, son of David, do not be afraid to take Mary as your wife; for the Child who has been conceived in her is of the Holy Spirit. She will bear a Son; and you shall call His name Jesus, for He will save His people from their sins.”

But when Herod died, behold, an angel of the Lord *appeared in a dream to Joseph in Egypt, and said, “Get up, take the Child and His mother, and go into the land of Israel; for those who sought the Child’s life are dead.” So Joseph got up, took the Child and His mother, and came into the land of Israel.read more.
But when he heard that Archelaus was reigning over Judea in place of his father Herod, he was afraid to go there. Then after being warned by God in a dream, he left for the regions of Galilee,

But Mary was standing outside the tomb weeping; and so, as she wept, she stooped and looked into the tomb; and she *saw two angels in white sitting, one at the head and one at the feet, where the body of Jesus had been lying. And they *said to her, “Woman, why are you weeping?” She *said to them, “Because they have taken away my Lord, and I do not know where they have laid Him.”