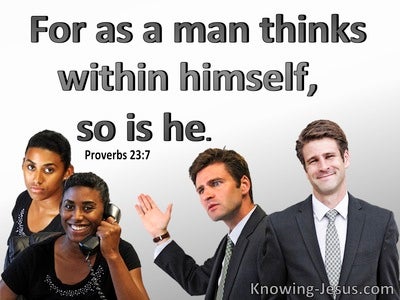 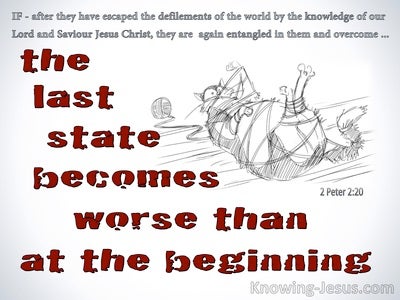 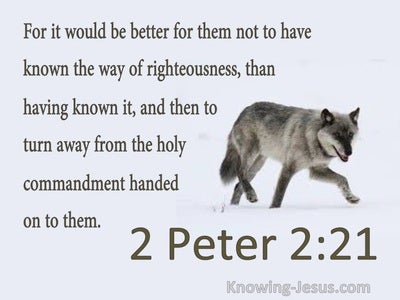 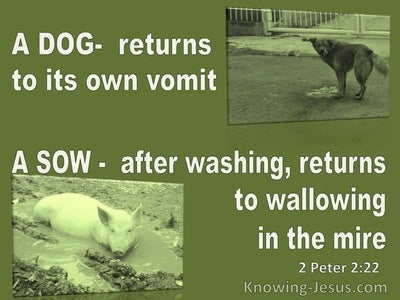 And Yahweh spoke to the fish, and it vomited Jonah out on the dry land.

Like a dog returning to his vomit [is] a fool reverting to his folly.

Do not eat the bread of {the stingy}, and do not desire his delicacies. For, like hair in his {throat}, so it is. "Eat and drink!" he will say to you, but his heart will not be with you. Your morsel you have eaten, you will vomit it up, and you will waste your pleasant words.

[If] you find honey, eat what is sufficient for you, lest you have your fill of it and vomit it out. Make your foot scarce in the house of your neighbor, lest he become weary of you and hate you.

These [people] are waterless springs and mists driven by a hurricane, for whom the gloom of darkness has been reserved. {For by speaking high-sounding but empty words}, they entice with desires of the flesh [and] with licentiousness those who are scarcely escaping from those who live in error, promising them freedom [although they] themselves are slaves of depravity. For to whatever someone succumbs, by this he is also enslaved.read more.
For if, [after they] have escaped from the defilements of the world through the knowledge of the Lord and Savior Jesus Christ, and they are again entangled in these [things] [and] succumb to [them], the last [state] has become worse for them than the first. For it would have been better for them not to have known the way of righteousness than having known [it], to turn back from the holy commandment that had been delivered to them. The [statement] of the true proverb has happened to them, "A dog returns to its own vomit," and "A sow, [after] washing herself, [returns] to wallowing in the mud."

" 'You must not make yourself unclean in any of these [things], because the nations whom I am driving out from your presence were made unclean by all of these. So the land became unclean, and {I have brought the punishment of} its guilt upon it, and the land has vomited out its inhabitants. But you ([neither] the native nor the alien who is dwelling in your midst) shall keep my statutes and my regulations, and you shall not {practice} any of these detestable thingsread more.
(because the people of the land, who [were] {before you}, did all these detestable things, so the land became unclean), so that the land will not vomit you out when you make it unclean [just] as it vomited out the nation that [was] {before you}.

" 'And you shall keep all my statutes and all my regulations, and you shall do them, so that the land, to which I am bringing you to inhabit it, shall not vomit you out. And you shall not follow the statutes of the nation that I am driving out {from before you}, because they did all these things, and I detested them. So I said to you, "You yourselves shall take possession of their land, and I myself shall give it to you to possess it--a land flowing with milk and honey"; I [am] Yahweh your God, who {has set you apart} from the nations.

The princes of Zoan have become foolish; the princes of Memphis are deceived; the leaders of her tribes have led Egypt astray. Yahweh has mixed a spirit of confusion into her midst, and they have caused Egypt to stagger in all of its doings, as {when a drunkard staggers} in his vomit.

"Make him drunk, because he magnified himself against Yahweh, and let Moab wallow in his vomit. And he also will become a laughingstock.

"Though wickedness tastes sweet in his mouth, [and] he hides it under his tongue, [though] he spares it and does not let it go [and] holds it back in the midst of his palate, in his bowels his food is turned, [the] venom of horned vipers [is] {within him}.read more.
He swallows riches, but he vomits them [up]; God drives them out from his stomach.