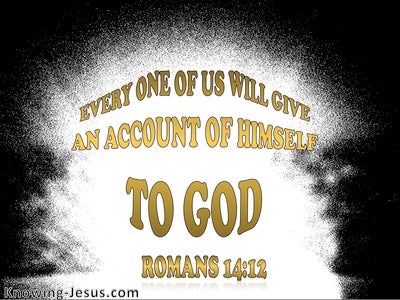 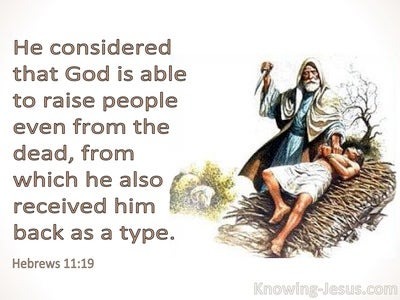 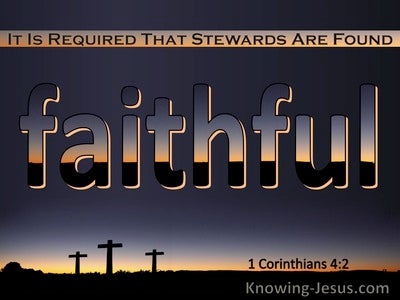 so, then, each of us concerning himself shall give reckoning to God;

'And I say to you, that every idle word that men may speak, they shall give for it a reckoning in a day of judgment;

and they do not reckon with the men into whose hand they give the money to give to those doing the work, for in faithfulness they are dealing.

only, the silver that is given into their hand is not reckoned with them, for in faithfulness they are dealing.

reckoning that even out of the dead God is able to raise up, whence also in a figure he did receive him.

and having called him, he said to him, What is this I hear about thee? render the account of thy stewardship, for thou mayest not any longer be steward.

The number of my steps I tell Him, As a leader I approach Him.

'And after a long time cometh the lord of those servants, and taketh reckoning with them;

'Because of this was the reign of the heavens likened to a man, a king, who did will to take reckoning with his servants,

Jesus answered them, 'Verily, verily, I say to you -- Every one who is committing sin, is a servant of the sin,

'And having called near each one of his lord's debtors, he said to the first, How much dost thou owe to my lord?

Leviticus 25:52
Verse Concepts
A Short Time
According To Time

And if few are left of the years till the year of jubilee, then he hath reckoned with him, according to his years he doth give back his redemption money;

greater wealth having reckoned the reproach of the Christ than the treasures in Egypt, for he did look to the recompense of reward;

Psalm 93:2
Verse Concepts
StabilityGod Being Of Old
God, Sovereignty Of

Established is Thy throne since then, From the age Thou art.

Genesis 42:22
Verse Concepts
Judgement On MurderersWronging Other People
Blood, as symbol of guilt

And Reuben answereth them, saying, 'Spake I not unto you, saying, Sin not against the lad? and ye hearkened not; and his blood also, lo, it is required.'

and as to the rest, it is required in the stewards that one may be found faithful,

but also on ours, to whom it is about to be reckoned -- to us believing on Him who did raise up Jesus our Lord out of the dead,

And he said also unto his disciples, 'A certain man was rich, who had a steward, and he was accused to him as scattering his goods;

avoiding this, lest any one may blame us in this abundance that is ministered by us,

Know well the face of thy flock, Set thy heart to the droves,

for till law sin was in the world: and sin is not reckoned when there is not law;

(according as it hath been written -- 'For Thy sake we are put to death all the day long, we were reckoned as sheep of slaughter,')

by faith we understand the ages to have been prepared by a saying of God, in regard to the things seen not having come out of things appearing;