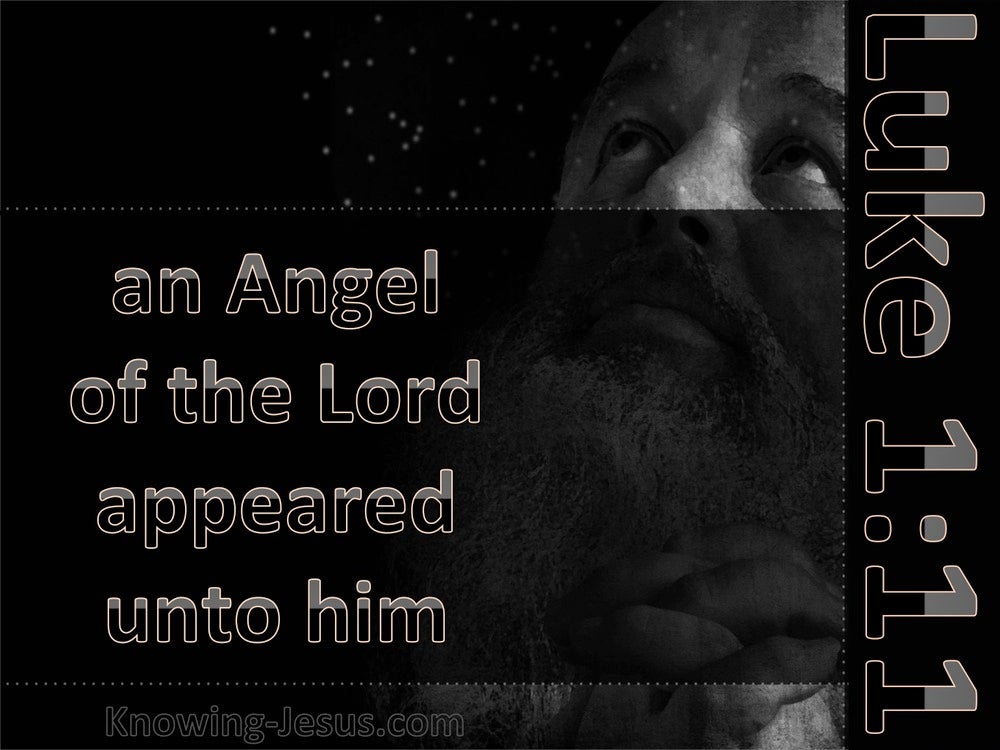 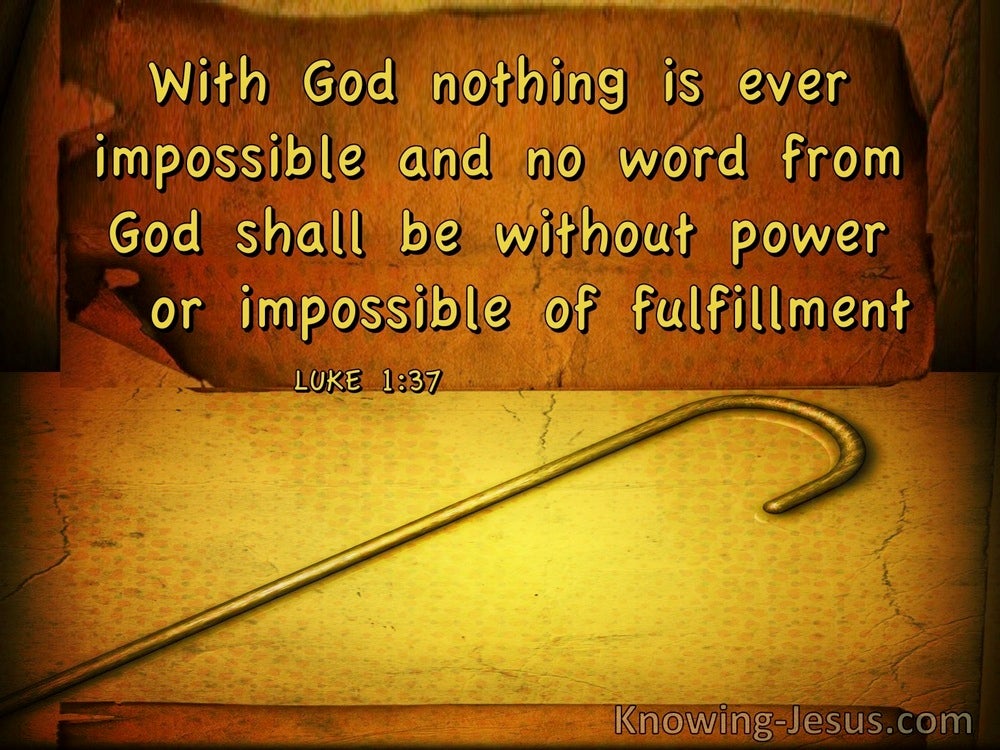 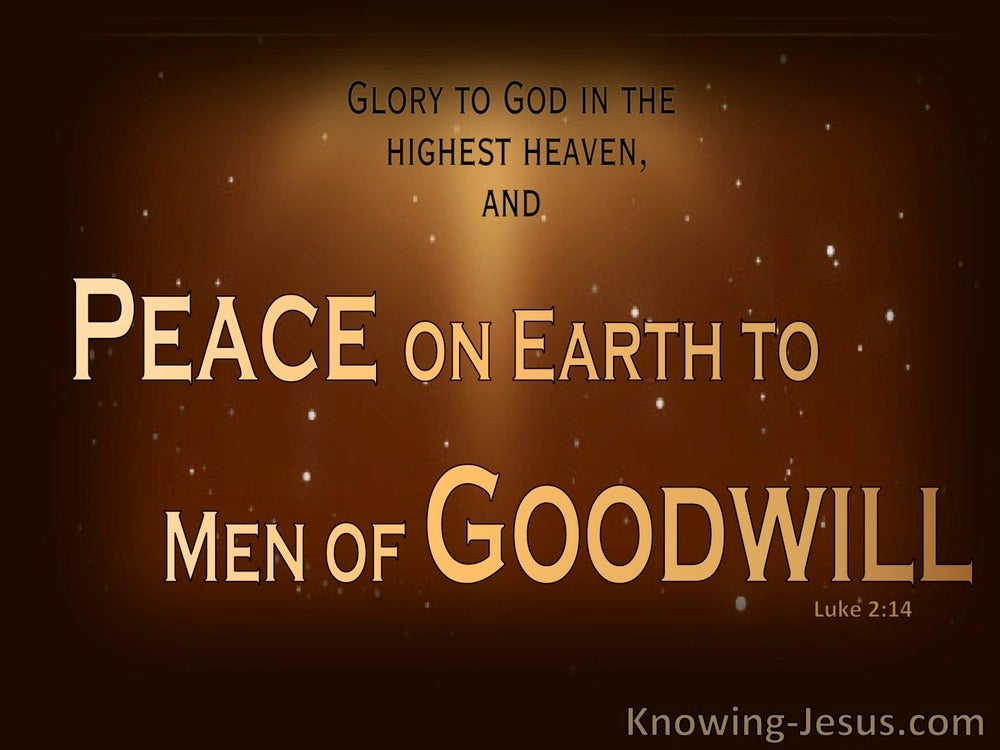 And an angel of the Lord appeared to him, standing to the right of the altar of incense. Zacharias was troubled when he saw the angel, and fear gripped him. But the angel said to him, “Do not be afraid, Zacharias, for your petition has been heard, and your wife Elizabeth will bear you a son, and you will give him the name John.read more.
You will have joy and gladness, and many will rejoice at his birth. For he will be great in the sight of the Lord; and he will drink no wine or liquor, and he will be filled with the Holy Spirit while yet in his mother’s womb. And he will turn many of the sons of Israel back to the Lord their God. It is he who will go as a forerunner before Him in the spirit and power of Elijah, to turn the hearts of the fathers back to the children, and the disobedient to the attitude of the righteous, so as to make ready a people prepared for the Lord.” Zacharias said to the angel, “How will I know this for certain? For I am an old man and my wife is advanced in years.” The angel answered and said to him, “I am Gabriel, who stands in the presence of God, and I have been sent to speak to you and to bring you this good news. And behold, you shall be silent and unable to speak until the day when these things take place, because you did not believe my words, which will be fulfilled in their proper time.”

Now in the sixth month the angel Gabriel was sent from God to a city in Galilee called Nazareth, to a virgin engaged to a man whose name was Joseph, of the descendants of David; and the virgin’s name was Mary. And coming in, he said to her, “Greetings, favored one! The Lord is with you.”read more.
But she was very perplexed at this statement, and kept pondering what kind of salutation this was. The angel said to her, “Do not be afraid, Mary; for you have found favor with God. And behold, you will conceive in your womb and bear a son, and you shall name Him Jesus. He will be great and will be called the Son of the Most High; and the Lord God will give Him the throne of His father David; and He will reign over the house of Jacob forever, and His kingdom will have no end.” Mary said to the angel, “How can this be, since I am a virgin?” The angel answered and said to her, “The Holy Spirit will come upon you, and the power of the Most High will overshadow you; and for that reason the holy Child shall be called the Son of God. And behold, even your relative Elizabeth has also conceived a son in her old age; and she who was called barren is now in her sixth month. For nothing will be impossible with God.” And Mary said, “Behold, the bondslave of the Lord; may it be done to me according to your word.” And the angel departed from her.

In the same region there were some shepherds staying out in the fields and keeping watch over their flock by night. And an angel of the Lord suddenly stood before them, and the glory of the Lord shone around them; and they were terribly frightened. But the angel said to them, “Do not be afraid; for behold, I bring you good news of great joy which will be for all the people;read more.
for today in the city of David there has been born for you a Savior, who is Christ the Lord. This will be a sign for you: you will find a baby wrapped in cloths and lying in a manger.” And suddenly there appeared with the angel a multitude of the heavenly host praising God and saying, “Glory to God in the highest,
And on earth peace among men with whom He is pleased.” When the angels had gone away from them into heaven, the shepherds began saying to one another, “Let us go straight to Bethlehem then, and see this thing that has happened which the Lord has made known to us.”

But Mary was standing outside the tomb weeping; and so, as she wept, she stooped and looked into the tomb; and she *saw two angels in white sitting, one at the head and one at the feet, where the body of Jesus had been lying. And they *said to her, “Woman, why are you weeping?” She *said to them, “Because they have taken away my Lord, and I do not know where they have laid Him.”

And as they were gazing intently into the sky while He was going, behold, two men in white clothing stood beside them.

But during the night an angel of the Lord opened the gates of the prison, and taking them out he said,

But an angel of the Lord spoke to Philip saying, “Get up and go south to the road that descends from Jerusalem to Gaza.” (This is a desert road.)

About the ninth hour of the day he clearly saw in a vision an angel of God who had just come in and said to him, “Cornelius!” And fixing his gaze on him and being much alarmed, he said, “What is it, Lord?” And he said to him, “Your prayers and alms have ascended as a memorial before God. Now dispatch some men to Joppa and send for a man named Simon, who is also called Peter;read more.
he is staying with a tanner named Simon, whose house is by the sea.” When the angel who was speaking to him had left, he summoned two of his servants and a devout soldier of those who were his personal attendants, and after he had explained everything to them, he sent them to Joppa. On the next day, as they were on their way and approaching the city, Peter went up on the housetop about the sixth hour to pray. But he became hungry and was desiring to eat; but while they were making preparations, he fell into a trance; and he *saw the sky opened up, and an object like a great sheet coming down, lowered by four corners to the ground, and there were in it all kinds of four-footed animals and crawling creatures of the earth and birds of the air. A voice came to him, “Get up, Peter, kill and eat!” But Peter said, “By no means, Lord, for I have never eaten anything unholy and unclean.” Again a voice came to him a second time, “What God has cleansed, no longer consider unholy.” This happened three times, and immediately the object was taken up into the sky. Now while Peter was greatly perplexed in mind as to what the vision which he had seen might be, behold, the men who had been sent by Cornelius, having asked directions for Simon’s house, appeared at the gate; and calling out, they were asking whether Simon, who was also called Peter, was staying there. While Peter was reflecting on the vision, the Spirit said to him, “Behold, three men are looking for you. But get up, go downstairs and accompany them without misgivings, for I have sent them Myself.” Peter went down to the men and said, “Behold, I am the one you are looking for; what is the reason for which you have come?” They said, “Cornelius, a centurion, a righteous and God-fearing man well spoken of by the entire nation of the Jews, was divinely directed by a holy angel to send for you to come to his house and hear a message from you.” So he invited them in and gave them lodging.And on the next day he got up and went away with them, and some of the brethren from Joppa accompanied him. On the following day he entered Caesarea. Now Cornelius was waiting for them and had called together his relatives and close friends. When Peter entered, Cornelius met him, and fell at his feet and worshiped him. But Peter raised him up, saying, “Stand up; I too am just a man.” As he talked with him, he entered and *found many people assembled. And he said to them, “You yourselves know how unlawful it is for a man who is a Jew to associate with a foreigner or to visit him; and yet God has shown me that I should not call any man unholy or unclean. That is why I came without even raising any objection when I was sent for. So I ask for what reason you have sent for me.” Cornelius said, “Four days ago to this hour, I was praying in my house during the ninth hour; and behold, a man stood before me in shining garments, and he *said, ‘Cornelius, your prayer has been heard and your alms have been remembered before God. Therefore send to Joppa and invite Simon, who is also called Peter, to come to you; he is staying at the house of Simon the tanner by the sea.’

Acts 27:23
Verse Concepts
People Belong To GodVisions And Dreams In ScriptureAngels, Ministry To BelieversThe Angel Of God
Angel of the LordGuardiansAngelic Guardianship

For this very night an angel of the God to whom I belong and whom I serve stood before me,