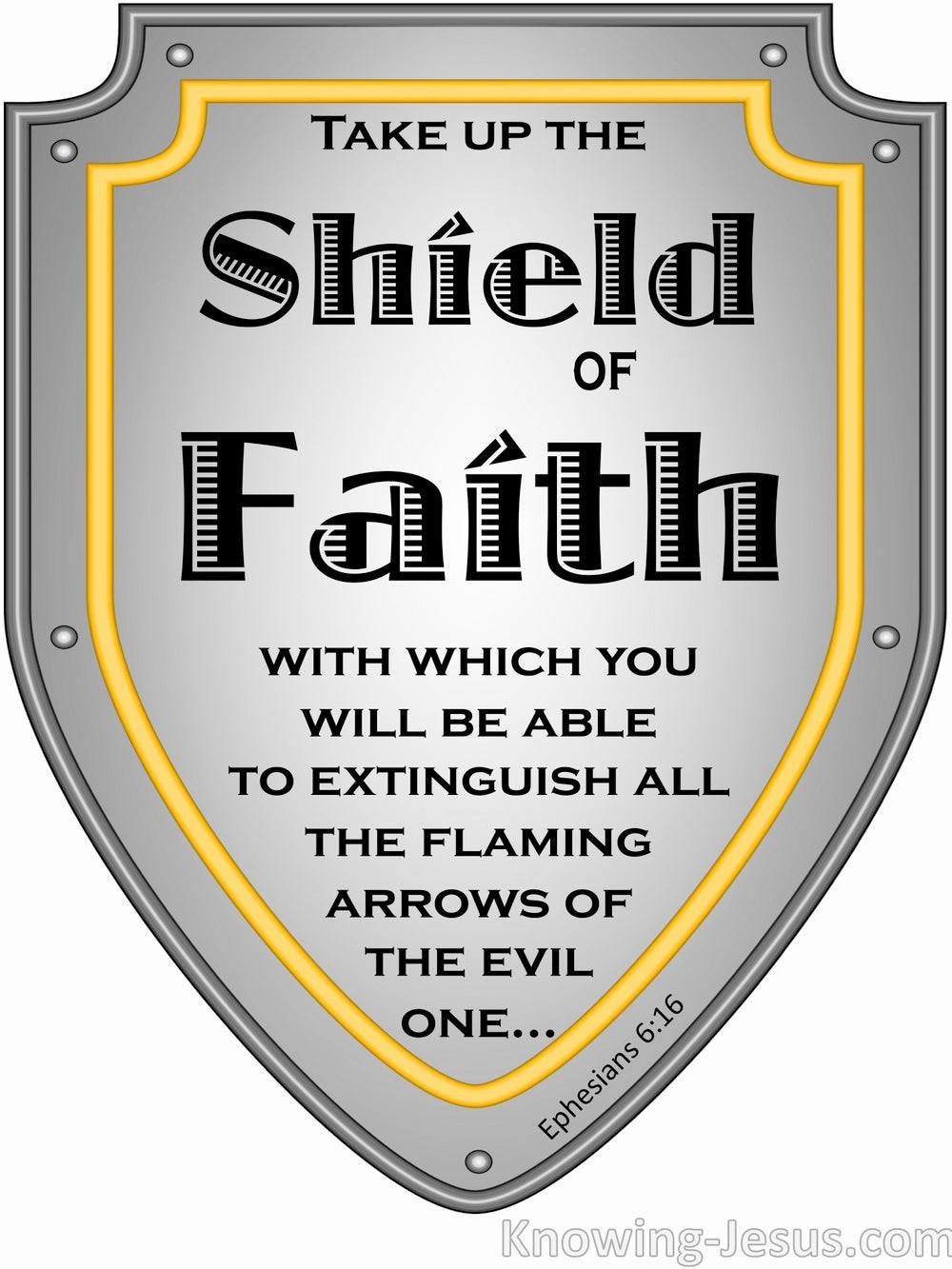 How blessed is the man whose quiver is full of them;
They will not be ashamed
When they speak with their enemies in the gate.

He has made My mouth like a sharp sword,
In the shadow of His hand He has concealed Me;
And He has also made Me a select arrow,
He has hidden Me in His quiver.

Then he said, “Take the arrows,” and he took them. And he said to the king of Israel, “Strike the ground,” and he struck it three times and stopped.

But God will shoot at them with an arrow;
Suddenly they will be wounded.

in addition to all, taking up the shield of faith with which you will be able to extinguish all the flaming arrows of the evil one.

You will not be afraid of the terror by night,
Or of the arrow that flies by day;

Now then, please take your gear, your quiver and your bow, and go out to the field and hunt game for me;

For Your arrows have sunk deep into me,
And Your hand has pressed down on me.

For, behold, the wicked bend the bow,
They make ready their arrow upon the string
To shoot in darkness at the upright in heart.

Let them flow away like water that runs off;
When he aims his arrows, let them be as headless shafts.

Like a madman who throws
Firebrands, arrows and death,

“For the arrows of the Almighty are within me,
Their poison my spirit drinks;
The terrors of God are arrayed against me.

He has also prepared for Himself deadly weapons;
He makes His arrows fiery shafts.

In Jerusalem he made engines of war invented by skillful men to be on the towers and on the corners for the purpose of shooting arrows and great stones. Hence his fame spread afar, for he was marvelously helped until he was strong.

‘I will make My arrows drunk with blood,
And My sword will devour flesh,
With the blood of the slain and the captives,
From the long-haired leaders of the enemy.’

Sharp arrows of the warrior,
With the burning coals of the broom tree.

Flash forth lightning and scatter them;
Send out Your arrows and confuse them.

Who have sharpened their tongue like a sword.
They aimed bitter speech as their arrow,

He sent out His arrows, and scattered them,
And lightning flashes in abundance, and routed them.

Then the Lord will appear over them,
And His arrow will go forth like lightning;
And the Lord God will blow the trumpet,
And will march in the storm winds of the south.

Sharpen the arrows, fill the quivers!
The Lord has aroused the spirit of the kings of the Medes,
Because His purpose is against Babylon to destroy it;
For it is the vengeance of the Lord, vengeance for His temple.

Sun and moon stood in their places;
They went away at the light of Your arrows,
At the radiance of Your gleaming spear.

Until an arrow pierces through his liver;
As a bird hastens to the snare,
So he does not know that it will cost him his life.

I will strike your bow from your left hand and dash down your arrows from your right hand.

“Their tongue is a deadly arrow;
It speaks deceit;
With his mouth one speaks peace to his neighbor,
But inwardly he sets an ambush for him.

They were equipped with bows, using both the right hand and the left to sling stones and to shoot arrows from the bow; they were Saul’s kinsmen from Benjamin.

When I send against them the

'I will heap misfortunes on them; I will use My arrows on them. 'They will be wasted by famine, and consumed by plague And bitter destruction; And the teeth of beasts I will send upon them, With the venom of crawling things of the dust. 'Outside the sword will bereave, And inside terror-- Both young man and virgin, The nursling with the man of gray hair. read more.
'I would have said, "I will cut them to pieces, I will remove the memory of them from men," Had I not feared the provocation by the enemy, That their adversaries would misjudge, That they would say, "Our hand is triumphant, And the LORD has not done all this."' "For they are a nation lacking in counsel, And there is no understanding in them. "Would that they were wise, that they understood this, That they would discern their future! "How could one chase a thousand, And two put ten thousand to flight, Unless their Rock had sold them, And the LORD had given them up? "Indeed their rock is not like our Rock, Even our enemies themselves judge this. "For their vine is from the vine of Sodom, And from the fields of Gomorrah; Their grapes are grapes of poison, Their clusters, bitter. "Their wine is the venom of serpents, And the deadly poison of cobras. 'Is it not laid up in store with Me, Sealed up in My treasuries? 'Vengeance is Mine, and retribution, In due time their foot will slip; For the day of their calamity is near, And the impending things are hastening upon them.' "For the LORD will vindicate His people, And will have compassion on His servants, When He sees that their strength is gone, And there is none remaining, bond or free. "And He will say, 'Where are their gods, The rock in which they sought refuge? 'Who ate the fat of their sacrifices, And drank the wine of their drink offering? Let them rise up and help you, Let them be your hiding place! 'See now that I, I am He, And there is no god besides Me; It is I who put to death and give life I have wounded and it is I who heal, And there is no one who can deliver from My hand. 'Indeed, I lift up My hand to heaven, And say, as I live forever, If I sharpen My flashing sword, And My hand takes hold on justice, I will render vengeance on My adversaries, And I will repay those who hate Me. 'I will make My arrows drunk with blood, And My sword will devour flesh, With the blood of the slain and the captives, From the long-haired leaders of the enemy.'

Arrows » Carried in a quiver

Arrows » Discharged » From a bow

People will come there with bows and arrows because all the land will be briars and thorns.

In Jerusalem he made engines of war invented by skillful men to be on the towers and on the corners for the purpose of shooting arrows and great stones. Hence his

Arrows » Discharged » At a mark for amusement

The clouds poured out water; The skies gave forth a sound; Your arrows flashed here and there. The sound of Your thunder was in the whirlwind; The lightnings lit up the world; The earth trembled and shook.

Arrows » Fleetness of, alluded to

Arrows » The ancients divined by

For the king of Babylon stands at the

Arrows » Illustrative » (falling from the hand), of the paralyzing power

Arrows » Discharged » At the beasts of the earth

Arrows » Illustrative » Of devices of the wicked

Arrows » Illustrative » Of the word of Christ

Bow And Arrows, Illustrations Of

Bow And Arrows, Symbol Of Strength

Bow And Arrows, Uses Of