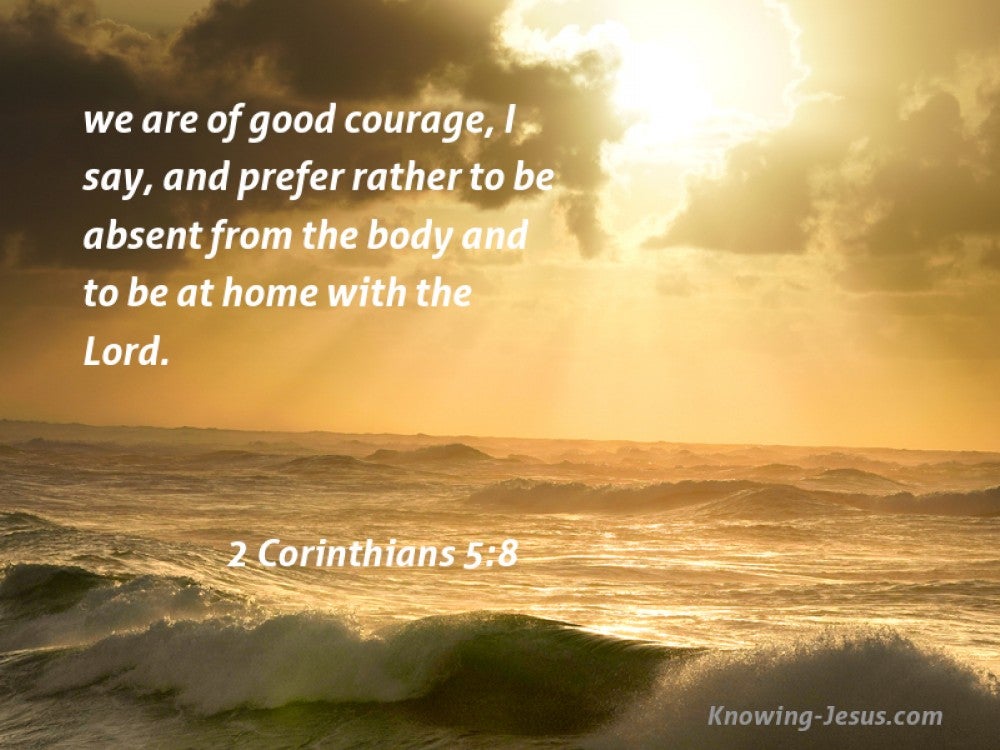 But I am hard-pressed from both directions, having the desire to depart and be with Christ, for that is very much better;