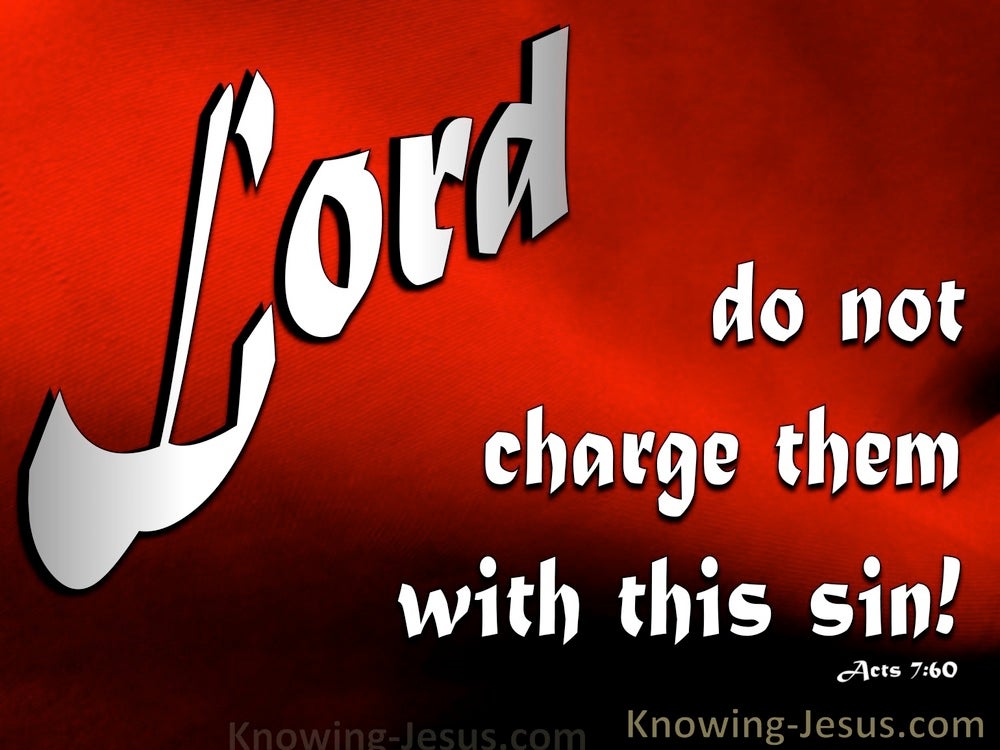 And when the blood of Your witness Stephen was being shed, I also was standing by approving, and watching out for the coats of those who were slaying him.’

‘I know where you dwell, where Satan’s throne is; and you hold fast My name, and did not deny My faith even in the days of Antipas, My witness, My faithful one, who was killed among you, where Satan dwells.

and they cried out with a loud voice, saying, “How long, O Lord, holy and true, will You refrain from judging and avenging our blood on those who dwell on the earth?”

Then I saw thrones, and they sat on them, and judgment was given to them. And I saw the souls of those who had been beheaded because of their testimony of Jesus and because of the word of God, and those who had not worshiped the beast or his image, and had not received the mark on their forehead and on their hand; and they came to life and reigned with Christ for a thousand years.

And he had James the brother of John put to death with a sword.

And I heard a voice from heaven, saying, “Write, ‘Blessed are the dead who die in the Lord from now on!’” “Yes,” says the Spirit, “so that they may rest from their labors, for their deeds follow with them.”

Now this He said, signifying by what kind of death he would glorify God. And when He had spoken this, He *said to him, “Follow Me!”

I said to him, “My lord, you know.” And he said to me, “These are the ones who come out of the great tribulation, and they have washed their robes and made them white in the blood of the Lamb.

Then I heard a loud voice in heaven, saying,“Now the salvation, and the power, and the kingdom of our God and the authority of His Christ have come, for the accuser of our brethren has been thrown down, he who accuses them before our God day and night.

Luke 11:51
Verse Concepts
Named Prophets Of The LordAbel and Cain
Martyrdom Of The Saints

from the blood of Abel to the blood of Zechariah, who was killed between the altar and the house of God; yes, I tell you, it shall be charged against this generation.’

But even if you should suffer for the sake of righteousness, you are blessed. And do not fear their intimidation, and do not be troubled,

Then falling on his knees, he cried out with a loud voice, “Lord, do not hold this sin against them!” Having said this, he fell asleep.

quenched the power of fire, escaped the edge of the sword, from weakness were made strong, became mighty in war, put foreign armies to flight.

I shall lift up the cup of salvation
And call upon the name of the Lord.

Martyrdom » Instances of » The prophets

And what more shall I say? For time will fail me if I tell of Gideon, Barak, Samson, Jephthah, of David and Samuel and the prophets, who by faith conquered kingdoms, performed acts of righteousness, obtained promises, shut the mouths of lions, quenched the power of fire, escaped the edge of the sword, from weakness were made strong, became mighty in war, put foreign armies to flight. read more.
Women received back their dead by resurrection; and others were tortured, not accepting their release, so that they might obtain a better resurrection; and others experienced mockings and scourgings, yes, also chains and imprisonment. They were stoned, they were sawn in two, they were tempted, they were put to death with the sword; they went about in sheepskins, in goatskins, being destitute, afflicted, ill-treated

Martyrdom » The apostacy guilty of inflicting

And I saw the woman drunk with

And in her was found the

Martyrdom » Inflicted at the instigation of the devil

Martyrdom » Is death endured for the word of God, and testimony of Christ

Martyrdom » Saints » Should not fear

Martyrdom » Saints » Should be prepared for

Then Jesus said to His disciples, "If anyone wishes to come after Me, he must deny himself, and take up his cross and follow Me. "For whoever wishes to save his life will lose it; but whoever loses his life for My sake will find it.

And they brought Uriah from Egypt and led him to King Jehoiakim, who

"Truly, truly, I say to you, when you were younger, you used to gird yourself and walk wherever you wished; but when you grow old, you will stretch out your hands and someone else will gird you, and bring you where you do not wish to go." Now this He said, signifying by what kind of death he would glorify God And when He had spoken this, He said to him, "Follow Me!"

Martyrdom » Of saints, shall be avenged

So they conspired against him and at the command of the king they stoned him to death in the court of the house of the LORD. Thus Joash the king did not remember the kindness which his father Jehoiada had shown him, but he murdered his son. And as he died he said, "May the LORD see and avenge!"

Martyrdom » Saints » Should resist sin unto

Martyrdom » Instances of » John the baptist

For John had been saying to Herod, "It is not lawful for you to have your brother's wife." Herodias had a grudge against him and wanted to put him to death and could not do so; for Herod was afraid of John, knowing that he was a righteous and holy man, and he kept him safe. And when he heard him, he was very perplexed; but he used to enjoy listening to him. read more.
A strategic day came when Herod on his birthday gave a banquet for his lords and military commanders and the leading men of Galilee; and when the daughter of Herodias herself came in and danced, she pleased Herod and his dinner guests; and the king said to the girl, "Ask me for whatever you want and I will give it to you." And he swore to her, "Whatever you ask of me, I will give it to you; up to half of my kingdom." And she went out and said to her mother, "What shall I ask for?" And she said, "The head of John the Baptist." Immediately she came in a hurry to the king and asked, saying, "I want you to give me at once the head of John the Baptist on a platter." And although the king was very sorry, yet because of his oaths and because of his dinner guests, he was unwilling to refuse her. Immediately the king sent an executioner and commanded him to bring back his head. And he went and had him beheaded in the prison, and brought his head on a platter, and gave it to the girl; and the girl gave it to her mother.

When they had driven him out of the city, they began stoning him; and the witnesses laid aside their robes at the feet of a young man named Saul. They went on stoning Stephen as he called on the Lord and said, "Lord Jesus, receive my spirit!" Then falling on his knees, he cried out with a loud voice, "Lord, do not hold this sin against them!" Having said this, he fell asleep.

Immediately the king sent an executioner and commanded him to bring back his head. And he went and had him beheaded in the prison,

So it came about in the course of time that Cain brought an offering to the LORD of the fruit of the ground. Abel, on his part also brought of the firstlings of his flock and of their fat portions And the LORD had regard for Abel and for his offering; but for Cain and for his offering He had no regard So Cain became very angry and his countenance fell. read more.
Then the LORD said to Cain, "Why are you angry? And why has your countenance fallen? "If you do well, will not your countenance be lifted up? And if you do not do well, sin is crouching at the door; and its desire is for you, but you must master it." Cain told Abel his brother. And it came about when they were in the field, that Cain rose up against Abel his brother and killed him.

Martyrdom » Instances of » James the apostle

For I am already being

Then Paul answered, “What are you doing, weeping and breaking my heart? For

Martyrdom Of The Saints

He sent and had John beheaded in the prison.