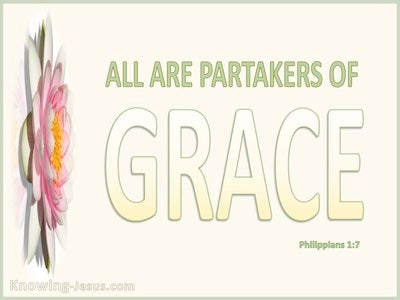 Now after Abimelech died, Tola the son of Puah, the son of Dodo, a man of Issachar, arose to save Israel; and he lived in Shamir in the hill country of Ephraim.

Now after him was Shammah the son of Agee a Hararite. And the Philistines were gathered into a troop where there was a plot of ground full of lentils, and the people fled from the Philistines. But he took his stand in the midst of the plot, defended it and struck the Philistines; and the Lord brought about a great victory.

My shield is with God,
Who saves the upright in heart.

“Brethren and fathers, hear my defense which I now offer to you.”

For it is only right for me to feel this way about you all, because I have you in my heart, since both in my imprisonment and in the defense and confirmation of the gospel, you all are partakers of grace with me.

Defense » Who the lord defends

The LORD is my strength and my shield; My heart trusts in Him, and I am helped; Therefore my heart exults, And with my song I shall thank Him. The LORD is their strength, And He is a saving defense to His anointed.

Defense » What is a defense

I will say to the LORD, "My refuge and my fortress, My God, in whom I trust!" For it is He who delivers you from the snare of the trapper And from the deadly pestilence. He will cover you with His pinions, And under His wings you may seek refuge; His faithfulness is a shield and bulwark.

Paul, looking intently at the Council, said, "Brethren, I have lived my life with a perfectly good conscience before God up to this day." The high priest Ananias commanded those standing beside him to strike him on the mouth. Then Paul said to him, "God is going to strike you, you whitewashed wall! Do you sit to try me according to the Law, and in violation of the Law order me to be struck?" read more.
But the bystanders said, "Do you revile God's high priest?" And Paul said, "I was not aware, brethren, that he was high priest; for it is written, 'YOU SHALL NOT SPEAK EVIL OF A RULER OF YOUR PEOPLE.'" But perceiving that one group were Sadducees and the other Pharisees, Paul began crying out in the Council, "Brethren, I am a Pharisee, a son of Pharisees; I am on trial for the hope and resurrection of the dead!"

When the governor had nodded for him to speak, Paul responded: "Knowing that for many years you have been a judge to this nation, I cheerfully make my defense, since you can take note of the fact that no more than twelve days ago I went up to Jerusalem to worship. "Neither in the temple, nor in the synagogues, nor in the city itself did they find me carrying on a discussion with anyone or causing a riot. read more.
"Nor can they prove to you the charges of which they now accuse me. "But this I admit to you, that according to the Way which they call a sect I do serve the God of our fathers, believing everything that is in accordance with the Law and that is written in the Prophets; having a hope in God, which these men cherish themselves, that there shall certainly be a resurrection of both the righteous and the wicked. "In view of this, I also do my best to maintain always a blameless conscience both before God and before men. "Now after several years I came to bring alms to my nation and to present offerings; in which they found me occupied in the temple, having been purified, without any crowd or uproar But there were some Jews from Asia-- who ought to have been present before you and to make accusation, if they should have anything against me. "Or else let these men themselves tell what misdeed they found when I stood before the Council, other than for this one statement which I shouted out while standing among them, 'For the resurrection of the dead I am on trial before you today.'"

Agrippa said to Paul, "You are permitted to speak for yourself." Then Paul stretched out his hand and proceeded to make his defense: "In regard to all the things of which I am accused by the Jews, I consider myself fortunate, King Agrippa, that I am about to make my defense before you today; especially because you are an expert in all customs and questions among the Jews; therefore I beg you to listen to me patiently. read more.
"So then, all Jews know my manner of life from my youth up, which from the beginning was spent among my own nation and at Jerusalem; since they have known about me for a long time, if they are willing to testify, that I lived as a Pharisee according to the strictest sect of our religion. "And now I am standing trial for the hope of the promise made by God to our fathers; the promise to which our twelve tribes hope to attain, as they earnestly serve God night and day And for this hope, O King, I am being accused by Jews. "Why is it considered incredible among you people if God does raise the dead? "So then, I thought to myself that I had to do many things hostile to the name of Jesus of Nazareth. "And this is just what I did in Jerusalem; not only did I lock up many of the saints in prisons, having received authority from the chief priests, but also when they were being put to death I cast my vote against them. "And as I punished them often in all the synagogues, I tried to force them to blaspheme; and being furiously enraged at them, I kept pursuing them even to foreign cities. "While so engaged as I was journeying to Damascus with the authority and commission of the chief priests, at midday, O King, I saw on the way a light from heaven, brighter than the sun, shining all around me and those who were journeying with me. "And when we had all fallen to the ground, I heard a voice saying to me in the Hebrew dialect, 'Saul, Saul, why are you persecuting Me? It is hard for you to kick against the goads.' "And I said, 'Who are You, Lord?' And the Lord said, 'I am Jesus whom you are persecuting. 'But get up and stand on your feet; for this purpose I have appeared to you, to appoint you a minister and a witness not only to the things which you have seen, but also to the things in which I will appear to you; rescuing you from the Jewish people and from the Gentiles, to whom I am sending you, to open their eyes so that they may turn from darkness to light and from the dominion of Satan to God, that they may receive forgiveness of sins and an inheritance among those who have been sanctified by faith in Me.' "So, King Agrippa, I did not prove disobedient to the heavenly vision, but kept declaring both to those of Damascus first, and also at Jerusalem and then throughout all the region of Judea, and even to the Gentiles, that they should repent and turn to God, performing deeds appropriate to repentance. "For this reason some Jews seized me in the temple and tried to put me to death. "So, having obtained help from God, I stand to this day testifying both to small and great, stating nothing but what the Prophets and Moses said was going to take place; that the Christ was to suffer, and that by reason of His resurrection from the dead He would be the first to proclaim light both to the Jewish people and to the Gentiles."

Then Peter, filled with the Holy Spirit, said to them, "Rulers and elders of the people, if we are on trial today for a benefit done to a sick man, as to how this man has been made well, let it be known to all of you and to all the people of Israel, that by the name of Jesus Christ the Nazarene, whom you crucified, whom God raised from the dead--by this name this man stands here before you in good health. read more.
"He is the STONE WHICH WAS REJECTED by you, THE BUILDERS, but WHICH BECAME THE CHIEF CORNER stone. "And there is salvation in no one else; for there is no other name under heaven that has been given among men by which we must be saved." Now as they observed the confidence of Peter and John and understood that they were uneducated and untrained men, they were amazed, and began to recognize them as having been with Jesus.

saying, "We found the prison house locked quite securely and the guards standing at the doors; but when we had opened up, we found no one inside." Now when the captain of the temple guard and the chief priests heard these words, they were greatly perplexed about them as to what would come of this. But someone came and reported to them, "The men whom you put in prison are standing in the temple and teaching the people!" read more.
Then the captain went along with the officers and proceeded to bring them back without violence (for they were afraid of the people, that they might be stoned). When they had brought them, they stood them before the Council. The high priest questioned them, saying, "We gave you strict orders not to continue teaching in this name, and yet, you have filled Jerusalem with your teaching and intend to bring this man's blood upon us." But Peter and the apostles answered, "We must obey God rather than men.

Then Jeremiah spoke to all the officials and to all the people, saying, "The LORD sent me to prophesy against this house and against this city all the words that you have heard. "Now therefore amend your ways and your deeds and obey the voice of the LORD your God; and the LORD will change His mind about the misfortune which He has pronounced against you. "But as for me, behold, I am in your hands; do with me as is good and right in your sight. read more.
"Only know for certain that if you put me to death, you will bring innocent blood on yourselves, and on this city and on its inhabitants; for truly the LORD has sent me to you to speak all these words in your hearing." Then the officials and all the people said to the priests and to the prophets, "No death sentence for this man! For he has spoken to us in the name of the LORD our God."