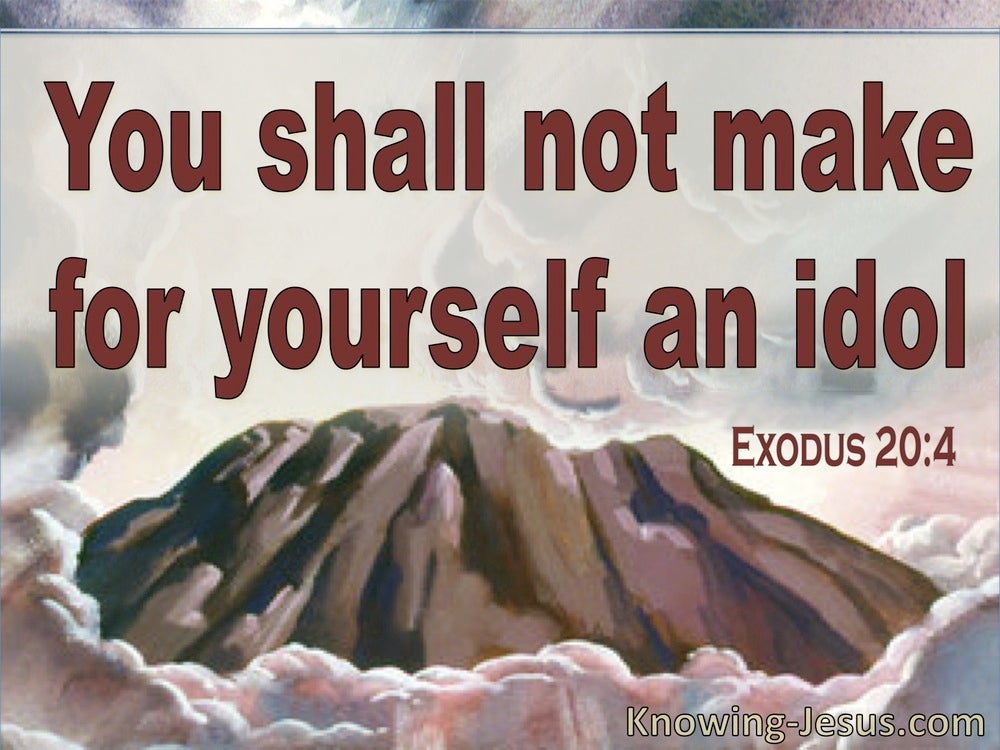 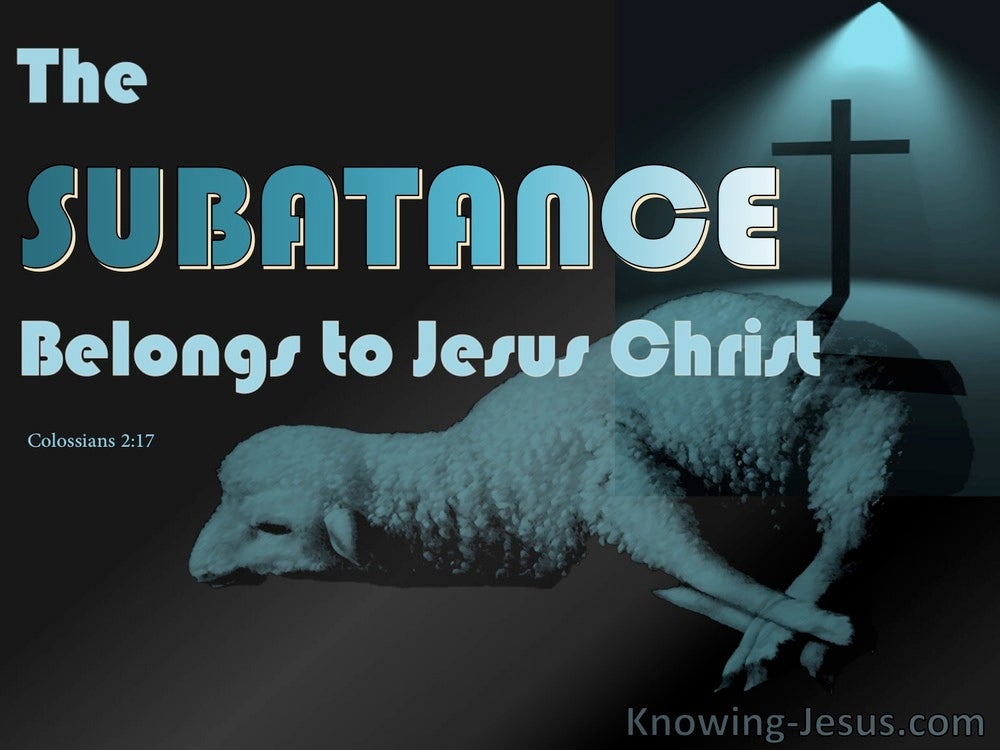 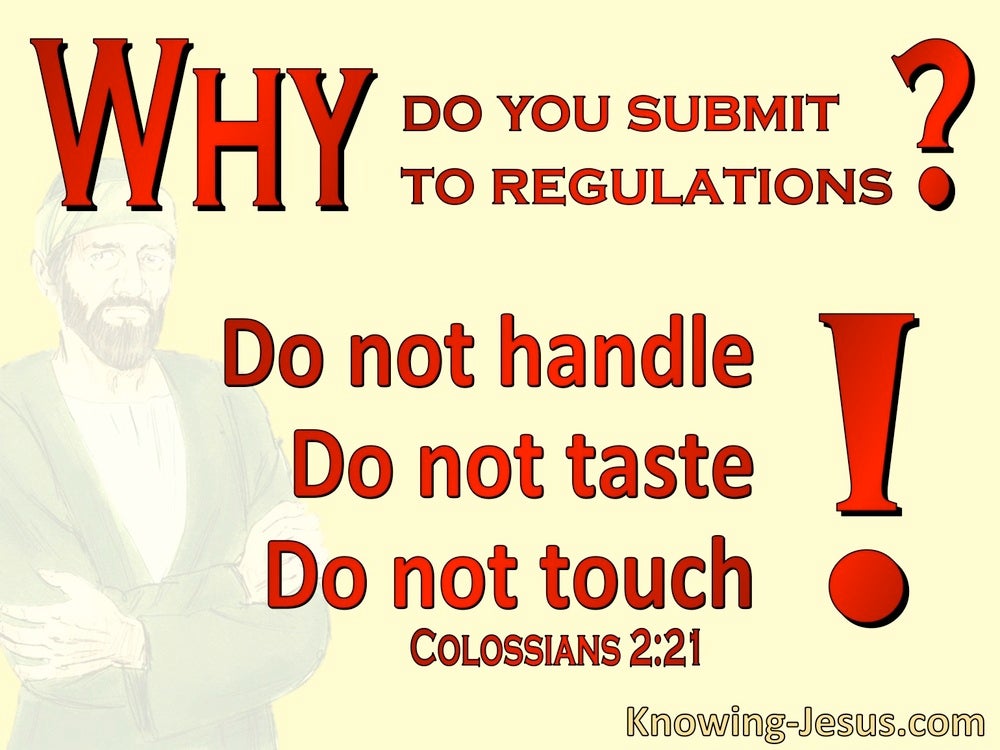 “Beware of the false prophets, who come to you in sheep’s clothing, but inwardly are ravenous wolves. You will know them by their fruits. Grapes are not gathered from thorn bushes nor figs from thistles, are they?

“You shall have no other gods before Me. “You shall not make for yourself an idol, or any likeness of what is in heaven above or on the earth beneath or in the water under the earth.

“If a prophet or a dreamer of dreams arises among you and gives you a sign or a wonder, and the sign or the wonder comes true, concerning which he spoke to you, saying, ‘Let us go after other gods (whom you have not known) and let us serve them,’ you shall not listen to the words of that prophet or that dreamer of dreams; for the Lord your God is testing you to find out if you love the Lord your God with all your heart and with all your soul.

Beloved, do not believe every spirit, but test the spirits to see whether they are from God, because many false prophets have gone out into the world. By this you know the Spirit of God: every spirit that confesses that Jesus Christ has come in the flesh is from God;

Then the Lord said to me, “The prophets are prophesying falsehood in My name. I have neither sent them nor commanded them nor spoken to them; they are prophesying to you a false vision, divination, futility and the deception of their own minds.

Her prophets have smeared whitewash for them, seeing false visions and divining lies for them, saying, ‘Thus says the Lord God,’ when the Lord has not spoken.

When they had gone through the whole island as far as Paphos, they found a magician, a Jewish false prophet whose name was Bar-Jesus,

Then a spirit came forward and stood before the Lord and said, ‘I will entice him.’ The Lord said to him, ‘How?’ And he said, ‘I will go out and be a deceiving spirit in the mouth of all his prophets.’ Then He said, ‘You are to entice him and also prevail. Go and do so.’

“They keep saying to those who despise Me,
‘The Lord has said, “You will have peace”’;
And as for everyone who walks in the stubbornness of his own heart,
They say, ‘Calamity will not come upon you.’
“But who has stood in the council of the Lord,
That he should see and hear His word?
Who has given heed to His word and listened?

“I did not send these prophets,
But they ran.
I did not speak to them,
But they prophesied.

Jeremiah 29:31
Verse Concepts
Prophets Who Were Not SentGod Not Sending
Trusting Deceptive Things

“Send to all the exiles, saying, ‘Thus says the Lord concerning Shemaiah the Nehelamite, “Because Shemaiah has prophesied to you, although I did not send him, and he has made you trust in a lie,”

Therefore no one is to act as your judge in regard to food or drink or in respect to a festival or a new moon or a Sabbath day— things which are a mere shadow of what is to come; but the substance belongs to Christ. Let no one keep defrauding you of your prize by delighting in self-abasement and the worship of the angels, taking his stand on visions he has seen, inflated without cause by his fleshly mind,read more.
and not holding fast to the head, from whom the entire body, being supplied and held together by the joints and ligaments, grows with a growth which is from God. If you have died with Christ to the elementary principles of the world, why, as if you were living in the world, do you submit yourself to decrees, such as, “Do not handle, do not taste, do not touch!” (which all refer to things destined to perish with use)—in accordance with the commandments and teachings of men? These are matters which have, to be sure, the appearance of wisdom in self-made religion and self-abasement and severe treatment of the body, but are of no value against fleshly indulgence.

Thus says the Lord of hosts,
“Do not listen to the words of the prophets who are prophesying to you.
They are leading you into futility;
They speak a vision of their own imagination,
Not from the mouth of the Lord.

Then the word of the Lord came to me saying, “Son of man, prophesy against the shepherds of Israel. Prophesy and say to those shepherds, ‘Thus says the Lord God, “Woe, shepherds of Israel who have been feeding themselves! Should not the shepherds feed the flock? You eat the fat and clothe yourselves with the wool, you slaughter the fat sheep without feeding the flock.read more.
Those who are sickly you have not strengthened, the diseased you have not healed, the broken you have not bound up, the scattered you have not brought back, nor have you sought for the lost; but with force and with severity you have dominated them. They were scattered for lack of a shepherd, and they became food for every beast of the field and were scattered. My flock wandered through all the mountains and on every high hill; My flock was scattered over all the surface of the earth, and there was no one to search or seek for them.”’” Therefore, you shepherds, hear the word of the Lord:

Be on guard for yourselves and for all the flock, among which the Holy Spirit has made you overseers, to shepherd the church of God which He purchased with His own blood. I know that after my departure savage wolves will come in among you, not sparing the flock; and from among your own selves men will arise, speaking perverse things, to draw away the disciples after them.

For I am jealous for you with a godly jealousy; for I betrothed you to one husband, so that to Christ I might present you as a pure virgin. But I am afraid that, as the serpent deceived Eve by his craftiness, your minds will be led astray from the simplicity and purity of devotion to Christ.

But even if we, or an angel from heaven, should preach to you a gospel contrary to what we have preached to you, he is to be accursed!

‘I know your deeds and your toil and perseverance, and that you cannot tolerate evil men, and you put to the test those who call themselves apostles, and they are not, and you found them to be false;

But examine everything carefully; hold fast to that which is good;

But the prophet who speaks a word presumptuously in My name which I have not commanded him to speak, or which he speaks in the name of other gods, that prophet shall die.’

Therefore thus says the Lord concerning the prophets who are prophesying in My name, although it was not I who sent them—yet they keep saying, ‘There will be no sword or famine in this land’—by sword and famine those prophets shall meet their end!

Therefore thus says the Lord, ‘Behold, I am about to remove you from the face of the earth. This year you are going to die, because you have counseled rebellion against the Lord.’” So Hananiah the prophet died in the same year in the seventh month.

therefore thus says the Lord, “Behold, I am about to punish Shemaiah the Nehelamite and his descendants; he will not have anyone living among this people, and he will not see the good that I am about to do to My people,” declares the Lord, “because he has preached rebellion against the Lord.”’”

But, “Ah, Lord God!” I said, “Look, the prophets are telling them, ‘You will not see the sword nor will you have famine, but I will give you lasting peace in this place.’” Then the Lord said to me, “The prophets are prophesying falsehood in My name. I have neither sent them nor commanded them nor spoken to them; they are prophesying to you a false vision, divination, futility and the deception of their own minds. Therefore thus says the Lord concerning the prophets who are prophesying in My name, although it was not I who sent them—yet they keep saying, ‘There will be no sword or famine in this land’—by sword and famine those prophets shall meet their end!read more.
The people also to whom they are prophesying will be thrown out into the streets of Jerusalem because of the famine and the sword; and there will be no one to bury them—neither them, nor their wives, nor their sons, nor their daughters—for I will pour out their own wickedness on them.