16 Bible Verses about Fear Of The Lord 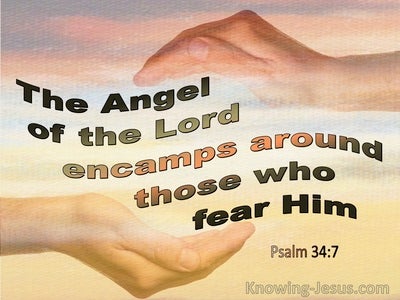 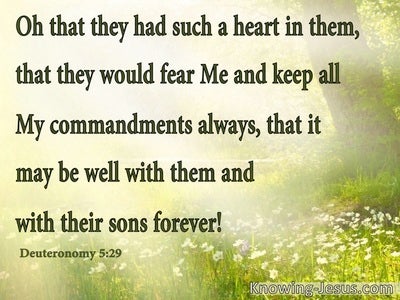 Then he charged them saying, “Thus you shall do in the fear of the Lord, faithfully and wholeheartedly.

The angel of the Lord encamps around those who fear Him,
And rescues them.

Only fear the Lord and serve Him in truth with all your heart; for consider what great things He has done for you.

The fear of the Lord is the beginning of wisdom;
A good understanding have all those who do His commandments;
His praise endures forever.

You shall follow the Lord your God and fear Him; and you shall keep His commandments, listen to His voice, serve Him, and cling to Him.

Oh that they had such a heart in them, that they would fear Me and keep all My commandments always, that it may be well with them and with their sons forever!

You shall fear only the Lord your God; and you shall worship Him and swear by His name.

so that you and your son and your grandson might fear the Lord your God, to keep all His statutes and His commandments which I command you, all the days of your life, and that your days may be prolonged.

Do not be wise in your own eyes;
Fear the Lord and turn away from evil.

By lovingkindness and truth iniquity is atoned for,
And by the fear of the Lord one keeps away from evil.

He will bless those who fear the Lord,
The small together with the great.

He will fulfill the desire of those who fear Him;
He will also hear their cry and will save them.

“And His mercy is upon generation after generation
Toward those who fear Him.

Rulers' » Righteous » Instances of » hezekiah » Fear of the lord

Rulers' » Righteous » Instances of » hezekiah » Fear of the lord

In those days Hezekiah became mortally ill And Isaiah the prophet the son of Amoz came to him and said to him, "Thus says the LORD, 'Set your house in order, for you shall die and not live.'" Then he turned his face to the wall and prayed to the LORD, saying, "Remember now, O LORD, I beseech You, how I have walked before You in truth and with a whole heart and have done what is good in Your sight " And Hezekiah wept bitterly. read more.
Before Isaiah had gone out of the middle court, the word of the LORD came to him, saying, "Return and say to Hezekiah the leader of My people, 'Thus says the LORD, the God of your father David, "I have heard your prayer, I have seen your tears; behold, I will heal you. On the third day you shall go up to the house of the LORD. "I will add fifteen years to your life, and I will deliver you and this city from the hand of the king of Assyria; and I will defend this city for My own sake and for My servant David's sake."'" Then Isaiah said, "Take a cake of figs." And they took and laid it on the boil, and he recovered. Now Hezekiah said to Isaiah, "What will be the sign that the LORD will heal me, and that I shall go up to the house of the LORD the third day?" Isaiah said, "This shall be the sign to you from the LORD, that the LORD will do the thing that He has spoken: shall the shadow go forward ten steps or go back ten steps?" So Hezekiah answered, "It is easy for the shadow to decline ten steps; no, but let the shadow turn backward ten steps." Isaiah the prophet cried to the LORD, and He brought the shadow on the stairway back ten steps by which it had gone down on the stairway of Ahaz.

Topics on Fear Of The Lord

The Fear Of The Lord